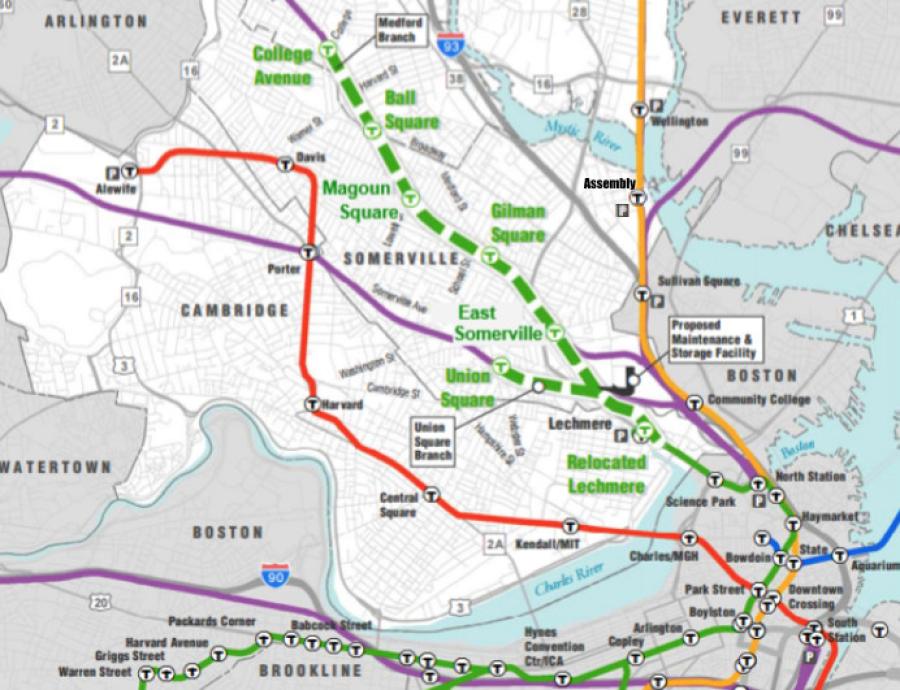 The U.S. Department of Transportation (DOT) announced that it will issue $100 million in grant funding to the Massachusetts Bay Transportation Authority (MBTA) for its Green Line Extension (GLX) light rail project.

The grant represents the first installment of Capital Investment Grants (CIG) Program funding for the GLX after the Federal Transit Administration (FTA) signed a Full Funding Grant Agreement (FFGA) with MBTA for the 4.7-mi. light rail line from Cambridge to Medford.

“Governor Charlie Baker's commitment to responsibly manage taxpayer dollars in the building of this project was persuasive,” said U.S. Secretary of Transportation Elaine L. Chao. “The region can now look forward to an enhanced transportation network as the Green Line is extended to serve tens of thousands of area residents daily.”

FTA is providing these funds after MBTA completed a series of reviews to redesign the GLX project to contain costs without sacrificing schedule. MBTA's strengthened project management team and governance structure, including a Fiscal and Management Control Board created in 2015 by Gov. Baker and the Massachusetts Legislature, were critical factors in moving the FFGA grant forward.

“[Due] to the hard work and collaboration of Secretary Chao, State Transportation Secretary Pollack, and the cities of Cambridge, Somerville and Medford, this important project is moving ahead,” said Baker. “The Green Line Extension project will provide important public transit service that will have a transformational impact for this region of the Commonwealth to accommodate riders and spur economic growth.”

“FTA is proud to support the transportation needs of the greater Boston area by helping to extend rail service into some of its most densely populated communities,” said FTA Deputy Administrator K. Jane Williams. “The GLX project will provide improved mobility and expanded transit service to riders traveling throughout the MBTA system.”

The project adheres to the scope and benefits identified in the FFGA, including six new light rail stations, replacement or rehabilitation of eight bridges, and a new pedestrian/bike path. The GLX is projected to open in January 2022. MBTA is the largest transit provider in New England and the fifth largest in the country based on ridership.