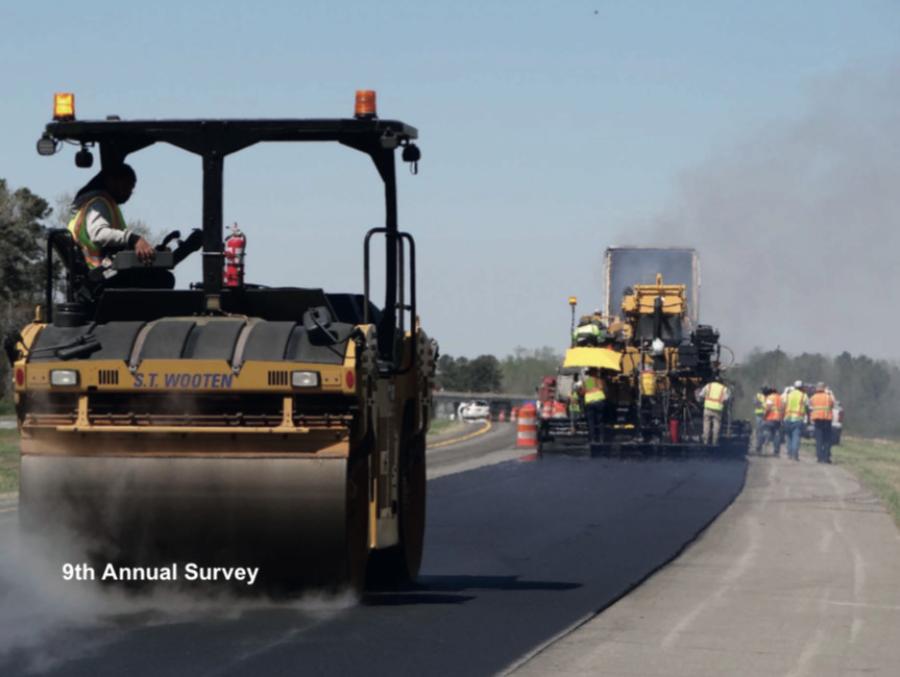 Asphalt pavements are the most consistently recycled material in the United States. Every day as part of maintenance and improvement projects, old asphalt pavement material is reclaimed from roads and parking lots and then put back to use in new pavements.

In fact, according to the latest industry survey by the National Asphalt Pavement Association (NAPA) in partnership with the Federal Highway Administration (FHWA) more than 100 million tons of reclaimed asphalt pavement (RAP) was collected for re-use in the United States during 2018, saving some 61.4 million cu. yds. of landfill space. This survey has been conducted for each construction season since 2009 by NAPA, and it has consistently found that nearly 100 percent of RAP is put to beneficial uses, primarily new asphalt pavements.

"Over the years, we've seen steady advancement in the amount of RAP being used across the country. This has been the result of concerted engineering efforts by industry and road owners to research and apply best practices to ensure we maintain or improve performance while increasing the use of recycled materials," said NAPA President and CEO Audrey Copeland. "As interest grows in incorporating other recycled materials into pavements, we must continue to gain a solid understanding of how new materials affect pavement performance before we move to widespread deployment."

Although national usage estimates were not calculated, respondents to the survey reported recycling some 1.8 million tons of recycled tire rubber, steel and blast furnace slags, cellulose fiber, and other reclaimed and waste materials into nearly 12.3 million tons of asphalt paving mixtures during 2018.

The asphalt pavement industry also continues to make significant use of energy-saving warm-mix asphalt (WMA) technologies. In 2018, 157.4 million tons of asphalt pavement mixture was produced using WMA technologies. More than half of this tonnage was produced at reduced temperatures, meaning less energy was required in manufacturing. The most common WMA technology used is plant-based foaming, which injects a small amount of water into the asphalt during production. A number of environmental, worker safety, and construction benefits have been realized through the adoption of WMA technologies.

"A decade ago, WMA technologies were a novel idea. In 2018, though, more than half the asphalt pavement mixture tonnage produced in 23 states used WMA technologies, and in six of those states, it was more than 75 percent of the tonnage," said John Harper, 2019 NAPA chairman and senior vice president of Construction Partners Inc. in Dothan, Ala. "While there remains room to grow their use, WMA technologies have become just another tool we can use to produce the best asphalt mixture to meet a given project or agency need."

The survey was conducted in the first quarter of 2019. Results from 272 companies with 1,329 plants in 49 U.S. states, the District of Columbia, and two U.S. territories, along with data from state asphalt pavement associations for 33 states, were used to compile the report. A copy of the full survey report, including a state-by-state breakdown of data, is available at www.asphaltpavement.org/recycling.