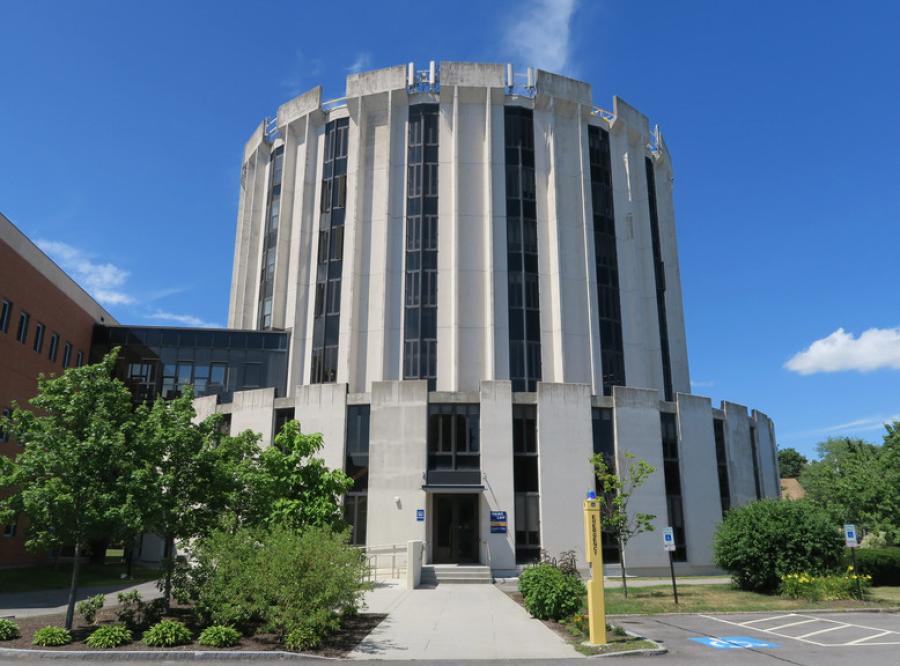 The University of Southern Maine's School of Law building, at the intersection of Brighton Avenue, Deering Avenue and Falmouth Street in Portland, will be demolished and replaced with a more modern facility at the same site on campus.

In the meantime, the University of Maine Board of Trustees received a recommendation from its Finance, Facilities and Technology Committee at a May 5 meeting that the USM School of Law temporarily relocate to a building on Fore Street in the city's upscale Old Port district until a new law building can be constructed.

In addition, the committee endorsed a plan to demolish the current law building, citing the fact that is woefully outdated and in dire need of repair. There is no timetable set for when the structure will be torn down as approval is needed from the full board in a meeting on May 24.

According to a written proposal that went to the committee, the age, design and condition of the current law building limit the size of classes and make it "functionally obsolete." It would require at least $20 million to make meaningful updates or renovations, the Press Herald reported.

"Perhaps less critically, but still noteworthy, the facility also has been named among the ugliest university buildings in the nation," the proposal read. "This is obviously a challenge, rather than an advantage, to law student recruitment."

No one seems to disagree that the current law school building at USM is, to be charitable, unsightly, but the proposal to temporarily relocate the department is being criticized by some faculty members at USM, who question spending nearly $1 million a year on rent when the existing building is scheduled for replacement.

"One question repeatedly raised by faculty and staff who have contacted me is that the building is not attractive, but is livable and soon to be replaced," Lydia Savage, president of the USM chapter of the Associated Faculties of the Universities of Maine, a faculty union, said in an email to the Press Herald. "Why spend this money to be in the fashionable high-rent downtown when we should be investing in faculty and students?"

According to the newspaper, university and law school leaders counter that argument by saying the planned move is critical to the success of the law school, which recently underwent a reorganization to help improve its programming and financial standing. They said the current building is in such disrepair that it doesn't make sense for students and staff to remain there.

"What is wrong with the building is a four-hour conversation," Leigh Saufley, dean of the University of Maine School of Law, told the Press Herald. She added that she often works from home because water pours into her office in the law school when it is raining.

She noted that USM has not been able to make technology upgrades that were needed during the pandemic to allow for simultaneous instruction of in-person and remote students, and it would cost millions to seal windows, fix the roof and make the technology upgrades, the Press Herald reported.

If the UM Board of Trustees approves its own committee recommendation to move the law school and demolish the old building, the law school could move into the new space as soon as this fall.

"I think it's important to note for the public record that this isn't just, ‘We have to get a better building,'" James Erwin, chair of the Board of Trustees, said during the May 5 meeting. "This is part of a pathway towards a sustainable, vibrant, distinctive offering in a new legal education marketplace. I strongly support this, but I want to be clear what the implications are. It's a much bigger deal than just moving to another building."

The proposal comes as the system is planning for the construction of a new Maine Center building on the USM campus that would also house the law school, according to the Press Herald. Last fall, the system announced a historic $240 million investment from the Harold Alfond Foundation that would direct up to $40 million for the Maine Center building in addition to at least $30 million in matching capital funds.

The UM system is in the process of raising the matching funds and there is no timeline for when it might break ground or when the building will open, the newspaper reported.