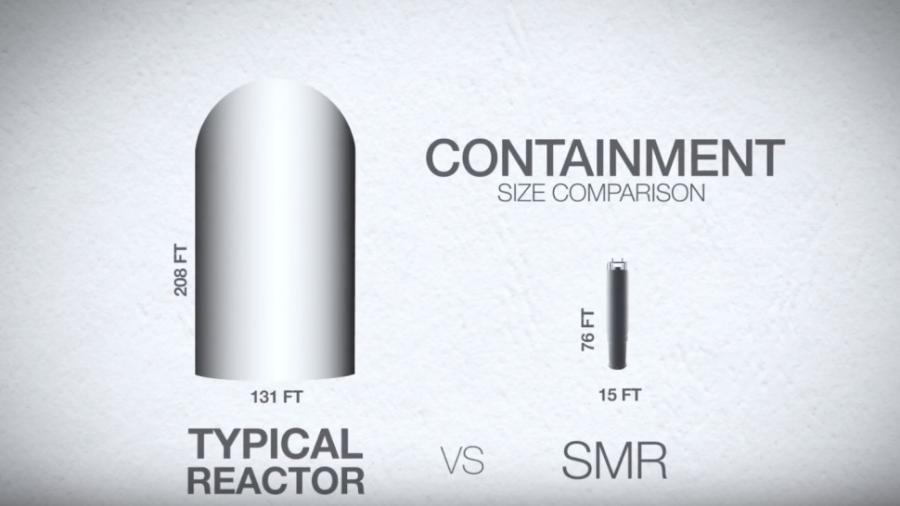 The small nuclear plant would have cylindrical modular reactors that are 76 by 15 ft. installed underground, according to current plans. (cachevalleydaily.com photo)

LOGAN, Utah (AP) A small commercial nuclear reactor that a Utah energy cooperative wants to build in Idaho would be game-changing for energy customers if the U.S. Nuclear Regulatory Commission approves the project, a high-ranking federal official said this week at a conference.

Members of the Utah Associated Municipal Power Systems are pursuing the project as a way to shore up energy stability in a market shaken by the threat of shuttered coal-fired power plants and fluctuating natural gas prices, the Deseret News reported.

The energy cooperative is a community-owned, nonprofit political subdivision of Utah that provides energy services to community-owned power systems throughout the intermountain West. Its member cities include Bountiful, Logan, Murray and Blanding.

It would own the NuScale Technology project once the small nuclear power plant is completed in 2026 at a site at the Idaho National Laboratory.

NuScale Technology recently submitted a design application to the Nuclear Regulatory Commission. It already passed its first phase of review and has advanced to the second stage.

The energy department is eager to see the project through a successful fruition, said Edward McGinnis, principal deputy assistant secretary of the U.S. Office of Nuclear Energy.

“We don't do this lightly,” he told a crowd at the conference in Logan for the Utah Associated Municipal Power Systems. “If we are going to put this much money into something this important, we are going to do everything we can to support this technology.”

The small nuclear plant would have cylindrical modular reactors that are 76 by 15 ft. installed underground, according to current plans.

Depending on energy needs, there would be anywhere from six to 12 reactors at the Idaho site.