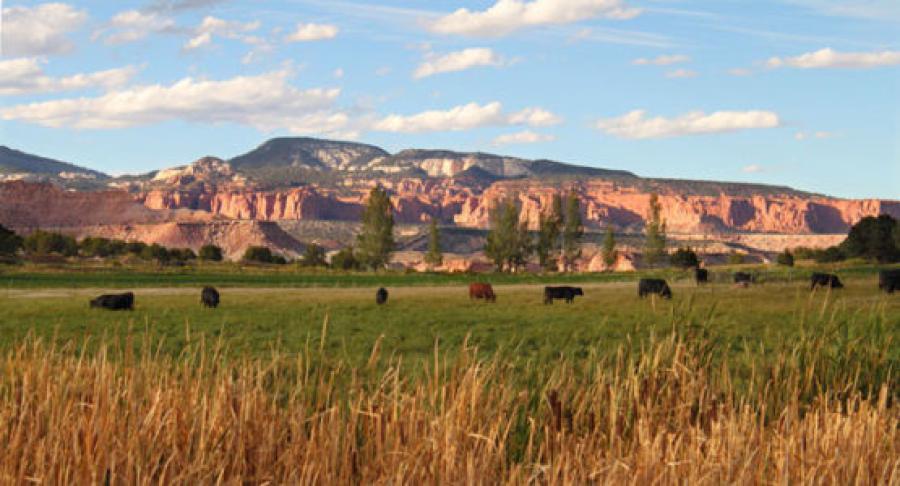 The School and Institutional Trust Lands Administration approved a $525,000 bid from a coalition of Teasdale residents for the 125-acre piece of land. (midutahradio.com photo)

SALT LAKE CITY (AP) Utah officials have reached a deal to sell a land parcel to a group of residents instead of a construction company, effectively scrapping plans for a gravel pit near Capitol Reef National Park.

The School and Institutional Trust Lands Administration approved a $525,000 bid on July 26 from a coalition of Teasdale residents for the 125-acre (60-hectare) piece of land, the Salt Lake Tribune reported.

The coalition, which includes the owners of Red River Lodge, had created a limited liability company. Group leader Dave Van Dyke said the parcel, which overlooks Fremont River, should follow county zoning which allows for agricultural and residential uses.

The agreement effectively ends plans for a mineral lease proposed by a Loa construction firm that wanted to mine for gravel.

“I feel we still overpaid, but if you add in what we would have spent in litigation, it is better to just put it in,” Van Dyke said. “We made the decision from a business rather than an emotional standpoint.”

The board had previously affirmed the lease but residents in Torrey filed a lawsuit in response. The suit argued mining operations didn't mix with surrounding land use. A judge later ruled state trust parcels do not have to follow local zoning and county oversight.

Board officials tried putting the land on the auction block last October. But no parties were willing to offer the minimum bid of $790,000.

Brown Brothers, the construction company pursuing the gravel pit, offered roughly $381,000 including a $50,000 bonus for mining rights. But Van Dyke's group was able to outbid with $525,000.

The money will go toward a trust fund for the Utah Schools for the Deaf and Blind.