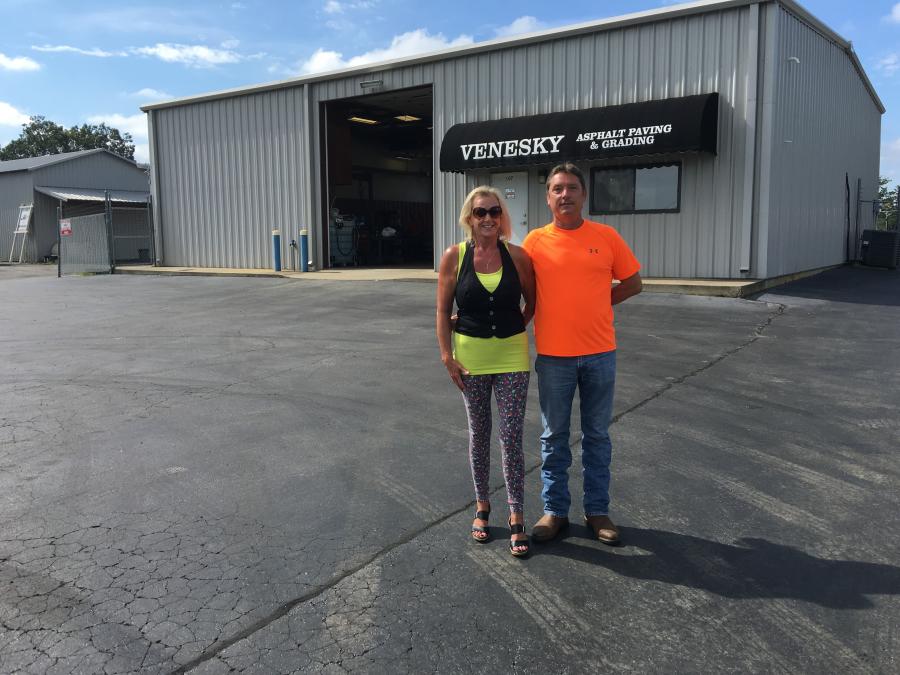 For Gary Venesky, owner of Venesky Asphalt, Easley, S.C., a life-long passion evolved into a successful business. After he graduated from high school, Venesky launched his career, working for a major, local asphalt company and stayed with the company for several years. He also worked for several other paving companies. Then, after learning everything he could, he struck out on his on in 1994, equipped with one Mauldin paver, one dump truck, one roller and a few employees. He started small, doing residential driveways, and later moved on to small parking lots, adding to his staff and his equipment fleet over time.

Today, the company performs commercial paving and grading work as well as the occasional storm drainage project. Some of the company's recent projects include paving at the Travelers Rest Fire Station in Travelers Rest, S.C., as well as grading and paving work for several Dollar Generals. The company's other projects also have kept them busy over the past several years.

“From 2012 to 2015 we were working on five school projects at the same time,” said Lynne Venesky of Venesky Asphalt. “We had three at one time in Pickens County and two in Anderson County. Walhalla High School was our last.”

Venesky Asphalt needed a new machine to keep up with the influx of work, and after demoing a Mauldin 1750C paver by Calder Brothers, decided it was a perfect fit due to many of its features, including four-auger material feed system and its 8-ton (7.3 t) receiving hopper capacity. A Cummins Tier III diesel engine powers the machine, which also features a LED engine instrument package with diagnostics

“We demoed it, and it's the right size for the projects we have. Our operators liked it, and it did a really good job,” said Venesky. “Calder Brothers is a great company to work with. We have quite a few rollers that are Mauldin, and we also bought a Mauldin tack truck from them. If we have a problem on the job, they will come straight out to the job and figure it out. They are great people to work with, and they are local.”

Venesky has high hopes for the future of the company.

“We followed every lead during the recession, and my husband is still a workaholic. We are ready to see where the next 20 years will take us,” said Venesky. —CEG