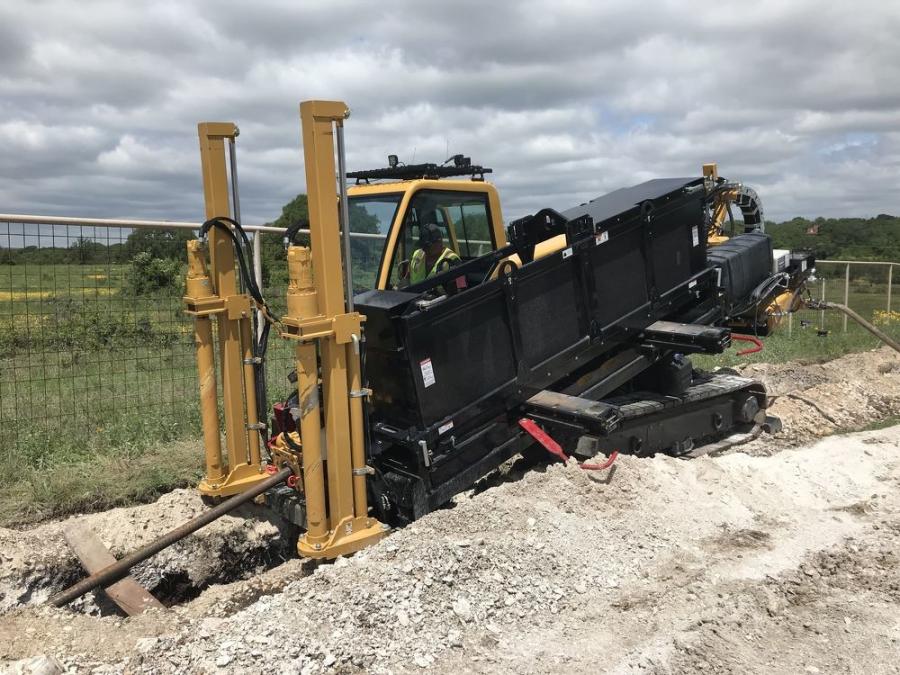 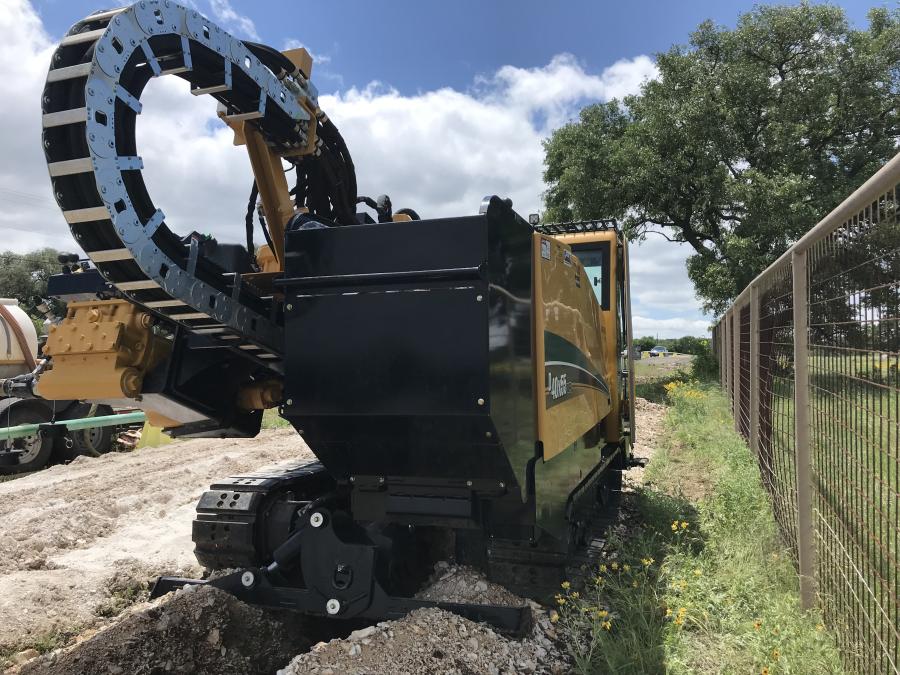 "We were running a month past due," recalled Mark Hettinger, M&G president. "The flint rock just under the surface was slowing us down and ripping up teeth on our Vermeer T855 trencher at a very expensive rate."

After the rock chewed up $3000 worth of teeth in about five minutes, the contractor looked at options.

They had drilled other portions — primarily under huge oak trees — of the 4-mi. line with the Vermeer D60x90 directional drill, but the flint, nearly as hard as granite, created problems with steering for the machine.

"Chris May of Vermeer Texas-Louisiana had been telling me that their new dual rod D40x55DR would perform well in this type of environment, so I asked him to bring one out," Hettinger said. "The machine did exactly what he said it would do, so it will help get us back on schedule."

On one 500-ft. stretch through granite, Hettinger figured it would have taken eight days trenching and $20,000 worth of teeth. The D40x55DR drilled the distance in about 10 hours.

"The D40x55DR features dual rod technology that uses an inner rod to provide torque to the drill bit, while the outer rod offers steering capability and rotational torque for reaming," said May. "We've seen it perform well in a variety of conditions."

Although about 75 percent of the 4-mi. line was cut with the Vermeer T855, the remainder had to be drilled, either due to the trees or because of the flint. 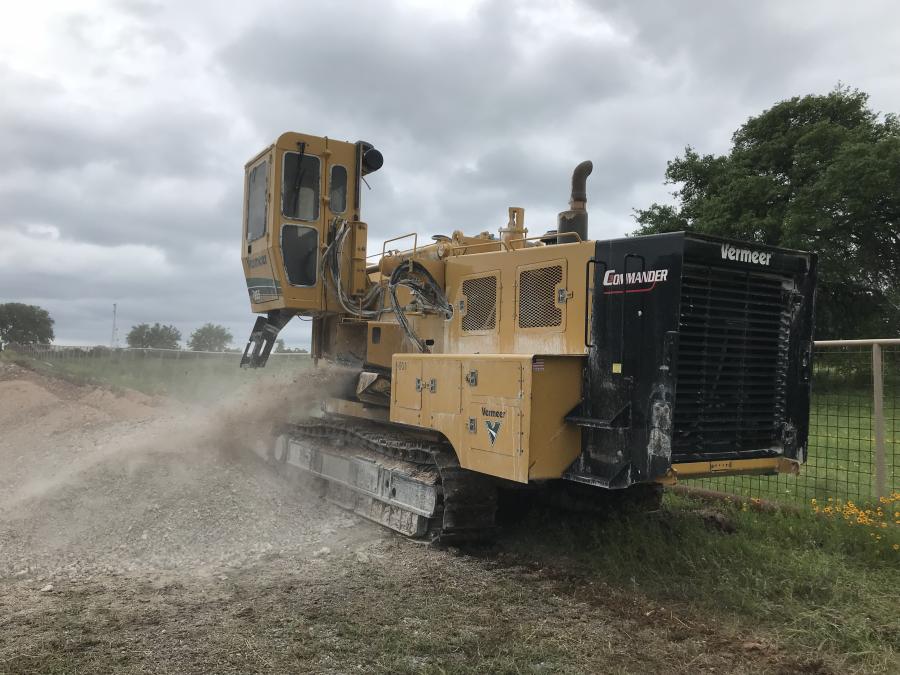 The contract was for a 4-in. high-pressure gas main that would run approximately 4 mi. along FM 3009 and would ultimately serve two new subdivisions and a limestone quarry that is being developed by Vulcan Materials.

TXDOT required the line be 6 ft. below road ditch level, so M&G cut at 6.5 ft. in most sections but had to bore as deep as 18 ft. under the oaks.

Hettinger said they bored a 6-in. pilot with the D40x55DR and would ream it back with the larger D60x90 machine. They would pull back at a 12-in. diameter to accommodate the poly sleeve that will envelope the steel pipe.

The contractor praised Vermeer Texas-Louisiana for its onsite support during the transition to the new machine.

"Those guys are out here with me. They know how expensive it is for equipment to be sitting idle," he said.

"Vermeer's equipment is good. Their service is good. Their parts are good," said Hettinger, the father of teenaged triplet girls. "This will end up saving me time and money. So, if I'm going to spend another half a million or so dollars on equipment, I'd prefer to spend it with them. Just don't tell my wife." CEG