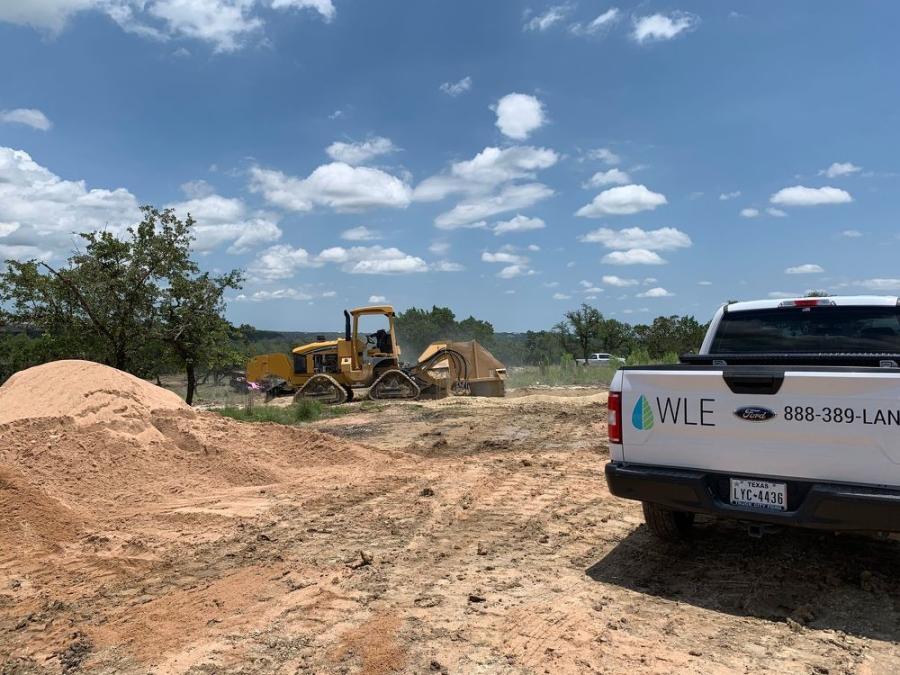 The Vermeer RTX1250 can be equipped with a variety of attachments including a trencher, rocksaw or plow and features a quad-track system for work in various ground conditions.

When WLE (Water, Land, Environment) won the bid for a major irrigation project in Austin, Texas, it needed to add to its equipment fleet — without draining its budget. 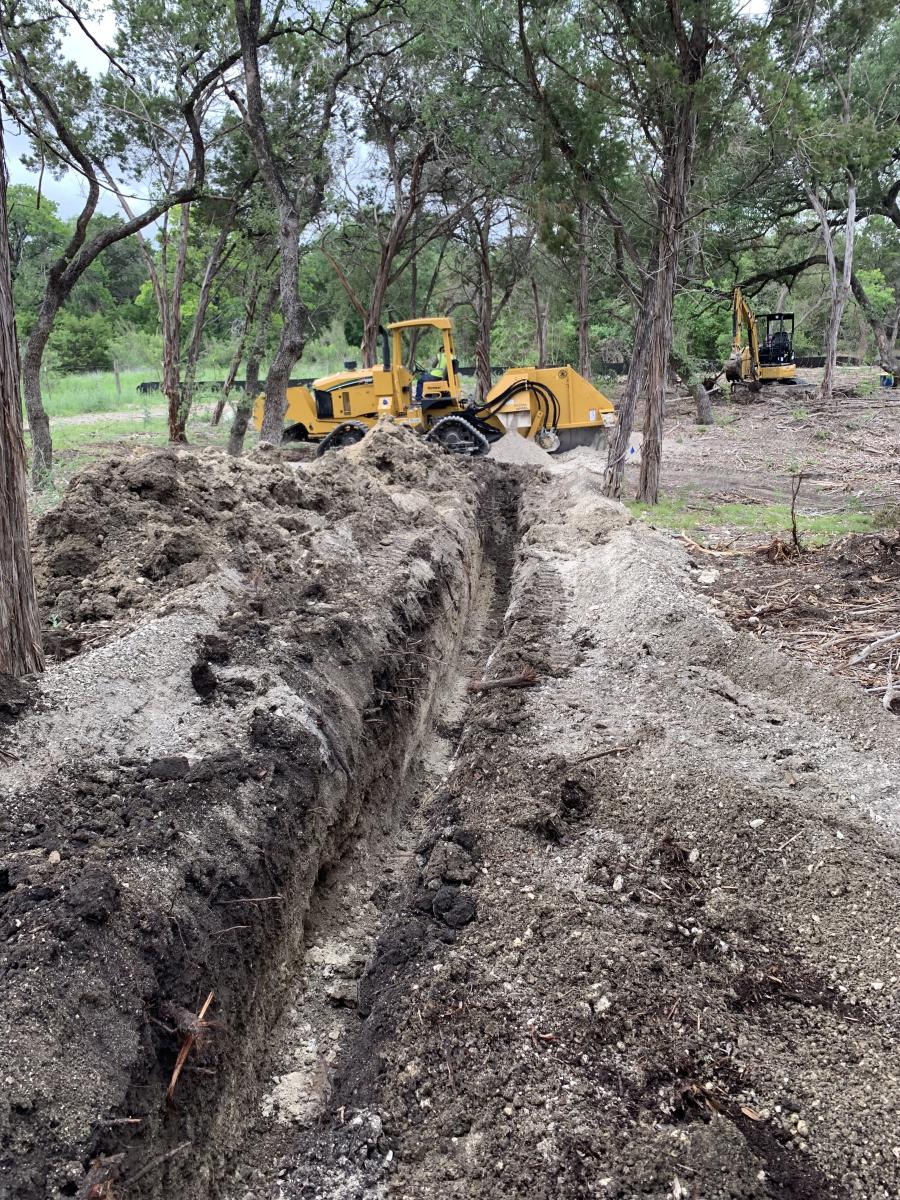 Ashlar Development, an Irving, Texas-based company specializing in upscale residential neighborhoods, sought to reclaim the effluent water produced in its Belterra neighborhood, west of Austin, and reuse it to irrigate the community's common areas.

The 200-acre project would include 6-to-10-in. water lines at a depth of 36-in. cut through mostly limestone, a holding tank and filtering system for the waste produced by the growing area, along with the actual irrigation lines.

"We prepared our bid based on what we thought the Vermeer RTX1250 could help us achieve in terms of labor costs," WLE partner Kade Thomas said of the company's thought process. "We made the decision to buy the machine if we were awarded the contract. We felt like it would decrease labor by 50 percent. It did exactly what we thought it would do."

The company was happy with the performance of its Vermeer RTX550, but was limited to a 4-in. wide cut with the smaller machine.

"We would have had to double cut every trench," Thomas said. "Even double cutting we might not have been wide enough."

In the end, WLE completed the project with the RTX1250 four months ahead of schedule.

Other factors played a role in the decision to go with Vermeer Texas-Louisiana as well.

"We do have a special relationship with Vermeer," Thomas said. "We've met and got to know senior management at Vermeer. Their company structure and business philosophy are very much like ours. They are all about family first and giving back to employees and team members.

"Terry Hall, our representative, goes above and beyond in keeping our fleet going in the field," Thomas added. "His knowledge of varying local soil conditions is a real benefit to us."

According to Hall, the Austin area is unusual because of the varying soil conditions in a relatively small geographic area. 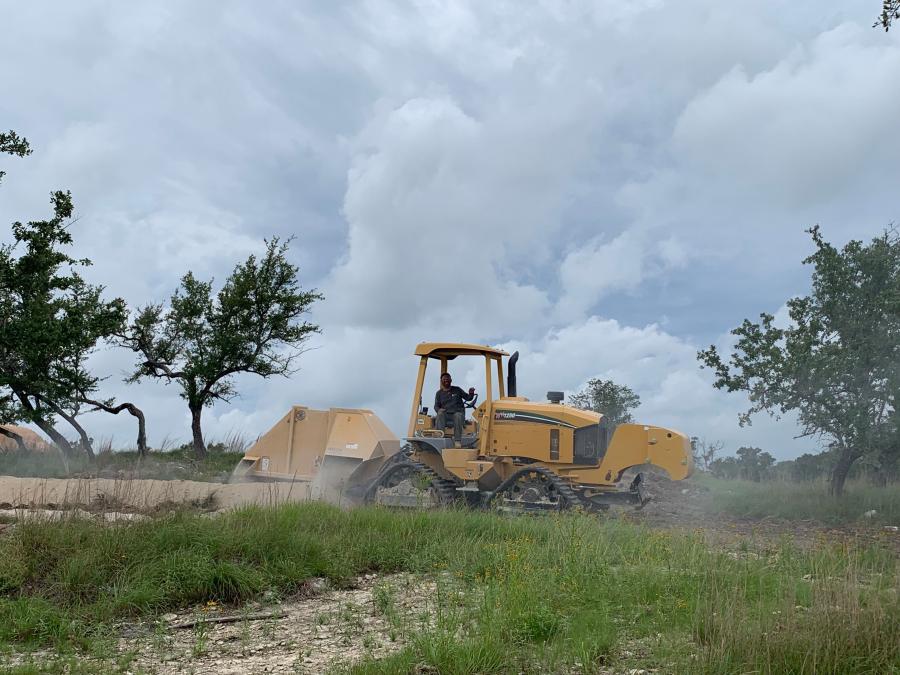 "East of I-35 is black dirt, suitable for growing corn," Hall said. "You can dig with an excavator. West of I-35 is solid limestone. Then further west, you get into marble and then granite. The Belterra project was all limestone."

Hall noted that if a landscape construction contractor is going to do business in Austin, west of I-35, it will need a rocksaw in its fleet.

Hall's company, Vermeer of Texas-Louisiana, has been doing business with WLE for about three years, about the time the company was purchased by Thomas and partners Bradley Roofner and Logan Brown.

"WLE has quickly become one of the largest landscape construction companies in Austin," Hall said. "In addition to the rocksaws and trenchers in its fleet, they have also purchased a BC900XL brush chipper."

The ride-on tractor is made to increase productivity while installing a variety of utilities, including gas, fiber, water and electric.

WLE is an Austin-based landscape construction and maintenance company. Founded in 2003, the company mission is "to bring sophistication to an otherwise unsophisticated industry. To do so, WLE aims to embrace best practices from other disciplines such as professional service companies, and incorporate them into their own identity."

Its landscaping roots run deep, as partner Kade Thomas started mowing lawns at age 13. His enterprise grew to become a legitimate landscape company in the Dallas-Fort Worth area. The company was later sold and is still active today.

It offers13 full-service locations in Texas and southern Louisiana.