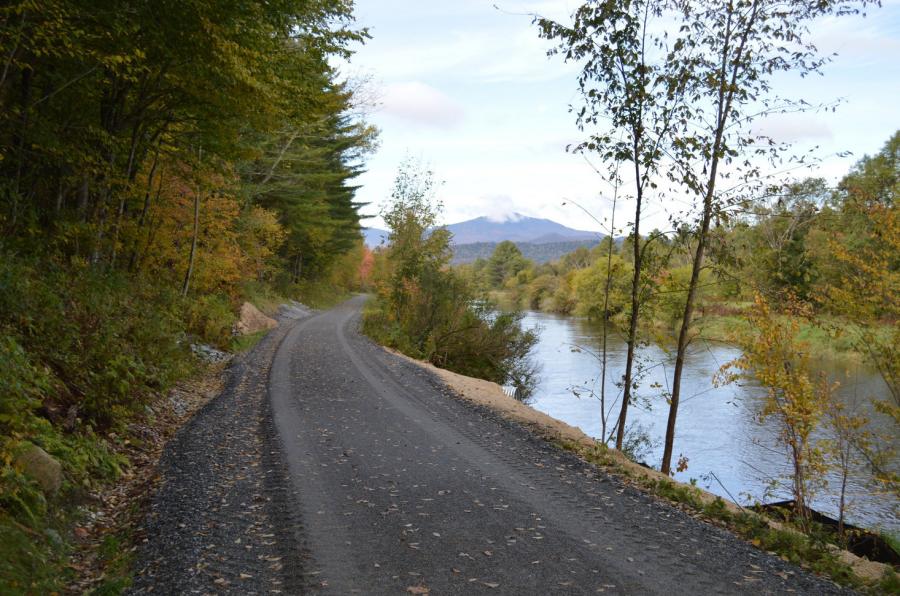 The completion of a 93-mi. rail trail across northern Vermont would help link an ever-expanding network of recreation trails across New England and beyond.

MONTPELIER, Vt. (AP) The completion of a 93-mi. rail trail across northern Vermont would help link an ever-expanding network of recreation trails across New England and beyond, advocates said.

The effort got a big boost recently when Vermont Republican Gov. Phil Scott asked lawmakers to approve $2.8 million as the state's share of the estimated $14.1 million cost of completing the remaining 60 mi. of the Lamoille Valley Rail Trail. It runs from Swanton, near the Canadian border, to St. Johnsbury, not far from the Connecticut River border with New Hampshire.

"As far as New England goes, pieces and parts are starting to come together," said Marianne Borowski, the founder of the Cross New Hampshire Adventure Trail. That trail begins in Woodsville, N.H., about 20 mi. south of St. Johnsbury, and runs 83 mi. across northern New Hampshire to Bethel, Maine.

"When they start to link together, they look good, not only for the locals who want to get out and take a walk, but for people who are coming from away who want to come in and enjoy the region."

Tom Sexton, northeast regional director of the national Rails-to-Trails Conservancy, which since 1986 has helped oversee the construction of 24,000 mi. of rails-to-trails projects across the country, said the completion of the Lamoille Valley trail would go a long way toward linking a series of existing or planned rail trails throughout the six New England states.

While the Lamoille Valley Rail Trail runs exclusively on an old rail bed, others, such as Borowski's trail across New Hampshire, can be a combination of rail trails, local recreation paths, backroads and in some cases larger roads.

Greg Western, executive director of the Cross Vermont Trail Association, a recreation trail which runs 90 mi. across Vermont on roads, rail beds and other thoroughfares, said many people have been motivated to work with his organization after visiting parts of the existing Lamoille Valley Rail Trail.

"The proof of concept is a big deal," Western said. 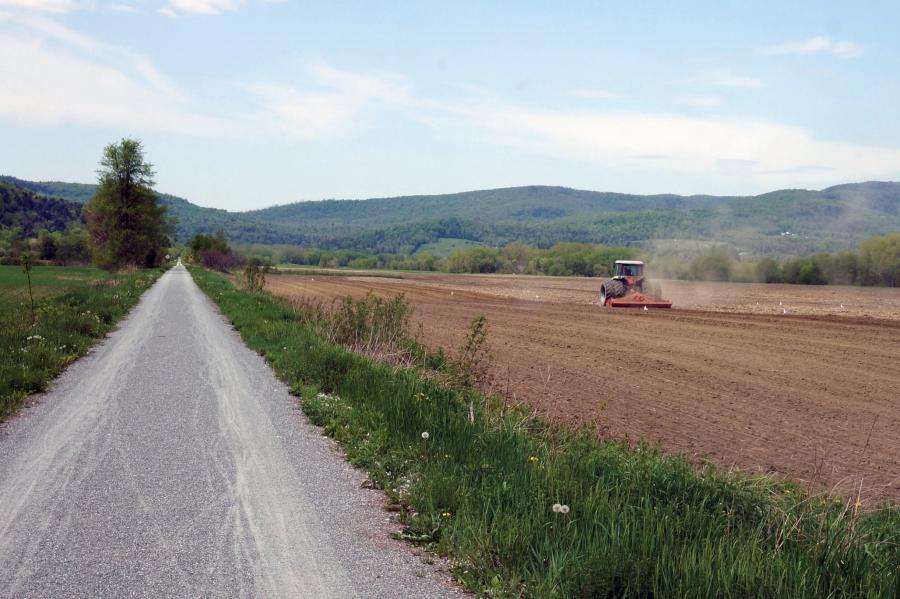 The Lamoille Valley Rail Trail, located on a rail line that was completed in 1877 and operated until the 1980s, is being managed by the Vermont Association of Snow Travelers, the organization that oversees snowmobiling in the state.

In 1997, VAST proposed transforming the line, owned by the state, into a four-season recreation trail.

Over the years the project has faced little opposition, but in 2012 the project became subject to the state's land-use planning review known as Act 250, which could have delayed the project. In 2017, VAST reached an agreement with the state exempting the project from Act 250 review.

In 2005 Congress appropriated $5.8 million for the project. At the time some held up the Lamoille Valley trail project as an example of political pork in the federal budget. But advocates said the criticism was unfounded because a relatively small amount of money would draw tens of thousands of people to the trail and the surrounding communities.

When the organization first started working on the line, the steel rails and old railroad ties remained. There were dozens if not scores of old bridges and culverts that had to be upgraded or replaced, a process that continues.

It remains to be seen how the governor's request for the money will fare in the legislature. Advocates said the project is an economic tool that is a part of Vermont's $2.5 billion outdoor recreation industry.

The first section of the trail, between St. Johnsbury and Danville, opened in 2015. Another section, from Morrisville to Cambridge Junction, opened the next year.

VAST has been working to raise the money to finish the trail, said Michele Boomhower, the director of policy planning and intermodal development of the Vermont Agency of Transportation.

"There was a realization that if we could identify from our existing program the federal funds needed to implement the project ... we could get this project done in four years versus 15," she said.