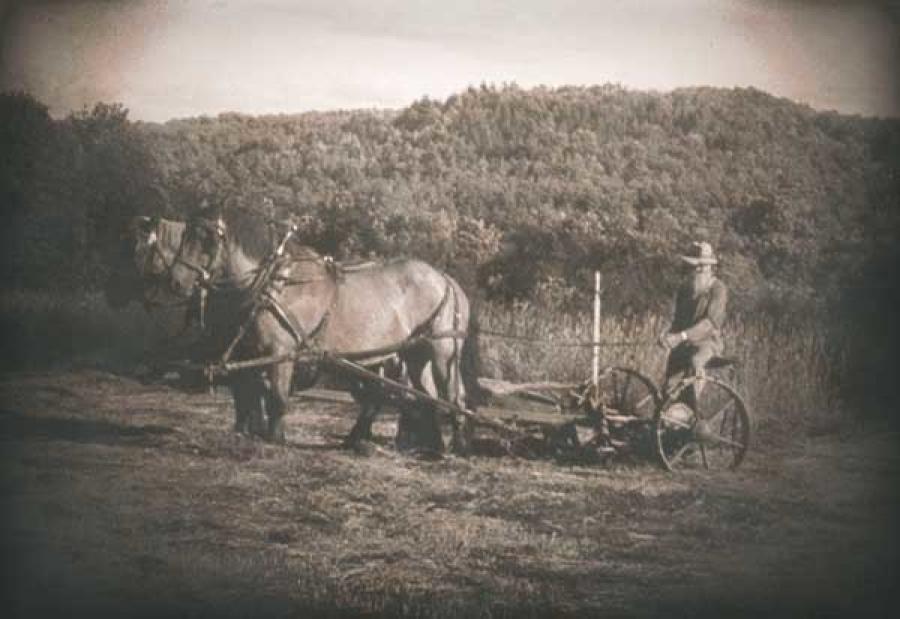 ASCUTNEY, Vt. (AP) A symbol of progress overtaking the state's agricultural past — a tree that once shaded a farm now largely buried beneath Interstate 91 — is dying and must be cut down.

People in the Ascutney neighborhood in the Connecticut River town of Weathersfield and the state of Vermont are looking for a way to commemorate the legacy of Romaine Tenney, the whiskered, overall-wearing man who farmed with horses, hayed with a pitchfork, lived without electricity and refused to drive or sell his land to the state.

In the summer of 1964, the 64-year-old Tenney went into his home after sheriff's deputies had served the paperwork needed to seize his farm and emptied his barns, piling a lifetime of farming equipment on a hillside a short distance away.

A few hours after the deputies had gone, locals noticed a glow from Tenney's farm: both the house and the barn were ablaze. His body was found some time later among the ashes.

Ginger Wimberg, a New Jersey native who is now the president of the Weathersfield Historical Society, said she remembered reading about Tenney's death in the Philadelphia Inquirer, long before she had any idea she'd end up living in the town where he lived.

"I think he is looked on with a fondness and sorrow that it had to come to that," said Wimberg, who is planning to attend a memorial with state officials where they will seek more ways to remember Tenney.

In Vermont, the interstate system is credited with helping the state shake its reputation as a northeastern backwater and made it possible for the state's growth, but that growth did not come without cost.

The southbound lane of Interstate 91 now runs through what was once Tenney's farm. The dying maple tree, estimated to be 100 years old, that once shaded a portion of the Tenney's farm, sits between a commuter parking lot and the interstate.

"The tree has long stood as a symbol and a reminder of Romaine Tenney, his farm, and the broader impact that interstate construction had on the ways people travel, live, and work throughout Vermont," Transportation Agency's Historic Preservation Specialist Kyle Obenauer said in a statement.

The 75-acre farm was already 78 years old when Myron Tenney, Romaine's father, bought it in 1892. It was on the Ascutney hillside where the Tenneys raised their nine children, and where Romaine Tenney was born.