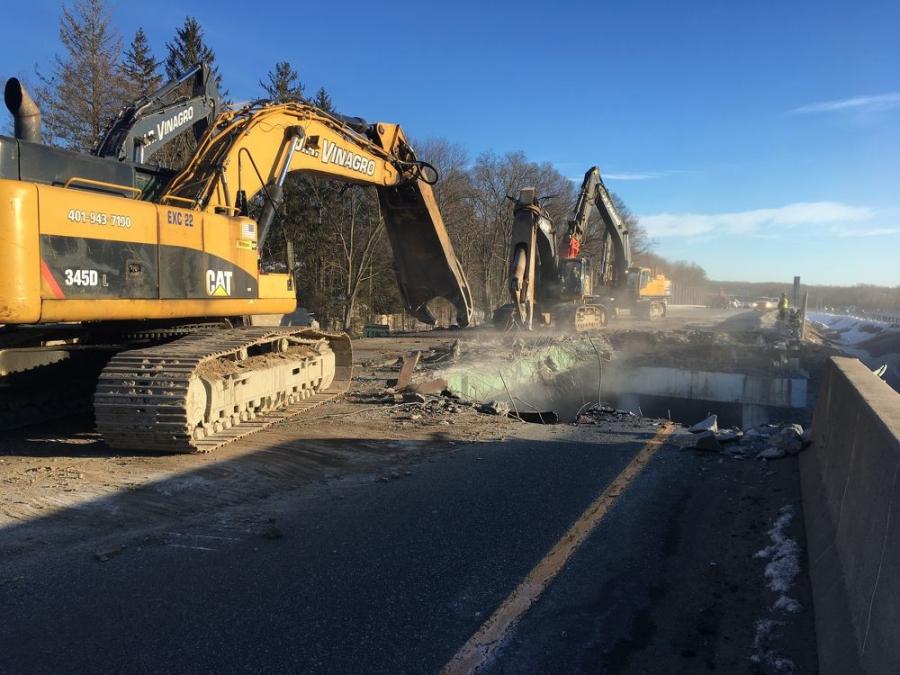 The northbound phase of the project was completed one year ago after a temporary ramp was built in between the two bridges.

Repeated battering from recent Nor'easters didn't stop the J.R. Vinagro Corporation from tearing down a portion of I-95 north and southbound over North Avenue in Attleboro, Mass., in March. The Johnston, R.I., company brought excavators equipped with shears and hydraulic hammers to demolish and remove 7,200-sq.-ft. of superstructure and substructure, according to Joe Pasquerella, project manager. 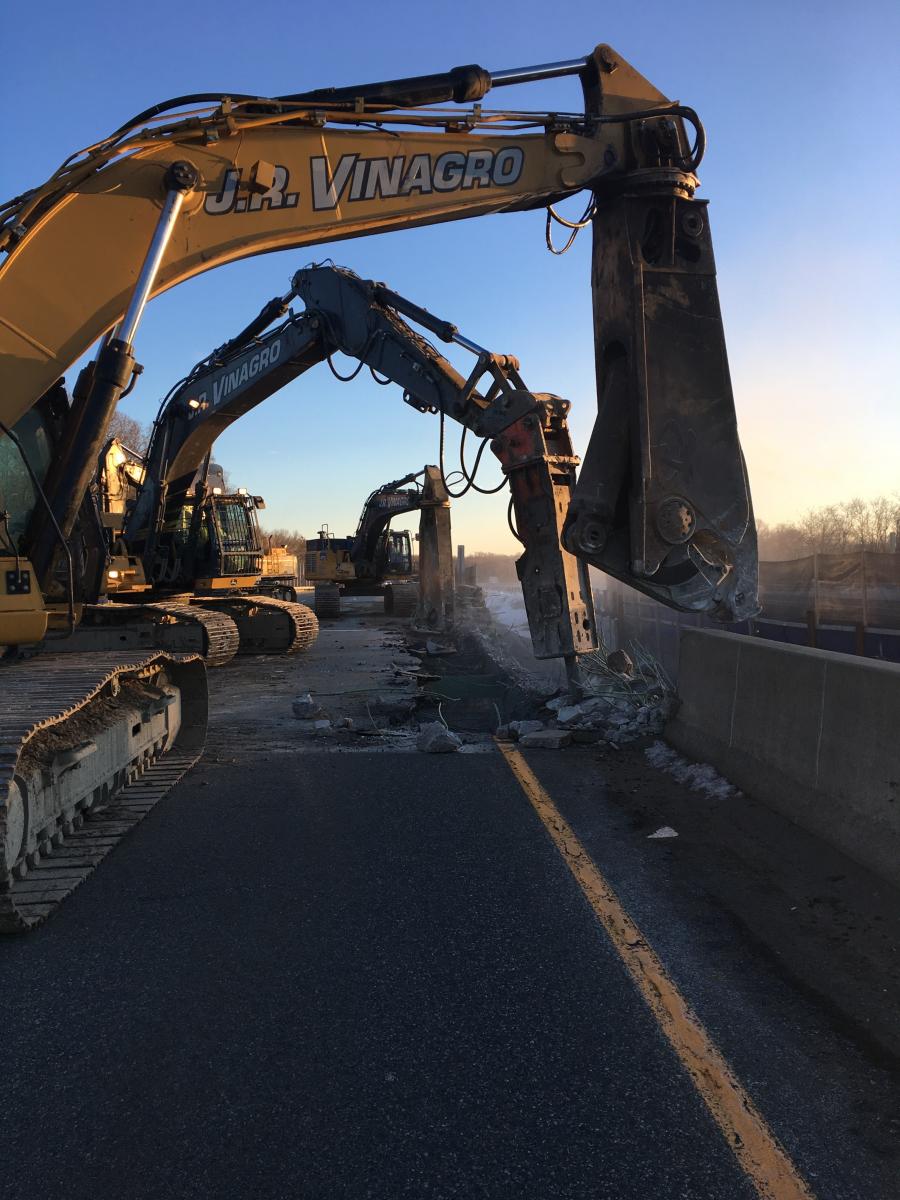 “The asphalt, concrete and steel were 100 percent recycled,” Pasquerella said.

The company owns and operates a construction and demolition facility where they handle the debris from multiple demolition projects throughout Rhode Island and Massachusetts. Vinagro separates and recycles debris as part of their business model that limits the amount of debris sent to the landfill.

“Concrete we crush within a month, which is then sold or used on other jobs. The steel we downsize at our yard and send it to Sims or Schnitzer,” he said.

Vinagro worked with JF White, the general contractor working with MassDOT under contract for $19.9 million, Federal Aid Project No. NHP-95-1(108). The demolition workforce consisted of six operators and four laborers (wreckers). The northbound phase of the project was completed one year ago after a temporary ramp was built in between the two bridges.

“They put the northbound on a temporary bridge and we demolished the northbound portion one year ago. It was a fully-engineered plan stamped by a licensed PE in the state of Massachusetts that analyzed the plan we developed with him,” Pasquerella said.

“If you have the room to put a temporary bridge like he did that's the way you do it so you can demo each side completely in one phase. The engineer has to analyze bridge. We place excavators on the bridge to demolish it, and they make sure the bridge won't be faulty while we're doing the procedures. The bridge was a simple, three-span bridge. We put two excavators on the bridge and started in the middle, facing each other in the middle of the center span to crash the deck below and work their way back. After they crash the deck the shear machines — one on each side — grab and pull the structure off the bearings. Once they're down we cut them into pieces.”

Talking to Pasquerella conjures images of a demolition equipment “Batcave” filled with wonderful toys such as a multitude of excavators, high-reach excavators, shears, grapples and hydraulic hammers at the ready at the Johnston, R.I. location.

“That would be true if we weren't so busy all the time. Our equipment is always working,” he said.

Vinagro also owns and maintains a fleet of tractor trailers for transporting equipment and materials to and from the job sites where crews and machines are working.

“It all went very well. No complaints. We've done so many of these bridges — they're so closely similar in their contraction — that we have it down pretty well.”