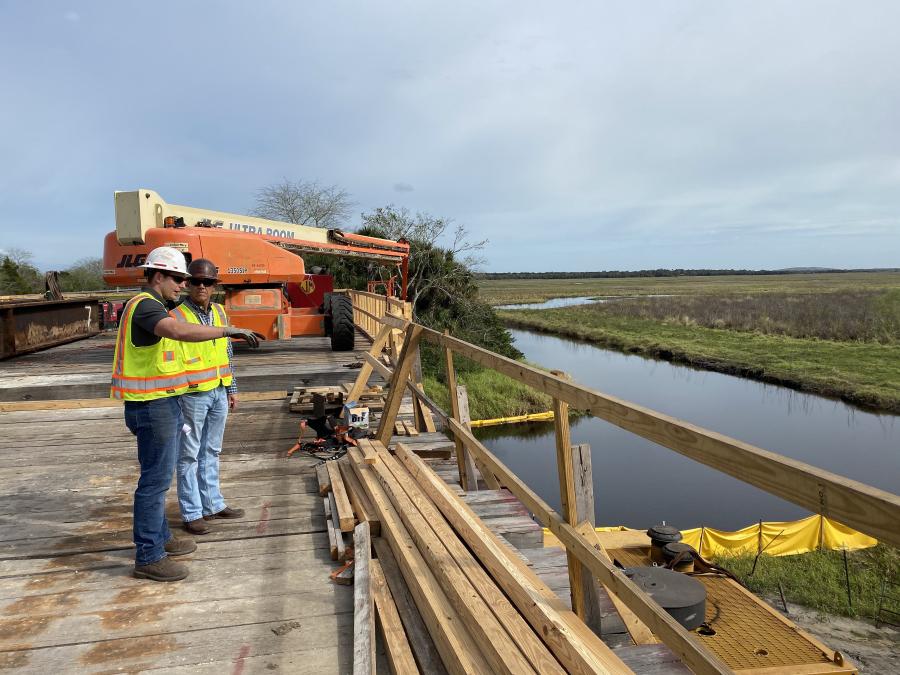 A total of 55 bridges, three tunnels and three trenches are planned on the Phase 2 alignment.

In late May, as part of the larger construction of the new high-speed Virgin Trains rail line through Brevard County, crews closed the railroad crossing at Prospect Avenue in Melbourne for two years to build new twin bridges spanning Crane Creek.

Since the beginning of the year, Virgin Trains has worked to put down tracks in several parts of the city, including along heavily used roads such as New Haven Boulevard and Strawbridge Avenue in Melbourne, which split the downtown area. Crews also installed a second set of tracks at crossings between Babcock Street south to University Boulevard along the Florida East Coast Railway.

The construction is part of the second phase of Virgin Trains' $2.5 billion passenger rail line extension, connecting Orlando International Airport and areas of South Florida. The total length of the project is 235 mi. — more than 50 mi. of which will travel through Brevard County.

At Melbourne's Crane Creek site, daytime pile-driving operations will be the first work to have gotten under way on the $17 million project. Workers are setting up a temporary crane platform on the south bank of the creek, near the multi-story B.A.C.K. Center medical facility.

Plans call for the city's rusting, aging Crane Creek railroad trestle bridge to be demolished. In its place, Virgin Trains will build two new steel-and-concrete bridges. Waterway openings between the supports will increase from roughly 45 ft. to about 65 ft. wide.

On the north side of the water, the vertical clearance for vehicles at the Melbourne Avenue bridge will increase by about 11 in., due to the fact large trucks occasionally get stuck beneath the current structure.

Workers recently closed a lane on Melbourne Avenue during the day between Henley Street and Depot Drive to relocate utility lines.

Elsewhere in Brevard County, Virgin Trains officials are getting underway with other bridge work — including crane mobilization and pile driving — at Turkey Creek in Palm Bay and Goat Creek in Grant-Valkaria.

Currently, Virgin Trains does not plan to build any stations in Brevard.

In total, Virgin Trains is upgrading 30 bridges and 155 railroad crossings along a 129-mi. north-south corridor from Cocoa to West Palm Beach. The new corridor parallels the Florida East Coast Railway and the Atlantic Ocean.

Owned by billionaire Richard Branson, Virgin Trains USA is backed by Fortress Investment Group and currently carries passengers between Miami, Fort Lauderdale and West Palm Beach. The company hopes to kick off its high-speed rail service to Orlando International Airport by the end of 2022, with further expansion planned in Boca Raton, Aventura and PortMiami.