Orlando to Miami in Three Hours…That Could Happen By 2022 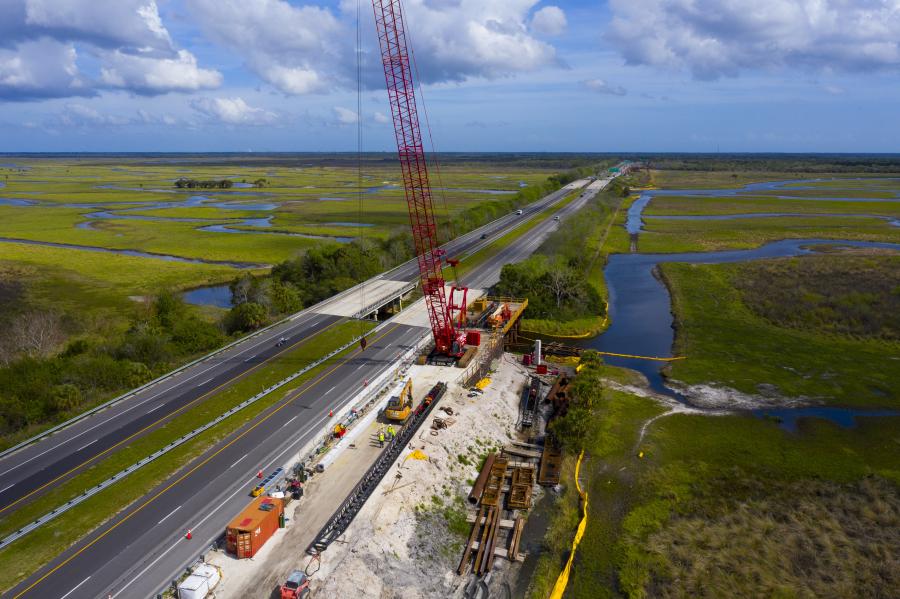 When the $2.5 billion Orlando Extension Phase 2 project is completed in 2022, passengers will be able to make the 235-mi. journey to and from downtown Miami and Orlando International Airport in under three hours.

Since 2018, a luxurious passenger train service has been transporting people between downtown Miami and West Palm Beach, with a stop in Fort Lauderdale. The Brightline trains have proven to be popular with business passengers and tourists alike, as they are a faster alternative to the often-congested highways of South Florida.

Construction on the Miami-area track line and stations began in 2015, before opening to the public three years later. 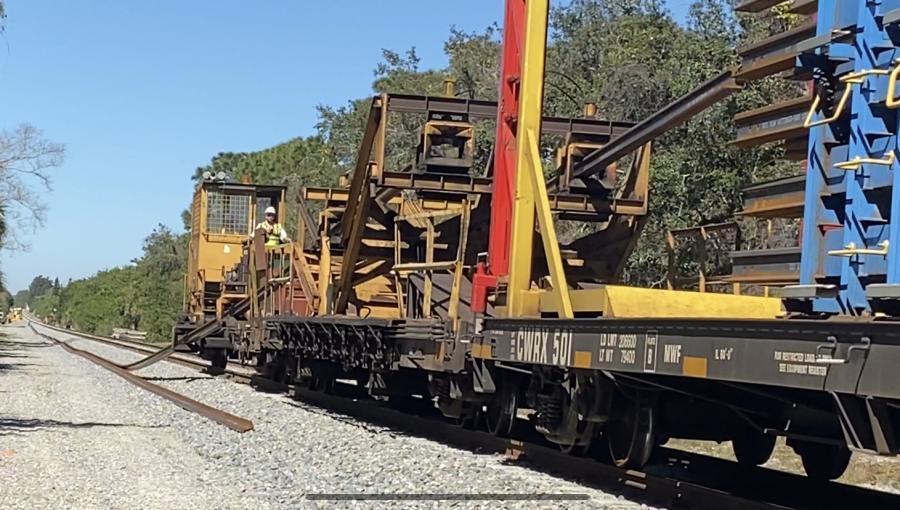 Beginning last summer, though, far to the north in Central Florida, construction crews in and around Orlando have been hard at work building the first leg of a 170-mi. extension of the line. The designs call for it to head east toward the Space Coast before turning south, move through the counties that make up the Treasure Coast and ultimately connect with the West Palm Beach station.

Brightline and the Orlando extension effort is backed by Fortress Investment Group, which entered into a marketing partnership with Richard Branson, known for his Virgin Group brand of companies. Rebranding of the high-speed train service is still in process.

When the $2.5 billion Orlando Extension Phase 2 project is completed in 2022, passengers will be able to make the 235-mi. journey to and from downtown Miami and Orlando International Airport in under three hours, more than an hour less than the normal driving time.

With train speeds of up to 125 mph, riders will quickly move through the largely rural east Orlando to the Cocoa portion of the Virgin Train line. From Cocoa to West Palm Beach, the train is designed to zip along at a more leisurely 110 mph.

The work to build Virgin Train's Extension Phase 2 began in 2019 with Orlando International Airport's new South Terminal, itself under construction. The new train station there will be part of the airport's Intermodal Transportation Facility (ITF). Tracks and support structures are being built from there north for 3 mi. through airport property before heading straight east for 37 mi. on the south side of Beachline Expressway/State Road 528 to Cocoa, in Brevard County.

"The 120-mile-long north-south corridor from Cocoa to West Palm Beach follows the existing freight rail corridor," said Katie Mitzner, public affairs manager of Virgin Trains USA. "The route more generally follows U.S. Highway 1 and is further east than the I-95 corridor. Throughout the construction process, rail crossings will be updated and rebuilt, which will result in temporary road closures for periods of four to five days."

The Phase 2 construction is divided into four zones of activity under work concurrently, according to Michael Cegelis, executive vice president of rail infrastructure of Virgin Trains. 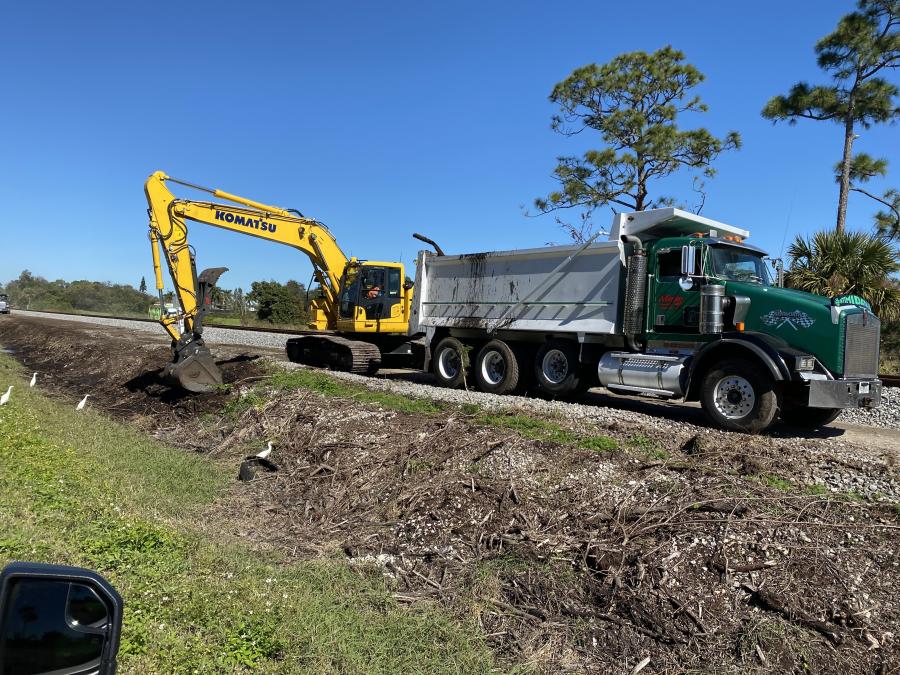 The major component of Zone 1 is the train line's huge 138,000-sq.-ft. Vehicle Maintenance Facility, built on 62 acres south of the airport at a cost of $70 million. It will include a 30-ton overhead crane for servicing the trains, 6 mi. of maintenance and storage track for working on 10 trains a day and an 80,000-gal. biodiesel farm to create fuel for the diesel electric trainsets.

Hubbard Construction in Winter Park is charged with performing the site work for the facility, with Wharton-Smith in Sanford erecting the building, which will be more than two football fields long.

"Zone 2 continues north from the ITF, including the platforms, along Jeff Fuqua Boulevard to SR 528," Cegelis explained. "The work that encompasses Zone 3 begins at the intersection of those two roads and runs parallel to SR 528 to all the way to U.S. 1 in Cocoa. The longest stretch of work is found in Zone 4, from Brevard County south through Indian River, Martin, St. Lucie and Palm Beach counties."

Zones 2, 3 and 4 are being built by their own prime contractor, he added. In the case of Zone 2, Orlando's Middlesex Corp. is in charge; Granite Construction, a California company expert in building rail lines, is quarterbacking the work alongside SR 528; and Zone 4 is being shepherded by HSR Constructors, a joint venture of Herzog Contracting Corp., Stacy & Witbeck Inc. and RailWorks Corp.

Those builders and their many subs are conducting a great deal of work and will continue to do so for the next two years. A total of 55 bridges, three tunnels and three trenches are planned on the Phase 2 alignment.

The current labor is happening along the Florida SR 528 corridor where 18 bridges and three tunnels are being engineered, some of which are carefully being done so over preserved wetlands.

Cegelis clearly illustrated the scale of the endeavor when he noted Phase 2's staggering material and crew requirements:

He also provided an inventory of heavy equipment that Granite Construction is using in Zone 3, where thick vegetation has been cleared for the new rail corridor. 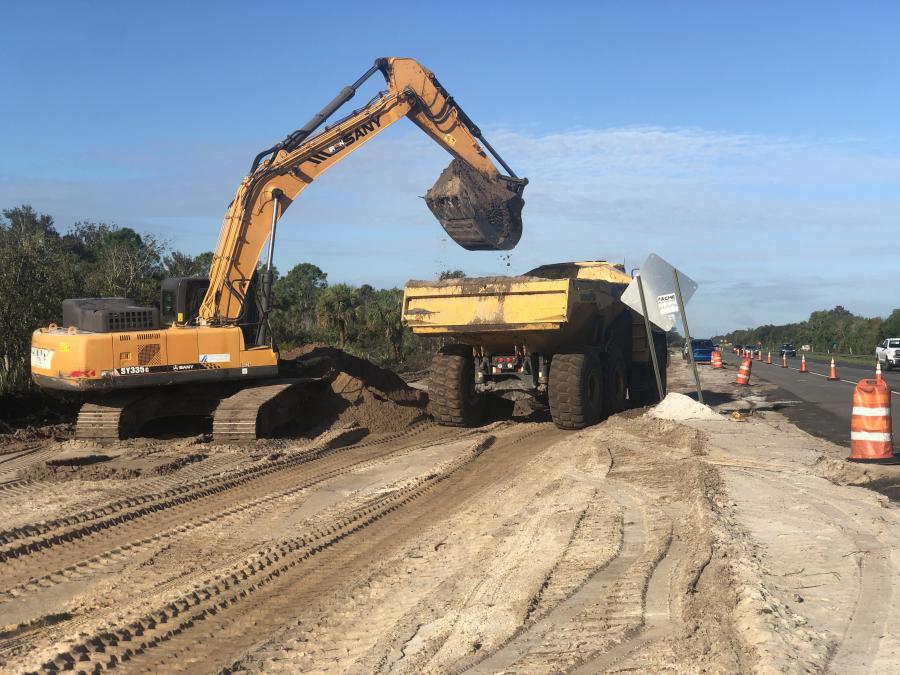 Cegelis is confident that as work progresses on the high-speed line's construction, the expert planning by Virgin Trains, the designer (HNTB) and other local transportation entities will mitigate any problems that arise over the next two years.

"The construction is intertwined with the existing freight railroad, airport operations and highway movements," he said. "Assuring safety and minimal disruption to these ongoing operations is critical and has required elaborate staging operations. Since we started work, we survived one hurricane with minor impact, and our construction operations are continuing to proceed smoothly."

So far, the rail extension project has not needed much demolition work. Some minor wrecking was done to portions of Orlando International's tug and service roads by a pair of airsides (areas nearest the planes), as well as a short section of Cargo Road north of the airport. Demolition also is required along a short segment of SR 528 that is being re-aligned.

Although it is expected business travelers will utilize the line in a big way, Florida's lucrative tourism industry may be the biggest benefactor of the Virgin Train service.

In 2018, more than 126 million vacationers visited Florida, a number that continues to grow annually. Among the many entertainments from which to choose, those tourists enjoyed the sun-sparkled beaches of South Florida, boarded cruise ships in Miami and Fort Lauderdale and, of course, visited Orlando-area theme parks like Walt Disney World. And they often spent time enjoying several of these attractions in a single trip.

Obviously, the standard way of getting from one attraction to another is by driving a car. If kids are along and you are traveling from, for instance, Miami to Orlando, a luxurious high-speed train might be a more attractive and enjoyable option. 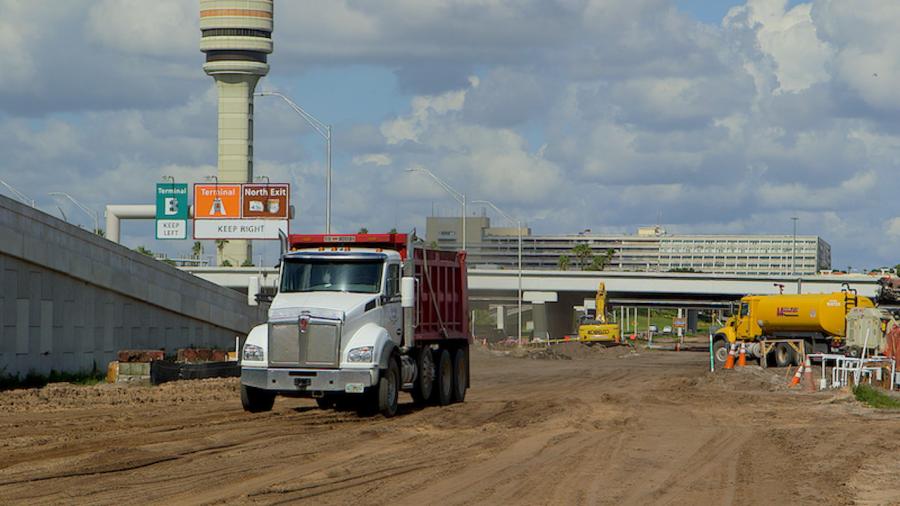 In addition, the multitudes of tourists also must share Florida's road and highway system with the state's 18 million full-time residents. The result is motorists often find traffic almost impossibly congested in densely populated areas, particularly along the I-95 corridor.

Although not designed to be the panacea for Florida's traffic woes, Virgin Trains USA did recognize the business opportunity before it: provide a travel experience by train that combines leisure and speed.

"Our objective is to connect locations that are too close to fly and too far to drive, as well as provide an additional travel option between populated cities with congested corridors," Mitzner explained. "In addition to our current service in South Florida, we have plans for additional stations in nearby Boca Raton, Aventura and PortMiami. We are also in discussions with local stakeholders regarding a line expansion to Disney and Tampa."

The trainsets themselves are designed and built by Siemens Mobility in California to be environmentally friendly and provide a cleaner alternative to motor vehicles. Additionally, Virgin Trains also projects that once Phase 2 is operational, it will remove 3 million cars from Florida's roads every year.

The hope is that those two factors will one day impact positively on the air quality in the Sunshine State, while also lessening traffic on the road, even if just a bit. CEG