Voters Have Final Say on Bond Issue for $3B in W.Va. Projects in October 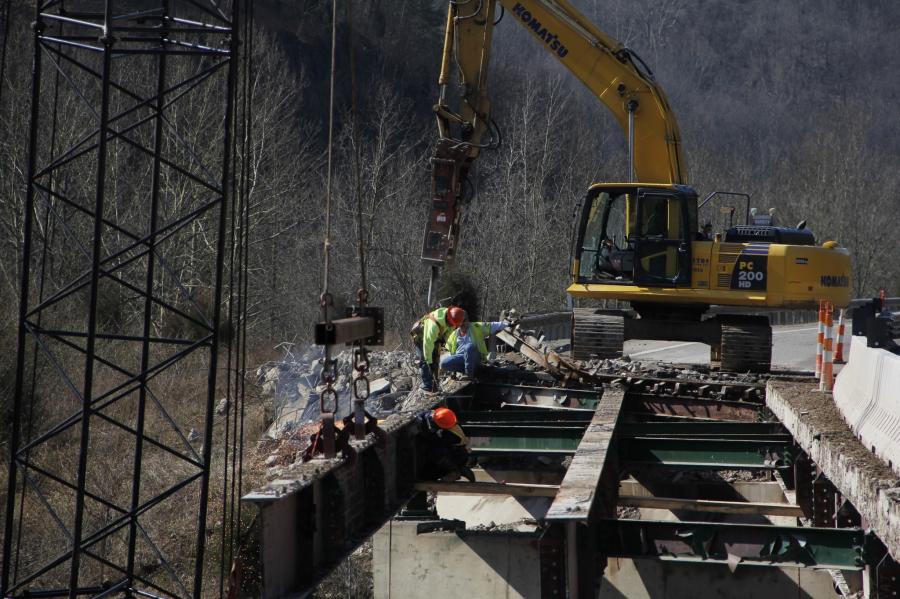 West Virginians will vote Oct. 7 on Gov. Jim Justice’s plan to issue bonds to support about $3 billion in projects to repair and rebuild state highways and bridges. (WVDOT photo)

CHARLESTON, W.Va. (AP) West Virginians will vote Oct. 7 on Gov. Jim Justice's plan to issue bonds to support about $3 billion in projects to repair and rebuild state highways and bridges.

Justice said he believes the referendum will pass. It would be “a terrible, terrible mistake” for people to not want better roads, thousands of jobs and the economic boost he said the state needs and would get, he said on June 27.

“I like it when the people vote and the voice of the people is heard,” he said.

The Legislature agreed to hold the referendum and separately voted to immediately boost the state's road repairs. To support it in the short term, lawmakers increased the gasoline tax by 3.5 cents a gallon effective July 1, raised the tax on car sales from 5 to 6 percent, and increased several motor vehicle fees, including annual vehicle registrations from $30 to $50.

Another bill the governor signed on June 27 authorizes the state Parkways Authority to issue construction bonds and set new tolls for the West Virginia Turnpike, including an $8 annual fee for passenger vehicles.

“Right now, we are spending about $160 million a year, $150 million maintaining our roads and in all honesty to really maintain the roads correctly it's probably going to cost around $300 million to get them back on line,” Justice said.

Additional bonding will give the state ability to generate the additional revenue on which the projected growth in the state budget is based, he said.

A report issued by TRIP, a transportation research group in Washington, said 17 percent of the state's rural roads are in poor condition and 17 percent of its rural bridges are structurally deficient.