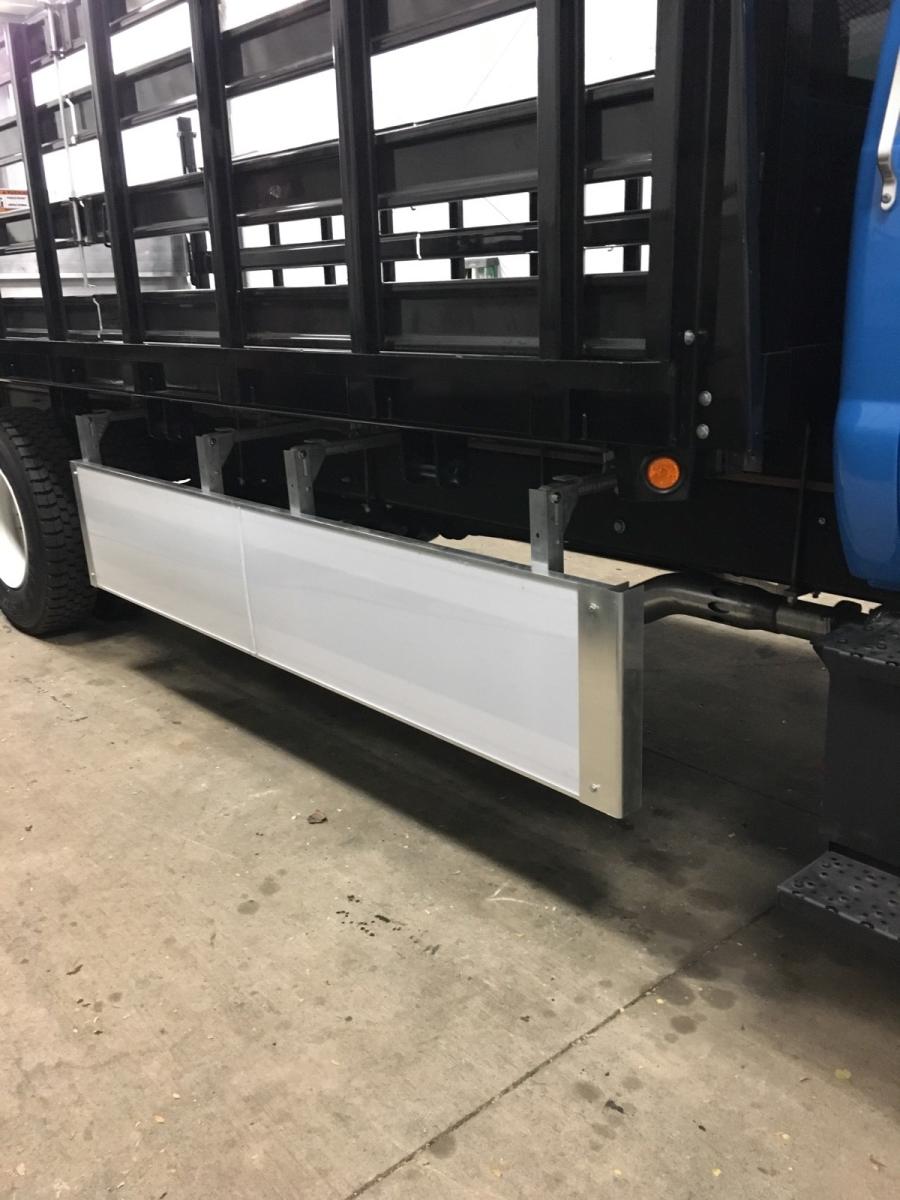 Walker Blocker Side Guards — truck side guards designed to keep pedestrians, bicyclists and motorcyclists from being run over by the rear tires of a large vehicle — were designed to block and deflect, preventing the deadliest road crashes.

In a recent 5-year period, 374 bicyclists and 1,372 pedestrians in the United States were killed from side impacts with large trucks.

Walker Blocker Side Guards — truck side guards designed to keep pedestrians, bicyclists and motorcyclists from being run over by the rear tires of a large vehicle — were designed to block and deflect, preventing the deadliest road crashes.

Walker Blocker's side guards were designed to fit all truck body types. They are modular in nature and come in standard and custom kits.

The Seattle Department of Transportation (SDOT) is the first to have Walker Blocker side guards installed. SDOT is getting ahead of a growing national trend and potential federal mandate. As a part of the Vision Zero Network (www.visionzeronetwork.org ), Seattle is taking a stance on truck safety within the city limits.

Seattle is working on a citywide ordinance similar to Boston that would require side guards on all Class 3 vehicles contracted with the city. Phase I installation saw more than 29 side guards installed on F-Series trucks, a cement truck and a pup-trailer. Phase II will be wider spread and potentially double the amount of side guards.

Partnering with Portland, Oregon's Bureau of Planning and Sustainability, Walker Blocker entered a pilot program aimed at up-fitting a minimum of 18 trucks in the refuse industry throughout Portland, Ore., area. Portland will reimburse each of the participating companies the full cost to be up-fitted with side guards. The plan is to test side loaders, rear loaders, front loaders and drop boxes and report the cost and effectiveness of the side guards. Walker Blocker has installed 19 side guards on six trucks thus far, with 12 more trucks to follow.

Walker Blocker was part of The NACTO (National Association of City Transportation Officials), in Chicago Nov. 1. With the help of Tri-Angle Fabrication two 5 ft. side guards with two 5 ft. extension kits were installed on a F750 crew cab stake body. The side guards were part of a parade of vehicles highlighting different safety devices.

The city of Chicago has mandated that side guards be installed on city vehicles that qualify by a later date in 2018 and contractor's vehicles with projects that are worth more than $2 million.

Walker Blocker is excited to be a part of a growing trend in truck safety in the USA.

“We felt a call to action based on recent deaths involving bicyclists. With our parent company, Allied Body Works, we wanted to make our side guards affordable, easy to install and modular in nature,” said Doug Strauss, director of national business development at Walker Blocker.