'We Have a Deal' On Infrastructure … Bipartisan Agreement Reached 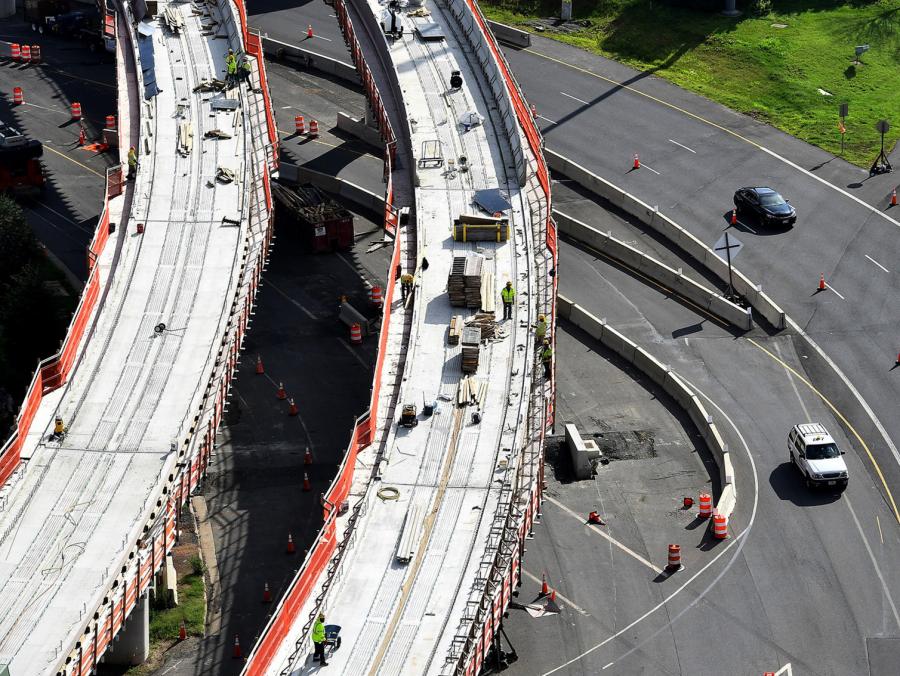 he bill’s price tag at $973 billion over five years, or $1.2 trillion over eight years, is a scaled-back but still significant piece of Biden’s broader proposals.

WASHINGTON (AP) President Joe Biden announced on June 24 a hard-earned bipartisan agreement on a pared-down infrastructure plan that would make a start on his top legislative priority and validate his efforts to reach across the political aisle. But he openly acknowledged that Democrats will likely have to tackle much of the rest on their own.

The bill's price tag at $973 billion over five years, or $1.2 trillion over eight years, is a scaled-back but still significant piece of Biden's broader proposals.

It includes more than a half-trillion dollars in new spending.

"When we can find common ground, working across party lines, that is what I will seek to do," said Biden, who deemed the agreement "a true bipartisan effort, breaking the ice that too often has kept us frozen in place."

The president stressed that "neither side got everything they wanted in this deal; that's what it means to compromise," and said that other White House priorities would be taken on separately in a congressional budget process known as reconciliation, which allows for majority passage without the need for Republican votes.

He insisted that the two items would be done "in tandem" and that he would not sign the bipartisan deal without the other, bigger piece.

Claiming a major victory five months into his presidency, Biden said, "This reminds me of the days when we used to get an awful lot done up in the United States Congress."

Biden, a former Delaware senator, said that as he put his hand on the shoulder of a stoic-looking Republican Sen. Rob Portman of Ohio as the president made a surprise appearance with a bipartisan group of senators to announce the deal outside the White House.

And there is plenty of skepticism on Biden's own left flank. Democratic Sen. Richard Blumenthal of Connecticut said the bipartisan agreement is "way too small — paltry, pathetic. I need a clear, ironclad assurance that there will be a really adequate robust package" that will follow.

June 24's deal was struck by the bipartisan group led by Portman and Democrat Kyrsten Sinema of Arizona, including some of the more independent lawmakers in the Senate, some known for bucking their parties.

And Sen. Susan Collins, R-Maine, said, "It sends an important message to the world as well that America can function, can get things done."

The proposal includes both new and existing spending on long-running programs and highlights the struggle lawmakers faced in coming up with ways to pay for what have typically been popular ideas.

The investments include $109 billion on roads and highways and $15 billion on electric vehicle infrastructure and transit systems as part of $312 billion in transportation spending. There's $65 billion toward broadband and expenditures on drinking water systems and $47 billion in resiliency efforts to tackle climate change.

Rather than Biden's proposed corporate tax hike that Republicans oppose or the gas tax increase that the president rejected, funds will be tapped from a range of sources — without a full tally yet, according to a White House document.

Money will come from $125 billion in COVID-19 relief funds approved in 2020 but not yet spent, as well as untapped unemployment insurance funds that Democrats have been hesitant to poach. Other revenue is expected by going harder after tax cheats by beefing up Internal Revenue Service enforcement that Portman said could yield $100 billion.

The rest is a hodgepodge of asset sales and accounting tools, including funds coming from 5G telecommunication spectrum lease sales, strategic petroleum reserve and an expectation that the sweeping investment will generate economic growth — what the White House calls the "macroeconomic impact of infrastructure investment."

The senators from both parties stressed that the deal will create jobs for the economy and rebuild the nation's standing on the global stage, a belief that clearly transcended the partisan interests and created a framework for the deal.

Democratic Sen. Jon Tester of Montana said it will show the world "we're not just, you know, a hot mess here."

For Biden, the deal was a welcome result. Though for far less than he originally sought, Biden had bet his political capital that he could work with Republicans toward major legislation.

Moreover, Biden and his aides believed that they needed a bipartisan deal on infrastructure to create a permission structure for more moderate Democrats — including Sinema and Joe Manchin of West Virginia — to then be willing to go for a party-line vote for the rest of the president's agenda.

It's still a long haul to a bill signing at the White House. The Senate expects to consider the bipartisan package in July, but Biden's bigger proposal is not expected to see final votes until fall.

AED's President and CEO Brian P. McGuire issued the following statement about the agreement between President Biden and a bipartisan group of U.S. Senators on a $1.2 trillion infrastructure framework, which includes nearly $579 billion in new funding:

"AED commends President Biden and the Senate negotiators for reaching a bipartisan agreement that will provide long-overdue investments to rebuild America's crumbling infrastructure, create jobs and spur economic growth. The equipment industry demanded bipartisan action on infrastructure legislation, and the voice of AED members from across the country has been heard loudly in Washington."

"While the agreement is a significant step forward, Congress must now finish the job and pass legislation to make the critical investments contained in the bipartisan framework a reality. And, let us be clear: the infrastructure plan is merely a down payment on the country's overwhelming infrastructure needs. From deficient roads, obsolete bridges, crumbling dams and levees, and inadequate airports, storm drainage, pipes and broadband, Congress must do more, including by completing the surface transportation reauthorization process before the FAST Act expires on September 30."

The American Society of Civil Engineers (ASCE) is encouraged by today's bipartisan agreement on an infrastructure framework that includes over $550 billion in new investments to revitalize the nation's road, transit, water and electric grid.

These investments will help address our nation's 10-year, $2.59 trillion infrastructure funding gap that was identified in ASCE's 2021 Report Card for America's Infrastructure, which assigned our nation's infrastructure a grade of ‘C-' across 17 categories, most of which are addressed in this plan.

Deteriorating infrastructure deficiencies is costing each American household on average $3,300 per year if swift action is not taken. This bipartisan framework could mitigate those losses. American families and businesses are counting on Congress to work together to deliver safe roads and bridges, clean drinking water, reliable electricity, and climate-resilient communities.

We commend this group of Senators for their leadership, and urge the full Congress to act quickly on the agreed upon framework and pass legislation next month.