West Seattle Bridge to Be Reconstructed By Kraemer N.A. 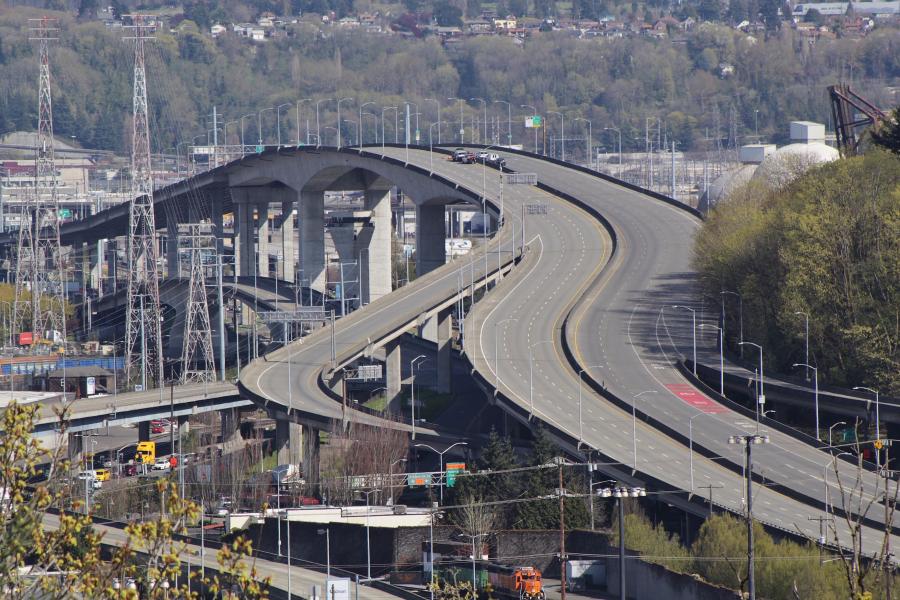 Post-tensioned steel cabling, additional carbon fiber wrapping and injections of a grout slurry material around the base of Pier 18 are part of the remaining work to be done on the high rise bridge.

The winning contractor to construct final repairs for the West Seattle High-Rise Bridge and Spokane Street Swing Bridge will be Kraemer North America.

Kraemer had the best-scoring proposal based on technical merit, total price and interview, according to documents.

The high rise bridge has been closed since March 2020 and an extended process was undertaken to determine whether to repair or replace the damaged 36-year-old structure.

When Mayor Jenny Durkan chose the repair option, roughly 30 percent of the work to stabilize the bridge had been done by a design and construction team that included Kraemer NA. Epoxy had been injected into cracks, external (but inside the girders) post-tensioned steel cabling had been installed, the girders had been wrapped with carbon fiber reinforced polymer and the damaged bearing at Pier 18 had been released.

Then a monitoring process began to judge how the bridge and the partial repairs would perform over the winter. Once completed (even tolerating 1 ft. of snow in February) the Seattle Department of Transportation issued a new Request for Qualifications for the remaining year's worth of work on both the high rise and Spokane Street Swing Bridge which had also been found to have developed cracks, though of a somewhat different nature. SDOT estimated that the repair work on the high rise bridge would be $58 million and an additional $14 million for the Swing Bridge. That work will be more in the form of preventative maintenance including epoxy injections into cracks and carbon fiber wrapping both inside and outside the movable spans. Also planned are a controls system upgrade and refurbishment of the hydraulic cylinders that permit the two halves to spin clear of the river.

More post -tensioned steel cabling, addition carbon fiber wrapping and injections of a grout slurry material around the base of Pier 18 (east side of the river) are part of the remaining work to be done on the high rise bridge.

The high rise bridge work is expected to be complete and the bridge reopened to traffic by mid summer 2022.