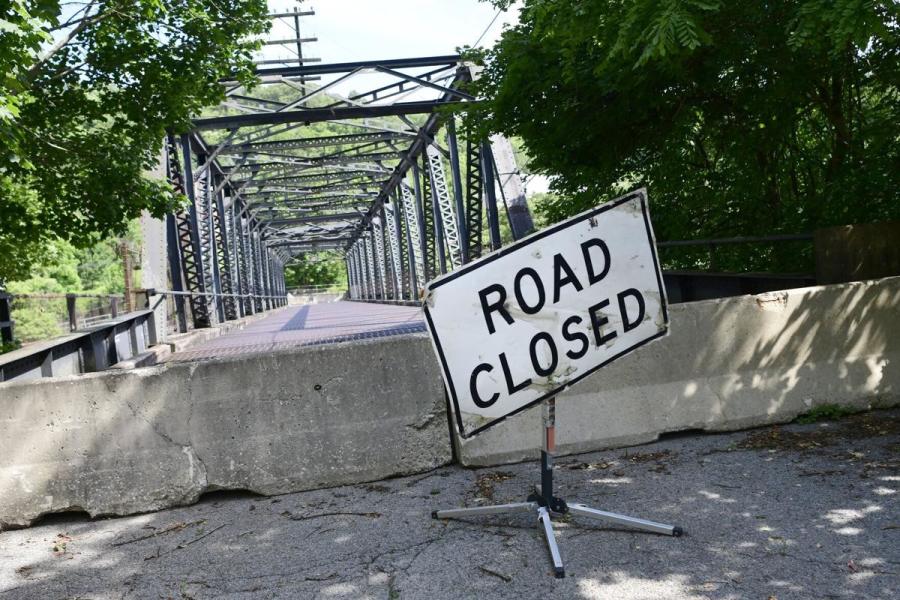 The Grant Street Bridge, which was closed in 2019 due to structural deterioration, will be seeing a $10.5 million replacement in the near future. Norfolk Southern, which owned the bridge and had a maintenance agreement with the city, agreed to contribute $500,000 towards the replacement project and relinquish ownership to the city of Bluefield. (BDT photo)

The West Virginia Division of Highways (DOH) awarded a contract for $8.7 million on April 12 to construct a replacement for the Grant Street Bridge near downtown Bluefield, state officials announced.

In October 2020, Gov. Jim Justice stated that $10.5 million in federal, state and local funding would be provided to replace the decaying bridge, according to the Bluefield Daily Telegraph.

Erected in 1941, the current 320-ft. bridge crosses railroad tracks owned by Norfolk Southern and connects Princeton Avenue and the Wayne and Henry Streets area of Bluefield. The bridge was closed in early June 2019 after a routine partial inspection by the DOH found major structural problems.

Byrd White, West Virginia's secretary of transportation, said the new bridge would be 330 ft. long and provide vital access to downtown Bluefield. The project has an estimated completion date of April 2022.

Hinton, W.V.-based Brayman Construction was low bidder on the project, with a bid of almost $8.1 million, reported the Daily Telegraph.

Officials with the DOH, a part of the West Virginia Department of Transportation (WVDOT), led an effort to broker an agreement between Norfolk Southern and the city of Bluefield, who jointly owned the old bridge, before announcing the replacement project.

"This bridge is essential for the citizens of Bluefield to get to commerce and health care," said White. "We are pleased to be working with our governor, the city of Bluefield and the railroad to create a safe solution for the people who rely on this bridge."

Tucked amid rugged mountains, just north of the West Virginia-Virginia state line, Bluefield is in the heart of the state's coal country. The town of approximately 10,000 people also is located just west of Interstate 77.