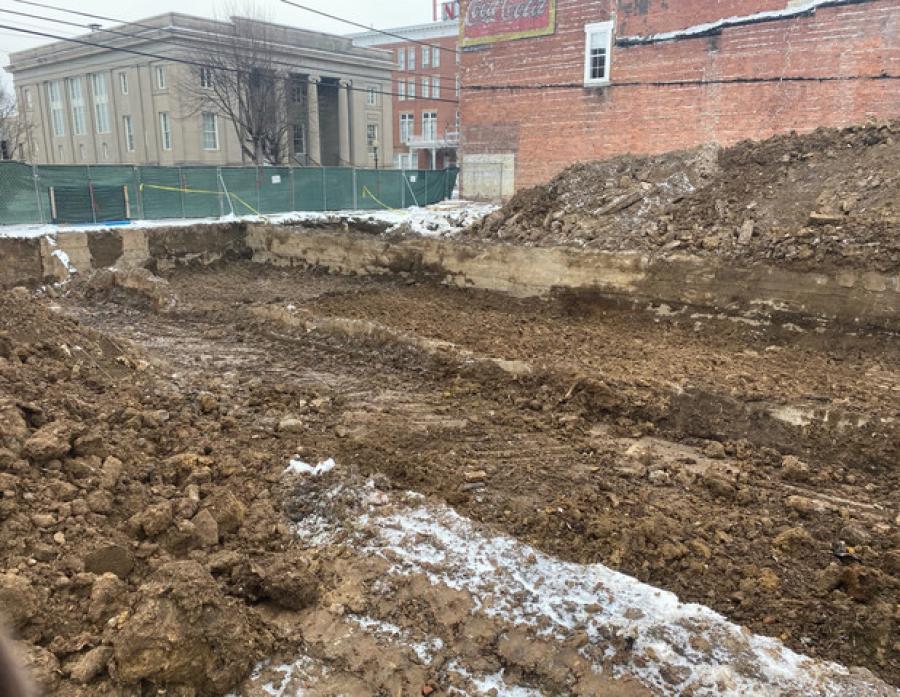 Museum staff broke ground Feb. 22 for a new building to house the Point Pleasant River Museum and Lakin Ray Cook Learning Center in West Virginia, near the confluence of the Ohio and Kanawha rivers.

Following a fire that gutted the Old Nease Building, the previous home of the museum, the staff has been working to raise funds for a new building.

Many of the artifacts were saved after the fire for the reopened museum. The new building will resemble a flatboat like those that used to travel up and down the Kanawha and Ohio rivers.

"The architecture of the design of this building [is] gorgeous," McCormick said.

Charleston's Persinger & Associates is the contractor of the $10 million project.

The facilities also will house the Lakin Ray Cook Learning Center, a training center with riverboat simulators for inland waterway navigation, as well as an attraction for the general public.

There are only six training centers in the country and only three on the east side of the Mississippi River. McCormick explained that the new facility will offer a better electrical situation for the simulators and put Point Pleasant on the map as a designation for riverboat training.

In addition to training, he said he also plans to offer history preservation classes at the center. McCormick hosts a show about rare artifacts and discoveries on West Virginia Library Television and said he will use that knowledge to expand the museum's archaeological operation.

He added that the area and the riverbanks have many layers of artifacts because so much happened in and around Point Pleasant for hundreds of years.

In fact, the town and its waterways share a storied kinship with America's history.

The town earned its name in 1770 after George Washington commented that the intersection of the Ohio and Kanawha rivers was a "pleasant point." The Battle of Point Pleasant in 1774 pre-dated the battle of Lexington and Concord and is considered by some to be the first battle of the American Revolution.

In 1908, the U.S. Senate recognized the Battle of Point Pleasant as the first battle of the war, although the measure failed in the House of Representatives.

For two decades, museum founder and former executive director Jack Fowler chronicled the history of West Virginia's waterways. Sadly, he passed away last year at the age of 85.

"Our prayer was that he could be the first to open that door," Point Pleasant Mayor Brian Billings said to the Huntington Herald-Dispatch at the time.

Construction on the building is scheduled to be completed in August and McCormick said the museum will reopen to the public in the fall.

When that day comes, he looks forward to welcoming the community back. Through teaching history classes for kids, he said he's seen the impact of hands-on history education.