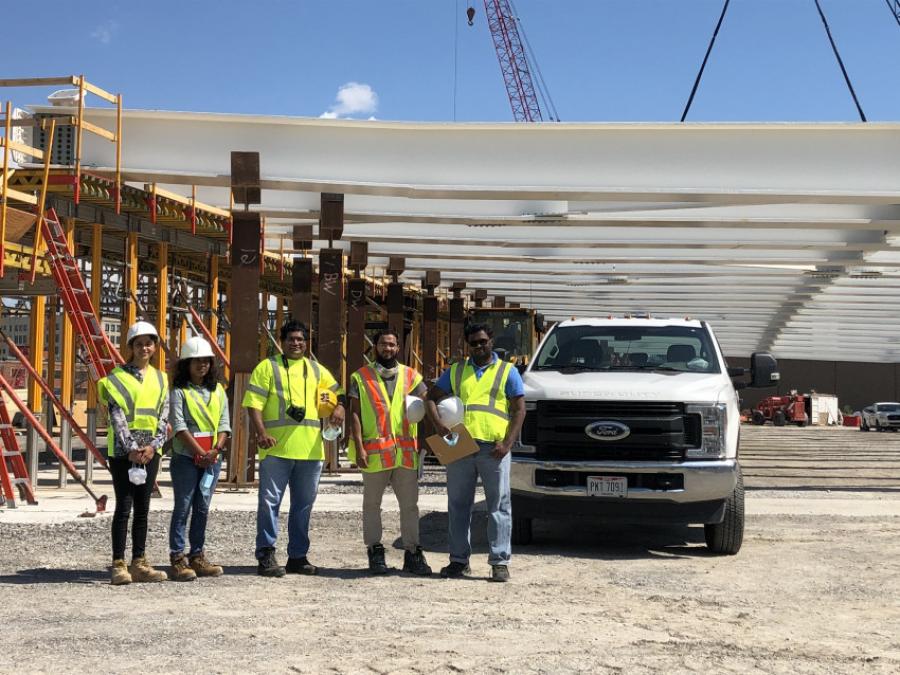 The historic Bipartisan Infrastructure Deal is billed as a "once-in-a-generation investment" in the nation's infrastructure, creating millions of jobs to innovate and rehabilitate crumbling roads and bridges and transportation networks. Research under way by Western Michigan University's renowned Center of Excellence for Structural Durability will play an integral role in the future of infrastructure — not just in the United States, but around the globe.

"I think Western's prepared us well for meeting the demand that's going to be out there in our field," said Emily Lange, a senior civil engineering student of Whittemore, Mich.

Led by Upul Attanayake, professor of civil engineering, Lange is one of several students working with the Michigan Department of Transportation (MDOT) on a project to rebuild the 2nd Avenue bridge over Interstate 94 in Detroit. It is the first network arch bridge in the world that will be partially completed off-site and moved into place using self-propelled modular transporters.

"The unique structural configuration and the use of innovative accelerated bridge construction [ABC] techniques make this one of the most significant projects in bridge engineering," said Attanayake.

Western students are designing the instrumentation system that uses sensors to monitor different phases of bridge construction, installing that system and investigating how the unique concrete being used in the project will respond to vehicle loads and the construction sequence as well as the environment. 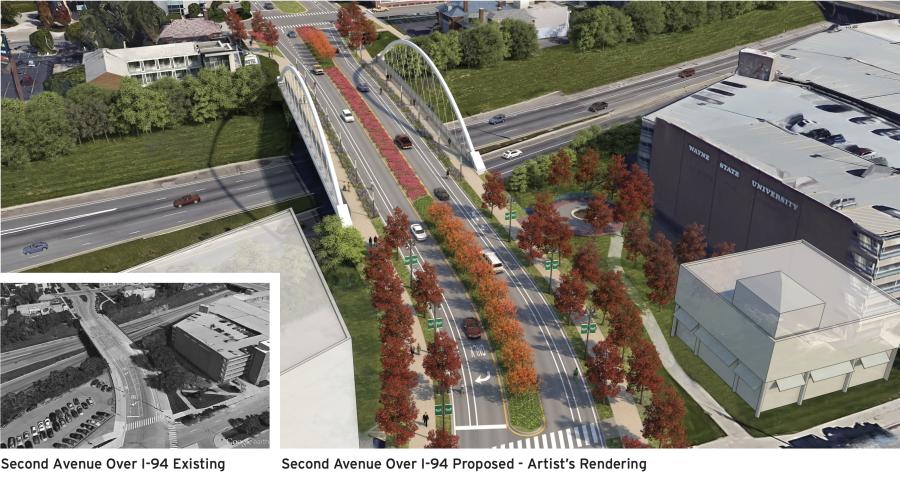 "Once they finish construction, we will establish the baseline, because their concrete mix is very unique; it's not been used previously, so we don't know how it's going to behave," Attanayake said. "[The engineers] make a lot of assumptions during design, so now we want to validate how closely these assumptions represent the reality and what the real condition is at the end of construction. Then they can decide on the magnitude of load that they can put on the bridge and what kind of maintenance they need to do based on the sensor data."

Doctoral student Harsha Amunugama has been working on the project since it began in 2019, primarily designing and installing the sensor system to monitor the stress on the structure throughout the construction process and in-service.

"Some of the applications I'm working on right now I can apply once I go back to my home country," said Amunugama, who is from Sri Lanka.

He worked on some large hydraulic dam projects before coming to Western but feels this work will uniquely position him to advance work in his field when he returns home.

"This is a very rare project to be part of," he said.

"It's great exposure, being able to see actual structures and look at actual problems while working on real-life projects. It's really interesting," said Kanchani Basnayake, also a doctoral student from Sri Lanka, who came from a research background.

Basnayake is studying the creep and shrinkage behavior of the concrete mix being used for the structure and its influence on how the structure is going to behave as a system.

Undergraduate students also have had a chance to be part of this historic project. Lange, along with classmates Kavya Kuruppuarachchi and Samantha Heatherly, used computer modeling software to design temporary support structures for the off-site bridge construction as part of their senior design project — a capstone experience completed by senior engineering students. They also developed a detailed cost estimate for their work as well as proposed a detour route for bridge installation to minimize the impact on the environment.

"All of the courses and everything we've learned, we have to use it all on this project. So, it's a good way to test everything we've learned," said Kuruppuarachchi, a senior from Sri Lanka. "And it's not just applying the knowledge we have but also making us work as a team. You have to learn how to work with each other, find each other's strengths and weaknesses. It's almost a rehearsal before we go into doing it in real time with real companies [after we graduate]."

"It's also interesting because this is a real project that's going on in Detroit right now," added Heatherly, a senior of Downers Grove, Ill. "I think Western's senior design project process is a great way to set us up for real-world application. It gets you to think critically, it gives you communication skills, you learn how to work as a team and do these design projects in real time."

The team submitted completed work to their capstone design project sponsor, design firm HDR, for consideration. They presented their findings at the College of Engineering and Applied Sciences' Senior Design Conference on Dec. 7. Construction of the bridge is expected to wrap up in spring or summer 2022.

"It's a once-in-a-lifetime opportunity for the students," said Attanayake. "Once they finish this, they can get right to work after graduation because no one will have this level of experience on a complicated project like this. It will open up a lot of employment opportunities."