The event featured an array of food trucks, competitions, vendor displays, product demos and a truck show, which attracted more than 350 guests. 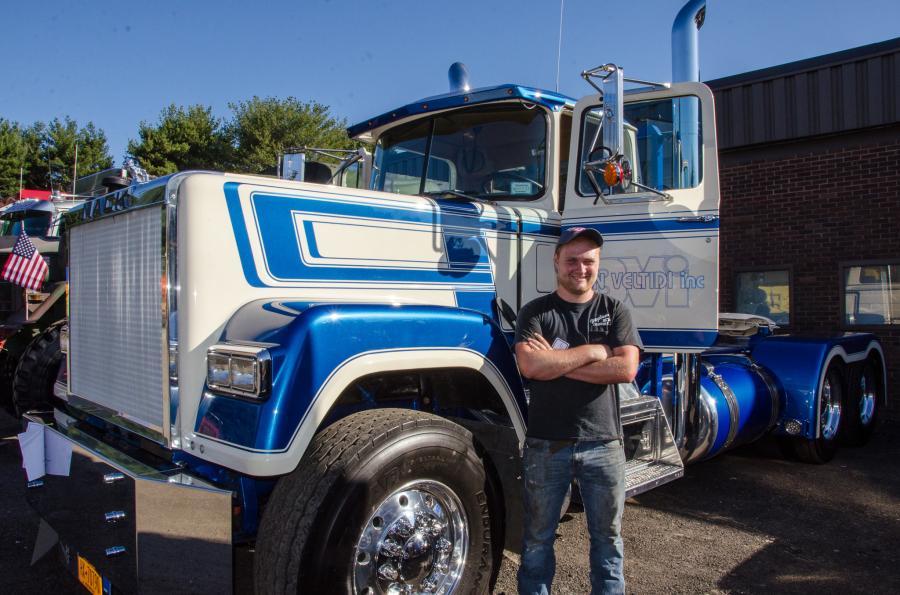 Kyle Pelletier of Truck Builders of Connecticut won 1st place in the tractor division in the truck show contest with his 1986 Mack Superliner.

The W.I. Clark Company celebrated the first day of fall by hosting a customer appreciation day on Sept. 22 at its Wallingford, Conn., location. This family owned and operated business began in 1920 with Winfred Ira Clark selling parts off the back of a motorcycle. In 1925 he opened his first location in New Haven, Conn., selling Ingersoll Rand equipment and parts. W.I. Clark was very involved in the creation of many of the roads that exist in Connecticut today, and over the course of 90 successful years in business, has expanded into Connecticut's premier John Deere, Hamm/Wirtgen/Vogele, Kleemann, LeeBoy, Hitachi, Doppstadt and Eager Beaver dealer with 88 employees and three locations throughout the state.

The W.I. Clark company wanted to show its appreciation by giving back to its loyal customers and community. The event featured an array of food trucks, competitions, vendor displays, product demos and a truck show, which attracted more than 350 guests. Attendees had a chance to prove their skills in three different competitions: Aaron Nezvesky of Snow's Farm won the Excavator Challenge as he mastered the controls of a John Deere 85G excavator. Brian Riendeau of Riendeau & Sons Logging won the Forestry Simulator Challenge by loading 42 logs in three minutes. The Excavator Simulator Challenge was won by Zack Tiezzi of Summit Landscaping. The grand prize raffle drawing featured the free use of a mini-excavator for an entire month, which was awarded to Chip Neal of Seymour Sealing Service.

Topcon, a vendor at the event, had a wide range of GPS tools on display for land surveying and equipment control. It also had a demonstration allowing customers first-hand access to a Hitachi excavator equipped with a GPS system that allowed them to operate the machine without needing to look through the windshield. The Topcon 3D-MC2 increases speeds up to 200 percent when installed on a dozer, with a tighter accuracy than ever before, and machines can now be ordered already equipped with these devices.

W.I. Clark proudly serves all of Connecticut, western Massachusetts and Rhode Island. Its Brookfield location is closing and moving to 17 Eagle Road in Danbury, Conn., conveniently located just off I-84.