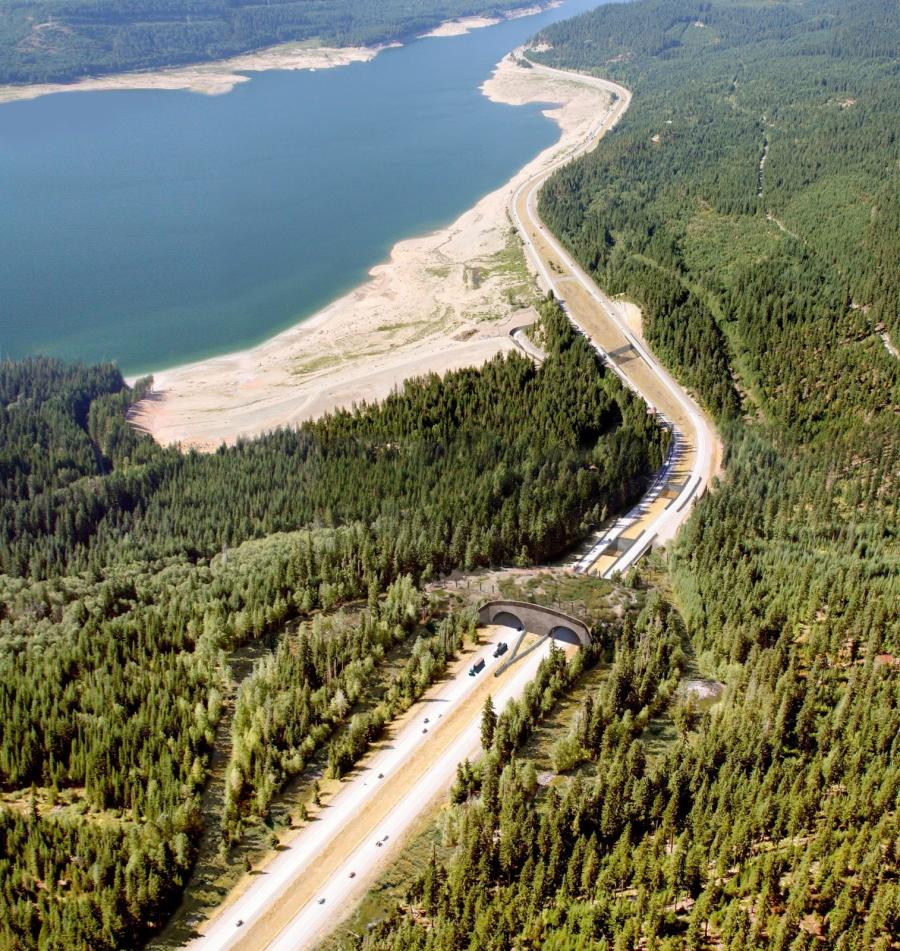 Landsberg said that WSDOT’s wildlife issues are not just focused on fish alone. “We’re dealing with habitat connectivity along I-90; adding wildlife crossings to prevent vehicle-animal collisions,” she said. “That’s a safety issue for motorists, too, so [the crossings] serve a dual purpose.”

Managing wildlife issues, such as fish migration, while figuring out ways to forge stronger ties with Native American tribal governments are two of the "hot issues" currently facing state departments of transportation.

"We are fundamentally changing how we approach, manage and build the transportation network in our state" by being more proactive when it comes to wildlife issues, said Karin Landsberg, senior policy specialist air quality emissions with WSDOT.

"We're identifying performance gaps which helps us develop strategies can we use to make improvements as well as identify what solutions are working so we can better manage our multimodal system," she said.

Improving fish passage is one "huge issue" in that regard, Landsberg said, as the state supreme court upheld an injunction filed by 21 northwest tribes that Washington has a "treaty-based duty" to preserve fish runs and thus must repair or replace culverts that impede salmon migration. The result: a six-year $3.7 billion project that is fixing 415 fish passages and has generated a 90 percent gain in fish habitats.

Landsberg also said that WSDOT's wildlife issues are not just focused on fish alone. "We're dealing with habitat connectivity along I-90; adding wildlife crossings to prevent vehicle-animal collisions," she said. "That's a safety issue for motorists, too, so [the crossings] serve a dual purpose."

Rhonda Fair, director of tribal coordination for the Oklahoma DOT, and Anna Bosin, research engineer and tribal relations coordinator with the Alaska DOT&PF, detailed efforts to engage their agencies more closely with tribal governments on transportation needs – a coordination process that brings benefits to both parties.

"Oklahoma has 38 federally-recognized tribes [and] over the years they have contributed $192 million to transportation projects; a number I believe is underreported," Oklahoma DOT's Fair said. "Tribal communities also tend to have large number of members who don't own cars, so they have more pedestrian and transit needs."

Those needs resulted in the Oklahoma DOT consulting with various tribal governments within the state on 109 transportation projects in 2018 alone. "The ‘hot topic' for us is how we address and work with tribes on those construction activities," Fair said. "We involve them in identifying and assessing historic properties during cultural surveys, which is key to locating unmarked burial areas."

She added that "you cannot underestimate the value of personal relationships in this process," noting that the Oklahoma DOT rescheduled one particular bridge project so it would not interfere with a week-long tribal celebration.

"This leads to more productive outreach to the tribal communities," Fair said. "Don't just go to your partners when there is a problem; forge relationship ahead of time for when the problems come. Shift to become relationship-focused, so when project problems come up, they can be solved easier."

Alaska DOT & PF's Bosin said that tribal partnerships in her state – Alaska is home to 229 federally-recognized tribes, which is almost half of the nation's 512 federally recognized tribes – are a "very rewarding subject to talk about" especially when it comes to helping maintain far-flung infrastructure.

"We're trying to contract more with tribes for local airport maintenance for snow plowing, runway inspections, equipment checks; they are the ones living right there," she said. The Alaska DOT&PF is also requiring "post-award" conferences for transportation construction projects worth $5 million or more so contractors will go into the tribal communities and do hiring there.

"It is very rewarding to go into a community and learn what their transportation needs are; to go in and listen to their needs, start with small projects and follow through on small items, treating them as partners along the way," Bosin said. "What we are aiming to do from our DOT perspective with all of this is facilitate better communication with the tribes, generating more efficient project delivery while ‘institutionalizing' the projects to promote local economic benefits."

Carissa Watanabe, an environmental performance manager with the Utah DOT, added a slightly different wrinkle to the discussion by showing how tourism and recreation needs are affecting transportation project planning at her agency.

For example, Little Cottonwood Canyon – a major tourist site in Utah, with more than 5 million visitors annually – also sports the highest avalanche risk in the world. And Watanabe said avalanche mitigation efforts can close roads for up to four hours, potentially leaving tourists focused solely on the traffic delays and not the beauty of the site they are visiting – possibly turning them off to future visits.

"Thus we don't want visitors to think about how bad traffic is when they are visiting an outdoor recreation area – and that's why we're soliciting input from state parks, MPOs [metropolitan planning organizations] and others to deal with the transportation issues in such areas."

On top of that, a "high influx" of visitors, while great for local economy, also puts a tremendous stress on local infrastructure, she said, "And not just to transport the visitors themselves but also the service workers who support park and recreational facilities." By engaging in broader outreach to local communities and organizations in those recreation areas, Utah DOT hopes to gain more ideas in terms of solving such transportation issues.