Few companies survive nearly 100 years, especially considering the severe economic downturns of the last century: the Great Depression; the tumultuous construction market of the late 1970s and early 1980s; and the Great Recession of 2008. Wingra Stone Company made it through all of those — as well as the good times — by adjusting its operations and making strategic moves as needed. 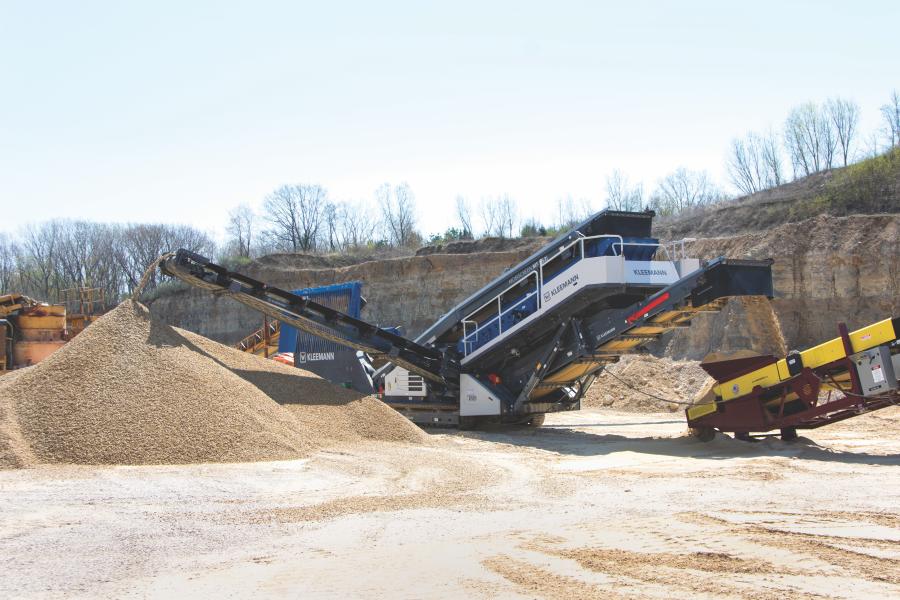 Stewart Watson founded the firm in 1928 under the name Stewart Watson Construction. A high school principal at the time, he started making aggregates for county and township roads around Dane County, Wis., during summer breaks. He eventually turned it into a full-time operation and changed the name to Wingra Stone Company in 1949. His son, Jim, and son-in-law, Robert F. Shea, joined Wingra Stone Company, then took over leadership in the 1970s. Shea's son, Robert M., is now the third-generation owner of the company, based in Madison, Wis.

"Our main products are concrete stone and washed sand," said Travis Wise, vice president and general manager of Wingra Stone Company. "In total, we have about 20 variations that we make for all types of construction-related projects, including roadwork, commercial and residential sites, and more. We also make custom specifications upon request. Customers can pick up products with their own trucks, or we can deliver."

About three years ago, Wingra Stone Company was looking for new crushing and screening equipment and demoed multiple brands. Among them were a Kleemann Mobirex MR 130 Zi EVO2 closed-circuit impact crusher and a Mobiscreen MS 952i EVO screening plant from Roland Machinery Company.

"Kleemann gave us the best performance, so we bought those," said Casey Downs, crushing and washing superintendent. "The MR 130 allows us to crush concrete, asphalt, limestone, gravel and sand. It has several features that our operators like, including the ability to auto set the feed system. You can input parameters, and the crusher will automatically adjust speeds to maximize production and efficiency. Our operators also like that they can crush and track at the same time and can do it by remote control from the machine feeding the crusher. It's easy to change bars, too — which can be done in a couple of hours, compared to several hours with some of our older crushers."

Wingra Stone Company often pairs the crusher with its Mobiscreen MS 952i EVO to make multiple products at once. It also uses the 952i independently with its other crushing equipment. 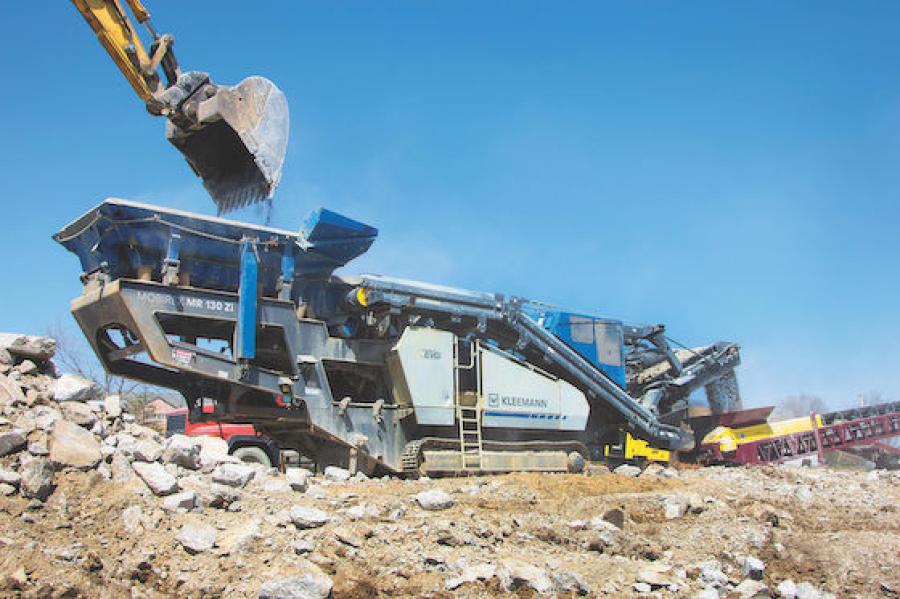 "It all depends on the projects we have going at any one time," explained Wise. "We can make as many as three types of material at once with the 952i. The production we get and how clean the products coming out of it are is like nothing I have ever seen. Even our big plants won't get the material as clean."

Wise and Downs indicated that portability is a major advantage of the tracked Kleemann products.

"We can easily move them from one site to another and be up and running in a matter of minutes," said Downs. "That ability gained us a new customer. They called one morning and asked if we could make a certain product they needed right away. We loaded up the crusher and took it from one quarry to another and made their material that afternoon. That led to five more jobs for them."

"Our relationship with Roland [Machinery] goes back several years," said Downs. "They are great about setting up demos, so we can try machines to ensure they are the right fit, and Casey and Roland [Machinery] support us with service, parts and training. If an issue pops up, they are right there to take care of it."

Last year was one of the best in terms of sales in Wingra Stone Company's long history, according to Wise. He's hoping that trend continues but said the company's focus remains on continuing to provide quality products and outstanding service.

"If you don't take care of your clientele, all the products in the world won't be good enough, so that's what we do," said Wise. "The foresight back in the early days to acquire land and permit the quarries led to Wingra Stone being able to supply such a large and diverse customer base. We expect to keep it and build on it as we look forward to the next century."

This article first appeared in Roland Industry Scoop and was reprinted with permission of Roland Machinery.