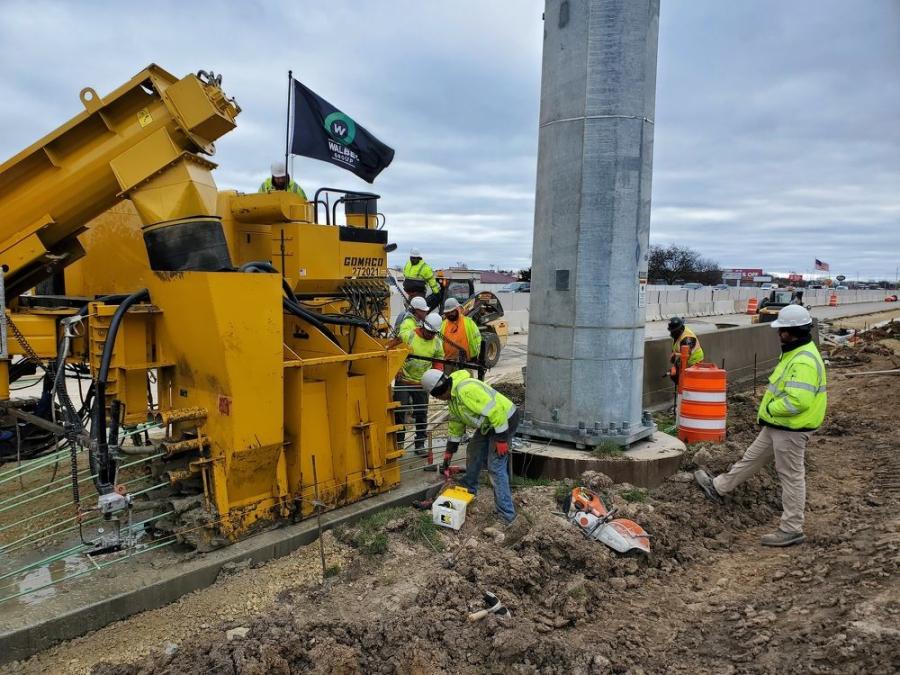 The project has approximately 100,000 tons of HMA to pave, and it will be critical to have the mix placed before unfavorable paving conditions set in. (Wisconsin Department of Transportation photo)

In an effort to improve the existing system while evaluating comprehensive, long-term beltline plans, the Wisconsin Department of Transportation (WisDOT) is overseeing a $45 million project that began in 2018 with planning and design work. The sustainability of U.S. 12/18 in Madison, Wis., is considered critical to south-central Wisconsin and is a priority for WisDOT. 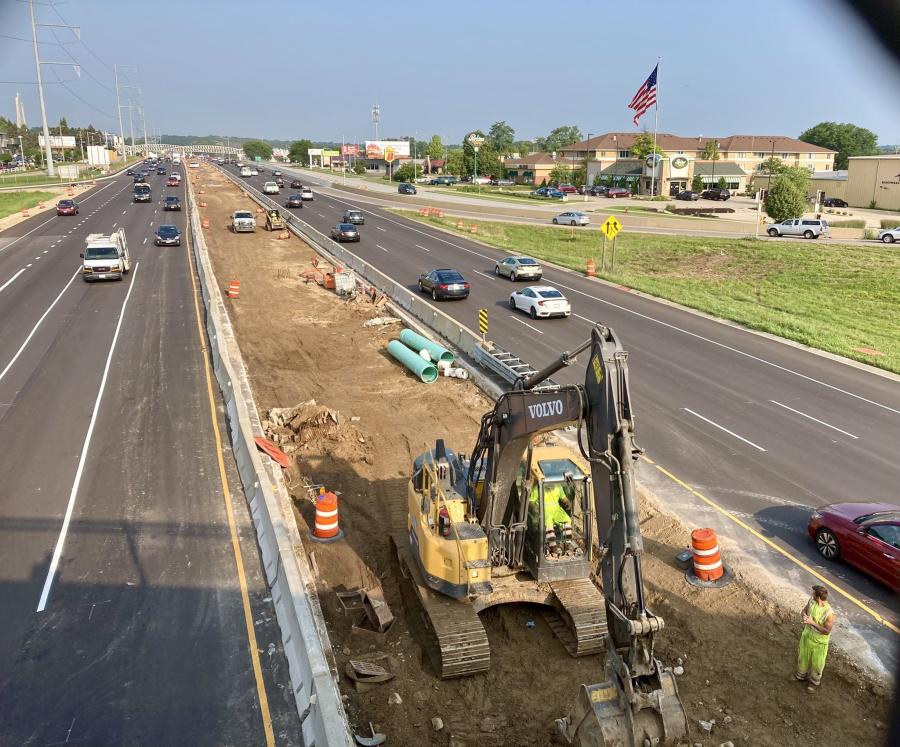 "There are 120,000 vehicles per day on the Madison Beltline [U.S. 12/18]," said Steve Theisen, WisDOT communications manager. "This project will benefit all drivers ranging from commuters to regional traffic.

"WisDOT is making improvements on the Madison Beltline between Whitney Way and Interstate 39/90 in Dane County. They include resurfacing to address deteriorating pavement, improving existing drainage deficiencies, replacing the existing median barrier wall and upgrading beltline median shoulders to be used part-time as travel lanes."

Upgrading the shoulders for through travel is a practice known as part-time shoulder use, currently in place in 17 states. The shoulder travel lanes would typically be open during peak periods to safely and efficiently improve travel reliability between Whitney Way and the interstate.

"Part-time shoulder use is branded in Wisconsin as the flex lane," said Theisen. "This concept is recognized as a safe, sustainable and reliable way to alleviate congestion. Changeable message signs will be used to indicate when the shoulder is available for use."

Theisen explained that the undertaking will enhance driving conditions.

"Safety is the number one priority at WisDOT. Part-time shoulder use is increasingly recognized as a way to optimize the performance of existing infrastructure and improve safety and reliability of the transportation system.

"The inclusion of this flex lane can address congestion delays, as well as reduce the number of crashes caused by the recurring congestion. Evaluations indicate these lanes would function for the duration of the pavement life, at least 10 to 15 years following implementation."

Travel time reliability, as well as the average amount of time needed to travel the beltline during peak hours, are both projected to improve significantly with the flex lane. It's estimated to save more than $11 million per year in user delay costs.

"WisDOT staff diligently investigated the concept before design and implementation," said Theisen. "Staff continue to coordinate with local first responders, federal agencies and other state DOTs across the nation that have incorporated the concept.

"The flex lane is an interim measure to extend the remaining life of the Madison Beltline system, while addressing existing safety and operational needs. The modifications are being made with no real estate acquisitions from properties."

WisDOT is evaluating potential long-term solutions for this Madison area highway in a separate study, the Madison Beltline Planning and Environment Linkages (PEL). The PEL study will identify and evaluate a range of modal strategies that could address current and future beltline needs, including potential enhancements to transit, bicycle and pedestrian facilities.

Theisen said WisDOT is aware of the current pandemic impacts on travel along the beltline, and continually monitors traffic volumes. 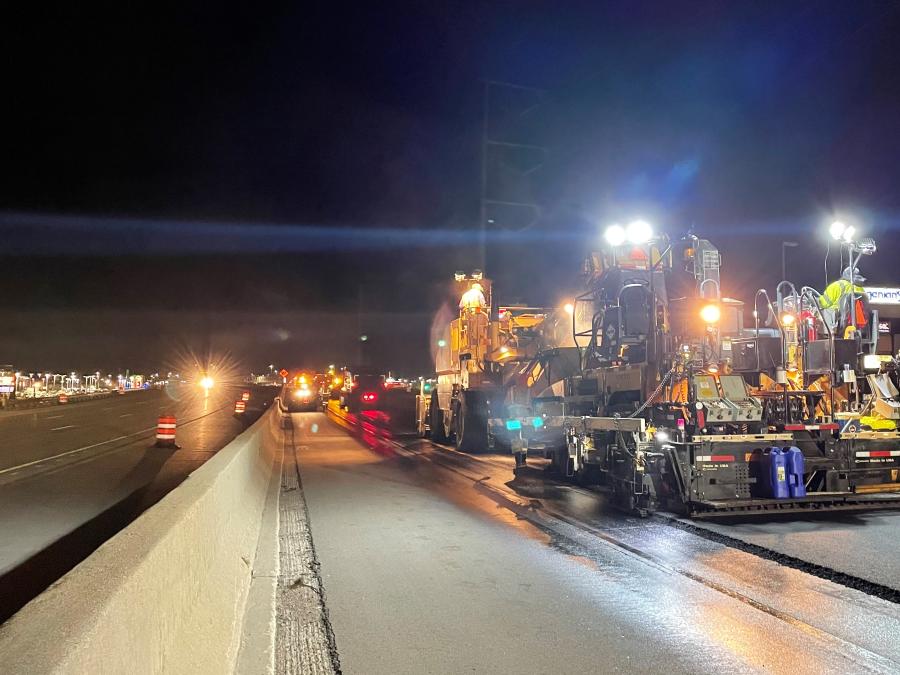 "We are, as well, examining longer-term effects on travel patterns and other factors that may alter travel demand through the ongoing Beltline PEL Study. We anticipate that traffic will return to prior volumes as previous traffic returns, traffic from other congested routes moves to the beltline and as the population and jobs in Dane County continue to grow."

Traffic through the work zone has not been a significant issue.

"The biggest challenge on the project is work zone access," said Alex Hagen, WisDOT construction project manager. "The majority of the construction work is located in the median of the Madison Beltline, in which the median work zone is currently protected with a temporary precast concrete barrier wall."

Stages 1A and 1B of the project, which consist of shoulder widening along the Madison Beltline from approximately Todd Drive to Fish Hatchery Road are near completion, with some minor grading and restoration.

"Hot mix asphalt paving is a major milestone on the project," said Hagen. "The project has approximately 100,000 tons of HMA to pave, and it will be critical to have the mix placed before unfavorable paving conditions set in. The project currently has an October 1, 2021 interim completion date for HMA paving." 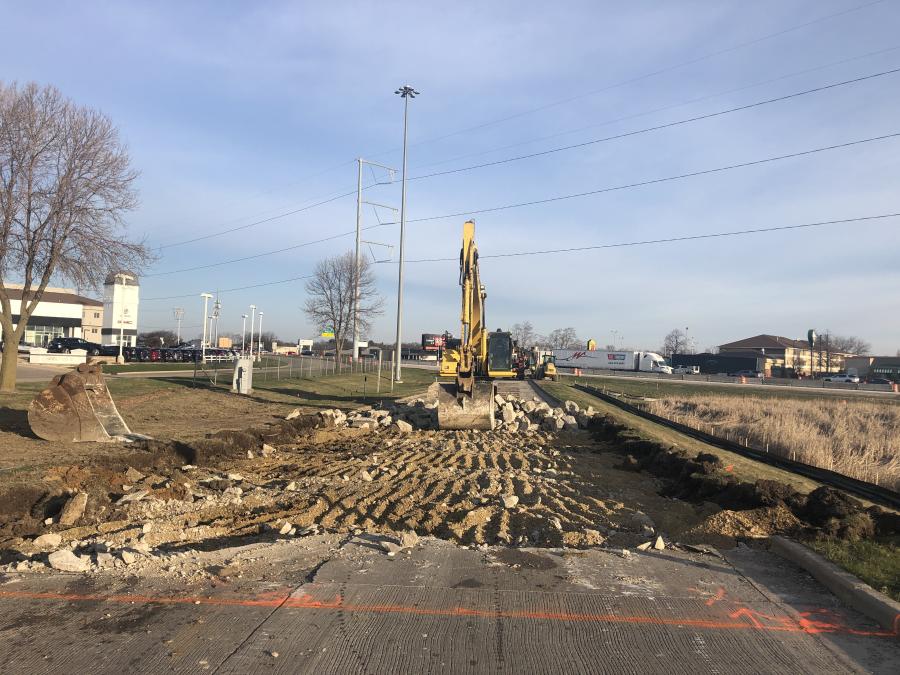 "This work has been completed during nighttime operations under inside double lane closures along the Madison Beltline. The contractor has been utilizing up to approximately 10 dump trucks per night while performing the pavement and barrier wall removal operations.

"Overall coordination and communication between all of the contractors is critical to making this project successful," said Diehl, "especially with work operations taking place 24-hours per day."

"In 2019, the HMA two-inch lower layer was placed under a separate contract, so it's important to get the HMA two-inch upper layer paved as part of the Flex Lane project to minimize potential pavement structure impacts."

As part of the flex lane project, all median barrier wall will be replaced.

"Some of the more challenging areas of the barrier wall construction include locations when the elevation difference between the eastbound and westbound Madison Beltline lanes are greater than one foot," said Diehl. "In some areas on the project, the median barrier wall will act as a retaining barrier, because of the varying elevation differences between the eastbound and westbound beltline travel lanes."

During construction, dynamic signage will be installed to help traffic move efficiently through the corridor. The signage will notify motorists when the flex lane is open or closed to traffic. The integration and testing of the signs will be essential to the operation of the flex lane.

Unfavorable weather conditions, such as cool temperatures or raining conditions, are anticipated to impact some of the major project items, such as HMA paving. However, the contractor factors in potential weather delays into their calendars to keep everything on schedule. 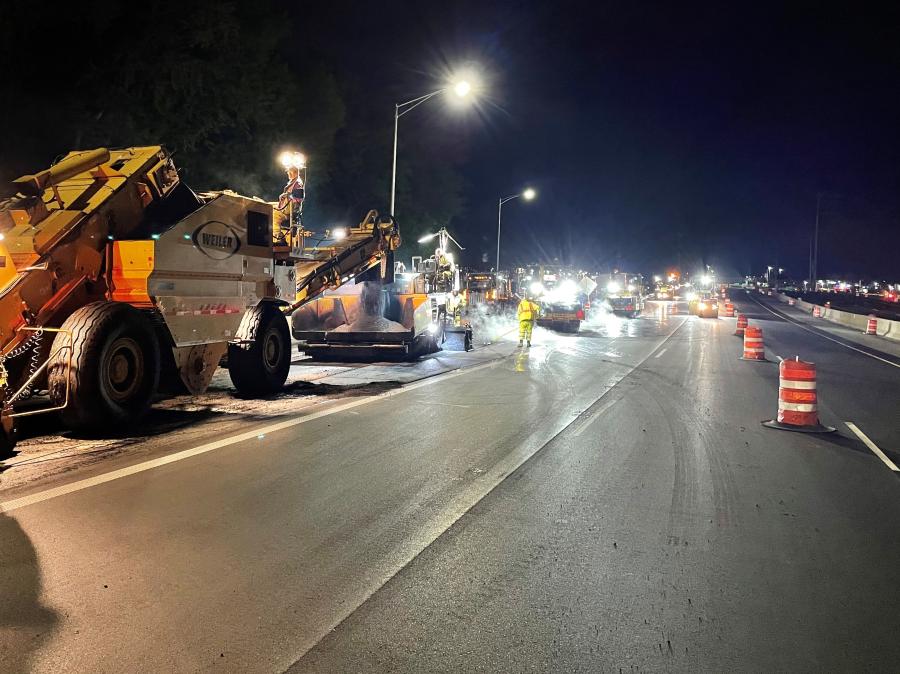 While much work remains on the project, officials can already see the light at the end of the tunnel.

Said Theisen, "We strive to improve safety and enhance mobility on Wisconsin highways. This crucial project is making those changes so we can better focus on the long-term solutions." CEG