WisDOT I-39/90 Project Runs Ahead of Schedule 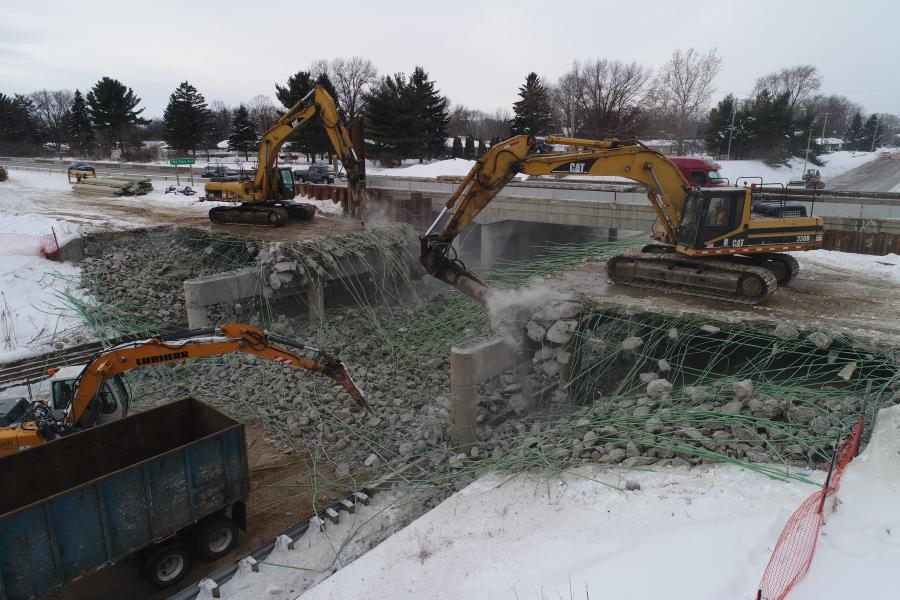 The I-39/90 project — funded by the federal and state governments — is extending 45 mi. from the Illinois state line to the U.S. 12/18 interchange near Madison.

The $1.2 billion reconstruction and expansion of Interstate 39/90 in south-central Wisconsin, a Wisconsin Department of Transportation's (WisDOT) project, will be completed in 2021 — one year earlier than previously scheduled — due to an additional $32.7 million that the state is investing in the project that started in 2015.

The I-39/90 and WIS 11 (Racine Street) interchange in Janesville was reconfigured in 2013 due to safety concerns with the clover-leaf loop ramp configuration; CEG covered the story, which can be found here.

The new funding utilizes the current budget and cost savings. The only work scheduled for post-2021 is for the U.S. 12/18 (Beltline) interchange, which is in the process of an environmental analysis.

“This allows the I-39/90 mainline construction to be completed in 2021,” said Steve Theisen, WisDOT's I-39/90 expansion project communication manager. “The additional funds are available due to lower fuel prices and more competitive bids for the ongoing construction work, which have resulted in increased savings on road projects. The early opening ensures that our residents will have the infrastructure that is needed to accommodate commerce, job growth and tourism throughout the state.”

The remaining project contracts will be awarded later this year and in 2019. The new funding allows WisDOT to fast-forward projects, such as the I-39/90 and I-43 interchange near Beloit, into the 2019 construction season. 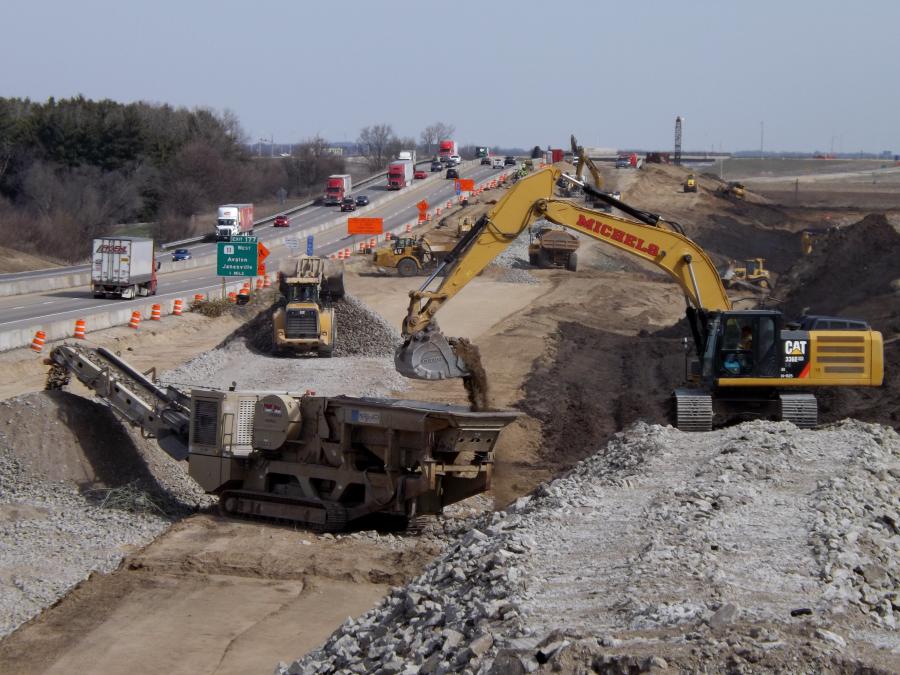 The I-39/90 project — funded by the federal and state governments — is extending 45 mi. from the Illinois state line to the U.S. 12/18 interchange near Madison. Built in the early 1960s, the highway is being widened from two lanes in each direction to three lanes along much of the route, with a portion through the Janesville area being expanded to four lanes in each direction to meet greater traffic demands.

One of the largest WisDOT highway projects in south-central Wisconsin history, the expansion project has been divided into three segments — North, Central and South. The construction season runs from the spring to mid to late November, weather permitting.

Rock Road Companies Inc. is covering I-39/90 construction between Beloit and Janesville as well as a stretch of Interstate near Edgerton, and the Hoffman Construction Company (HCC) is covering the northbound mainline pavement on I-39/90 from north of the U.S. 51 interchange (Stoughton Exit 156) to County AB near mile marker 144, just south of Madison.

With the drive to meet the 2021 deadline, motorists on Interstate 39/90 between Beloit and Madison will notice significant road work throughout the summer and fall.

“This is the first year that Interstate construction will be taking place on nearly all of the 45-mile project area,” said Theisen. “Previous work mainly focused on replacing the interchanges and widening the bridges to accommodate the additional lanes on the Interstate, along with temporary widening of the Interstate to accommodate traffic shifts during the I-39/90 expansion. A few areas already have the completed permanent concrete and expanded Interstate. Motorists can expect to encounter several crossovers, redirecting them to the opposite side of the Interstate. This allows crews to reconstruct and expand segments of I-39/90 while allowing people to move efficiently to their destinations.”

I-39/90 is one of the busiest and most important transportation corridors in Wisconsin, which is home to more than 10,900 businesses that employ over 260,000 people. It's also a key travel route for tourists and the transport of products to and from the state. Although construction is taking place along most of this stretch of Interstate, two lanes of traffic in each direction are being maintained during daytime hours and weekends.

“Our goal is to keep traffic flowing during peak travel hours,” said Theisen. “There will be periodic single lane closures weeknights between 8 p.m. to 5 a.m. Signage will alert drivers to the locations of the overnight lane closures. Some of the local roads crossing under the Interstate will be temporarily closed while reconstruction of the Interstate bridges over these local roads is underway.” 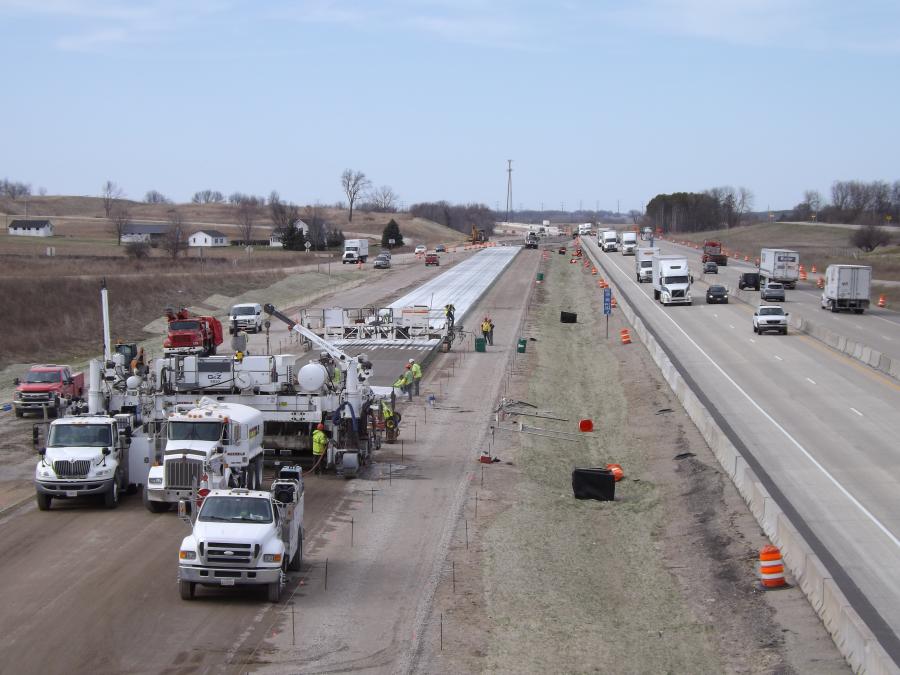 WisDOT is urging motorists to be alert, refrain from tailgating and be patient when passing through the construction zones.

“Crashes can occur in construction zones, but they can also be prevented,” said Theisen. “Motorists need to give themselves enough room from the vehicle in front of them, stay alert and manage their speed appropriately.”

WisDOT strives to keep construction workers safe and routinely shares the following messages with the public: “Expect the unexpected. Speed limits may be reduced, traffic lanes may change, and people and vehicles may be working on or near the road. Signage usually gives you ample warning of lane closings, construction areas and flaggers and other workers ahead; be patient and observant. If you don't see workers, that doesn't mean they're not there. Always obey all signs when driving!”

The construction sites are often tight and very close to traffic.

“Our construction crews often work within feet of high-speed traffic — whether it is storm sewer work behind a barrier wall or moving orange barrels for lane closures at night,” said Mark Sponem, WisDOT's corridor construction project manager. “We stress the importance for motorists to be alert and eliminate distractions when driving.”

In 2016, Wisconsin passed a law that hand-held mobile devices are illegal in Wisconsin work zones.

“For everyone's safety, please focus on the road ahead and avoid distractions,” Sponem urged.

A mild winter allowed crews to complete more tasks, giving them a head start for this year. For the work in Dane and Rock counties, much of the 2018 construction season will focus on completing Interstate expansion and bridge reconstructions.

For the area from Beloit to Janesville, crews are reconstructing and expanding approximately 12 mi. — Hart Road near mile marker 184 near Beloit north to the I-39/90 and U.S. 14 interchange (Exit 171B) in Janesville. Recent activity saw the removal of the old I-39/90 northbound pavement, with all Interstate traffic shifted onto the southbound side.

Noise barriers are scheduled to be installed this year along I-39/90 northbound between the WIS 11 (Racine Street) and U.S. 14 interchanges. Noise barriers along the southbound section will be installed in summer 2019. Starting this fall, portions of I-43 and I-39/90 near Beloit will have their lanes temporarily widened in preparation for the I-39/90 and I-43 interchange reconstruction that is expected to start in 2019.

In April, crews began to reconstruct and expand the Interstate between Edgerton and Madison. The southbound Interstate section will be expanded this year between the Dane/Rock County line and East Church Road, while the northbound Interstate expansion will continue from there to County AB near Madison.

“All I-39/90 traffic will shift onto one side via crossovers, while the adjacent Interstate section is reconstructed and expanded,” states the project web page.

“The reconstruction of the Rock River Bridges near Edgerton is entering the final months of construction,” Theisen explained. “The northbound bridge was finished in 2016 and work is ongoing to build the southbound Interstate lanes and bridge over the river. The entire Rock River bridges reconstruction project will be completed in late summer 2018.”

The scheduling of the work is fluid and flexible.

“Some contract modifications occur after the bid let, and we make the necessary adjustments as contract change orders,” stated Adam Kopp, WisDOT construction project manager. “One example is the addition of raised pavement markers to enhance lane marking visibility on sections of permanent concrete that still show the cure.” 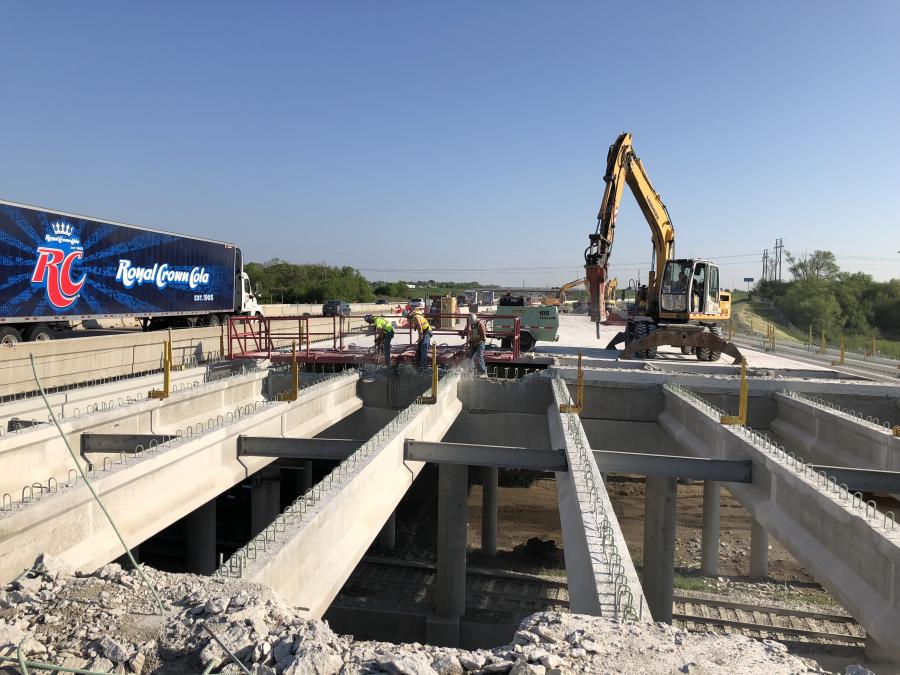 The road work has crews focusing efforts on both directions of the Interstate as they improve a gateway to Wisconsin.

“There are hundreds of workers on site every day in the various work zones, which requires a great deal of coordination.” said Emmanuel Yartey, another WisDOT construction project manager. “Weekly contractor meetings are held to ensure the project remains on schedule, as well as inform other subcontractors of the required work for that week. The coordination meetings help WisDOT staff and contractors understand the current progress of operations and help us remain aware of critical path items — such as bridge work.”

More than 100 bridges are being replaced or repaired, with the majority being single and multiple span pre-stressed concrete girder bridges with girder depths ranging from 36- to 72-in., with piers that have multiple shafts supported on piling driven to capacity and abutments that are sill-type supported on driven piles.

“Many bridges are under construction this year, especially Interstate bridges over local roadways,” said Jamie Grainger, a WisDOT construction project manager, who noted that bridge removal and construction require close involvement with WisDOT, prime contractor and the bridge subcontractor. “Once dates and times are determined for removal and construction, we notify emergency services, school bus routes and the local media and public. It's for everyone's safety to close the roadway temporarily.”

“Crews using cast-in-place concrete piling achieved a significant reduction in the amount of piling required which translates into a financial savings for the project,” said Theisen. “Previous piling records from nearby locations are used to confirm the estimated piling type and length. We incorporated the optional use of precast pier elements with the goal of reducing construction time and cost, while minimizing traffic impacts to the traveling public.”

Another interesting aspect of the I-39/90 Expansion Project is WisDOT's dedication to reuse and recycle old pavement and other materials for the new expanded lanes of the Interstate.

Sponem explained, “The percentage of recycled material varies depending on the contractor and work operations. In general, nearly all of the old concrete pavement is crushed and used as aggregate for the new road bed. The contractor often recycles the steel for other projects. When the contractor bids on a project, they factor in the salvage value of steel during the pavement removal which allows them to provide a lower bid price for the tax payer.”

The project proximity to numerous quarries in the area has also helped lower costs for transporting materials.

New materials are expected to include: 4.1 million sq. yd. of concrete; more than one million tons of asphalt; over 17.6 million cu. yd. of excavation; nearly 1.5 million sq. ft. of bridge deck area; and approximately 10.5 tons of base course.

Throughout the I-39/90 corridor work zone, there are hundreds of construction workers on site.