Woman Locks Herself in 150-Foot Crane Over Downtown Los Angeles

The 26-year-old woman climbed the tall crane located on the site of a $140 million mixed-used project called La Plaza Village. 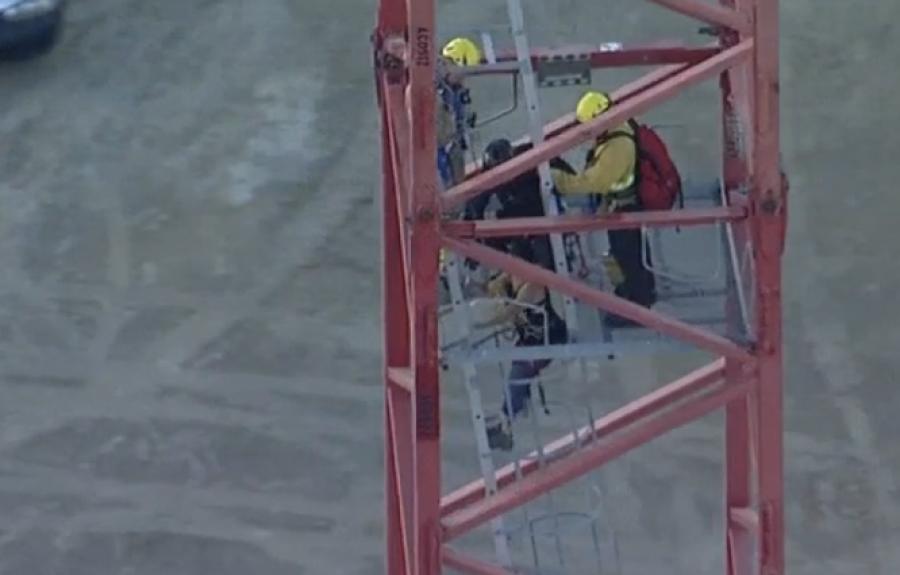 After being locked in the cab of the crane the woman came down with officers in a safety harness.

A woman scaled a 150-foot crane at a construction site in downtown Los Angeles and locked herself inside for hours on March 28 before she was safely taken into custody.

The woman locked herself inside the crane in the 100 block of Chavez Avenue shortly after 4 p.m. At one point, she was seen rifling through papers and other items inside the cab.

Workers turned off power to the crane as police and firefighter teams responded to the scene and worked out an approach.

After nearly two hours she emerged from the cab and walked around the platform, at one point wrapping a black cord around her neck and climbing to the edge of the crane's platform before climbing back up and unwrapping the cord.

SWAT officers and firefighters climbed up the tower and approached her carefully as she sat on the platform, apparently negotiating with her to come with them.

She eventually took the hand of one officer and came with them without resistance. The officers wrapped her in what appeared to be a safety harness and carefully escorted her down the steps of the tower.

Later Tuesday night in a separate incident, a man was taken into custody after climbing a different crane also in downtown LA.

That man climbed a crane 14 stories up in the 800 block of Hope Street.

He was taken into custody shortly after police were called to the scene. No word whether he was a copycat of the earlier incident.