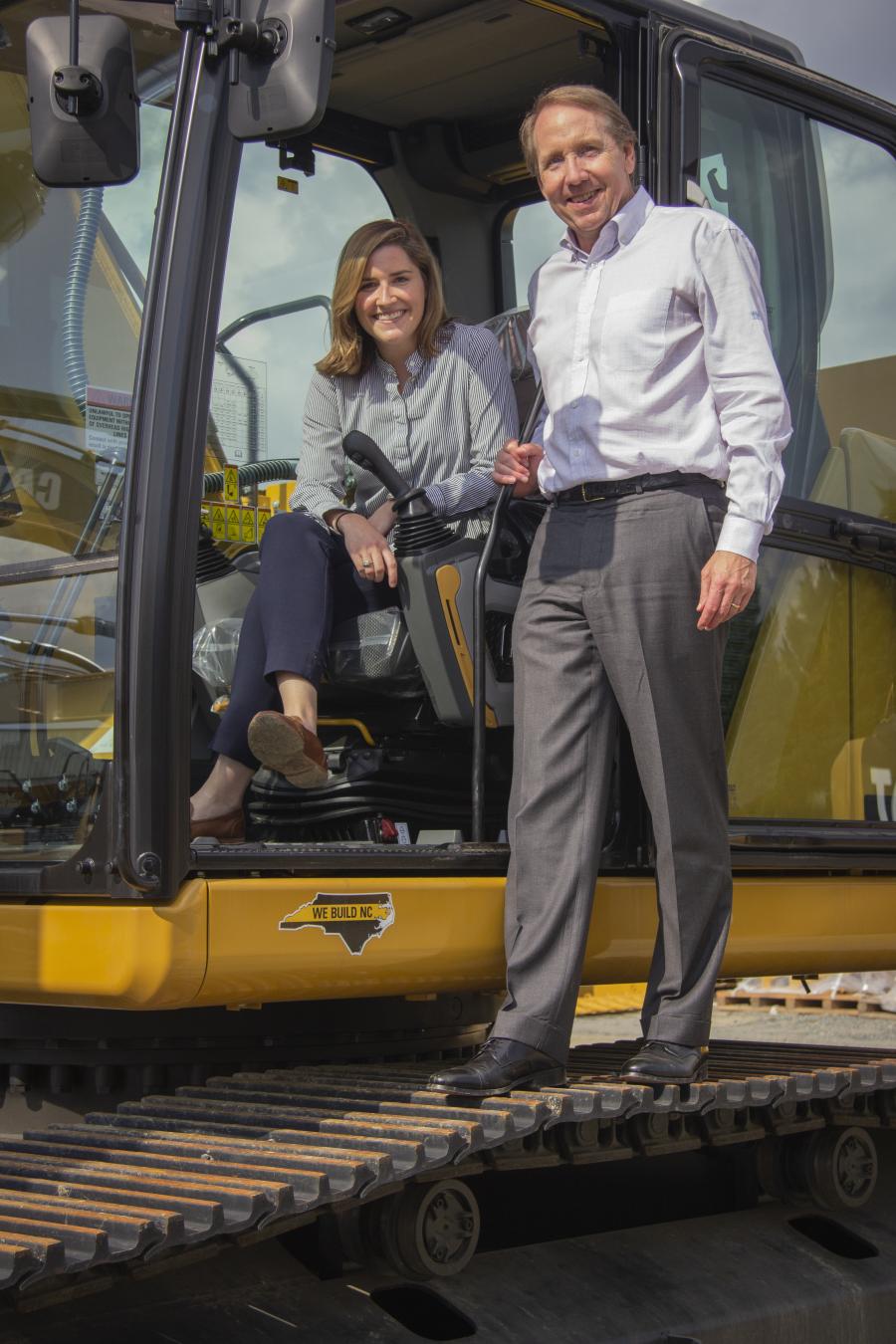 Representing the fourth generation of ownership, Carolina Tractor & Equipment's Amanda Weisiger Cornelson had always envisioned working for the family company one day — just not before venturing out on her own first. While on the surface it may seem like a stretch to compare the largely female-driven retail industry to the obviously more male-dominated world of selling and leasing construction equipment, to Weisiger Cornelson a similarity exists between the two at least on the most basic of levels.

"I think while the industries are very different, the people aspect remains the same," she told CEG, expounding further that both vocations are rooted in customer service, and that it all comes down to treating people fairly and properly in order to foster long term business relationships.

In growing a business from the ground up, maintaining a reliable customer base that continues to come back for goods and services is paramount. Fresh out of college and starting from scratch with two friends as partners, Weisiger Cornelson co-founded a digital marketing company that was equipped to handle all of the modern needs of small retail outlets that ordinarily wouldn't have much of an online presence.

"The idea we started with was how we can bring e-commerce to small boutiques who traditionally were not online (or they didn't know how to get online), and how we could do it in a way that was affordable for them," Weisiger Cornelson explained. "We started a company called ‘House Account,' which was plug-and-play e-commerce and digital marketing for small boutiques, primarily with women's fashion stores and home stores as our core customer base."

Essentially what Weisiger Cornelson and her partners created was a one-stop shop where these little boutiques could access an easy-to-use platform to set up an e-commerce website, run their customer relationship management (CRM) software and conduct both social media and e-mail marketing. Starting out in Charlotte, Weisiger Cornelson helped expand her start-up's footprint to about 30 states in the six years that she helped run the business.

"Over last summer was when we started looking at selling the business," Weisiger Cornelson said. "I thought that it was a good time for me to transition out of the business and come into the family business [at CTE]. I think it was a great experience to have because we actually have written into our family bylaws that you are required to work outside of CTE and work your way up in a different business before you come join the family company."

After a brief conversation with her father regarding her stated interest in joining the CTE team, Weisiger Cornelson officially came onboard in September 2018. A career at CTE was always in the back of her mind, and Weisiger Cornelson (along with her two sisters) were kept in the loop about the family business from the time that they were children. Serving on CTE's board from 2014 to 2017, Weisiger Cornelson already was familiar with many of the ins and outs, but she still went through a management training program to learn everything that she could about the company's divisions on a micro level.

These days Weisiger Cornelson works as a Field Service Coordinator in the Carolina Cat division of CTE, starting out at the ground level and dispatching technicians, handling work orders and anything else that should come her way. Additionally, Weisiger Cornelson has worked with a committee of CTE women to champion the company's Women LEAD affinity group, which has a stated mission to cultivate a diverse and growing employee base by providing targeted opportunities that foster a supportive community for females working in the construction equipment business.

"I think it is the little things about making the workplace more comfortable for women," Weisiger Cornelson responded when asked about what equipment dealerships and construction companies can do differently in order to attract more female employees. "A lot of us, especially with a 100-year-old business, we can get stuck in old habits — or in an old building — where we don't have places to accommodate nursing rooms and women's locker rooms and things of that nature, and we are working on that piece. That is something we are looking at. I also think offering flexibility, especially for our employees who are working moms, is important — for us to offer flexible hours and employee assistance programs for day care add up to make the experience a better and more comfortable one for women."

As for whether or not she feels the need to "earn her stripes," Weisiger Cornelson stated that in fact she does. Not because she's a woman in a traditionally male industry, however, but because of the lineage that she comes from.

"I absolutely feel I need to earn my stripes," Weisiger Cornelson said. "And I feel that I probably need to earn my stripes even more than some others need to. I think people probably had some preconceived notions and opinions before I joined the business of what I would be like and how I would act and what I would be doing. And so I feel I need to prove myself even more than the typical employee would."