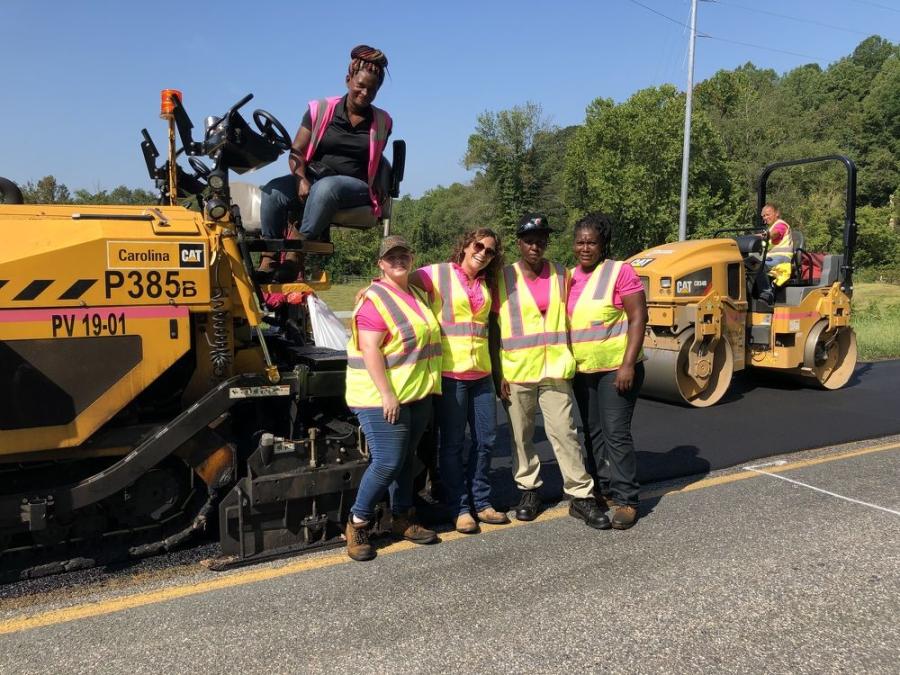 Mary Katherine Harbin's start in the construction industry can be effectively traced to three centuries ago, when a British monarch long-forgotten by the history books ceded a farm in northeast Tennessee to her ancestors. Presently, that land grant in Johnson County is one of only a handful of farms that boasts continuous family ownership predating America's independence. Both Harbin's and her brother's children represent the 10th generation to enjoy this farm, although the family now focuses its business largely on asphalt construction services under the name Maymead Inc. 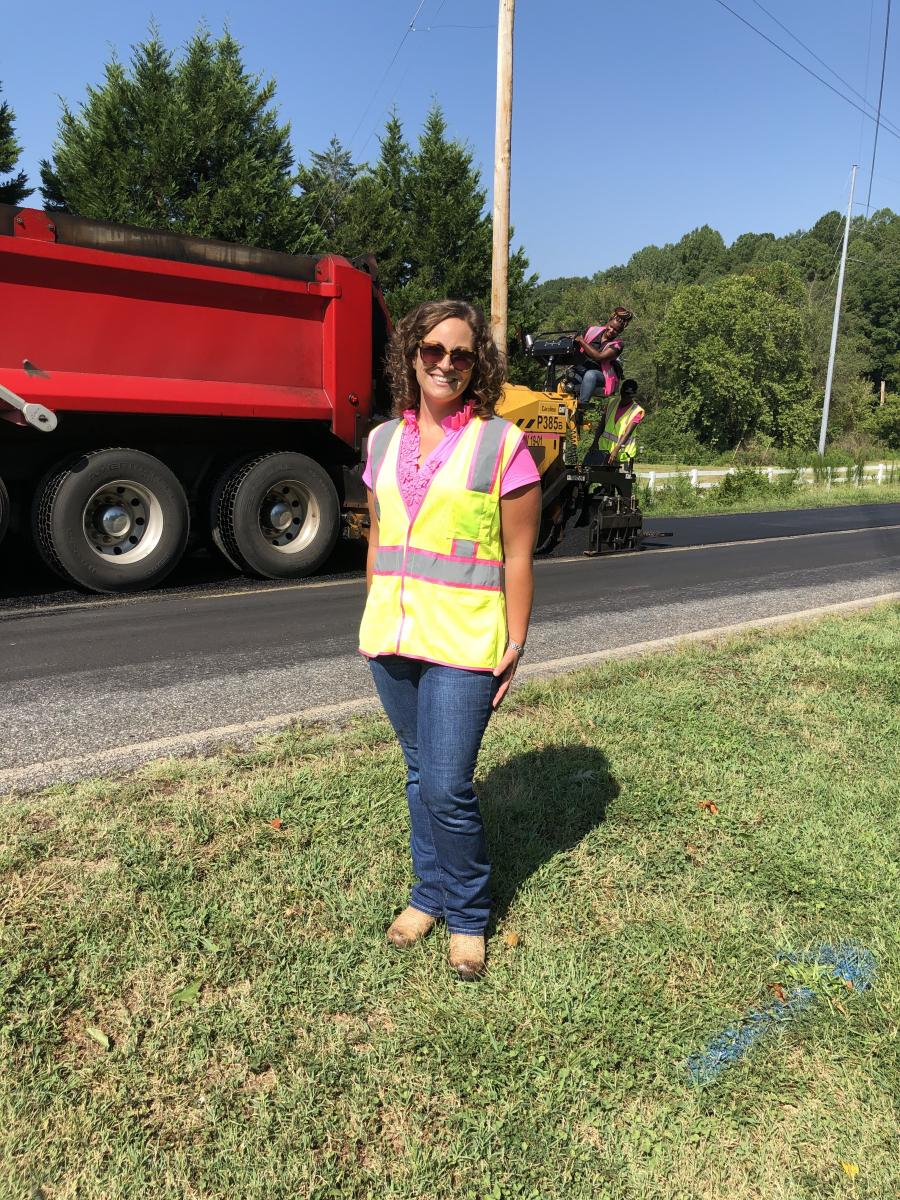 "I think one of our greatest strengths is that we are a generational family-run and owned business," Harbin told CEG. "My father is the president of the company and he is a very active participant in our business every day. My brother heads up operations for our Mountain Division. And then I am in the Foothills Division, along with my grandmother who still works a few days each week, so we have a very active, hands-on approach. Nobody just phones in."

These days the company operates an asphalt plant along with a granite and limestone quarry in Tennessee, which is where Maymead's headquarters is based. The rest of its operations are in North Carolina, where the business serves as a DOT contractor working to pave interstate routes, U.S. routes and commercial projects.

Tagging along with her father, Harbin grew up with Maymead as part of her life from a young age. But despite all of the many avenues for employment within this expansive family business, Harbin still couldn't help but feel that as a woman she would be compartmentalized into office work.

"I have always participated with my Dad," Harbin explained. "When I was little, I was his Saturday sidekick. And then, through high school, I traveled with him when he actually went to the lettings to bid work either in Nashville, Raleigh or Richmond, at the time. So I was always interested, but felt that the only role for me would be on the administrative or clerical side. That was not something that I wanted to do."

In the summer of 2007, however, an opportunity arose for Harbin to help oversee operations at Maymead's Statesville, N.C., location. She first began working as assistant area manager, an immersive experience that entailed shadowing project managers, foremen and superintendents. Harbin also participated in DOT roadway classes, density classes and lab technician classes to get a basic working knowledge of the asphalt paving industry. Today she applies that wisdom in leading Maymead's Foothills Division as area manager, which is the first division to hire an all-women paving crew.

"We were looking for new employees and recognized that there was a deficit in the construction industry when it came to the number of women employed," Harbin said. "The data said that 2 percent of the construction employee base is made up of women, and I thought, ‘If I can go out and run a paver, which I had just recently learned to do, anybody can do this who wants to come out, work hard, learn and try something different.'" 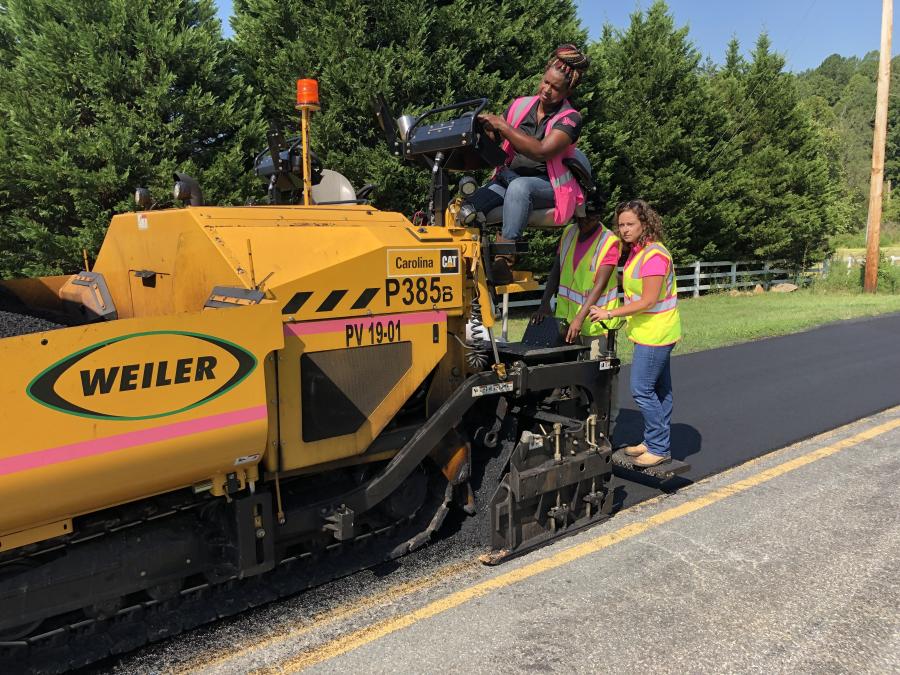 With Harbin's guidance, Maymead began actively recruiting women and felt that the easiest way to lower barriers toward entry into the workforce would be to make their newest crew entirely female. That way the group's training could be conducted in a more friendly, less-intimidating environment. According to Harbin, the ladies of Maymead's paving team can do it all, from milling to patching or paving.

"This is a really easy project to talk about because the women are doing such a great job," Harbin said. "I think that this is something that can be easily replicated and could be a springboard for a number of companies across the U.S. to look at how and who they recruit. But this is not a pet project. This is about attracting the best talent in the market and wanting to make sure that we are giving everybody a fair chance."

For those men in the industry who may be unnecessarily concerned for their jobs, Harbin has no intention of turning every paving crew into an all-women unit. Instead, she is simply trying to integrate her family company to represent the diversity of life more fully. In an industry that is so male-dominated, you have to open the door first, Harbin said.