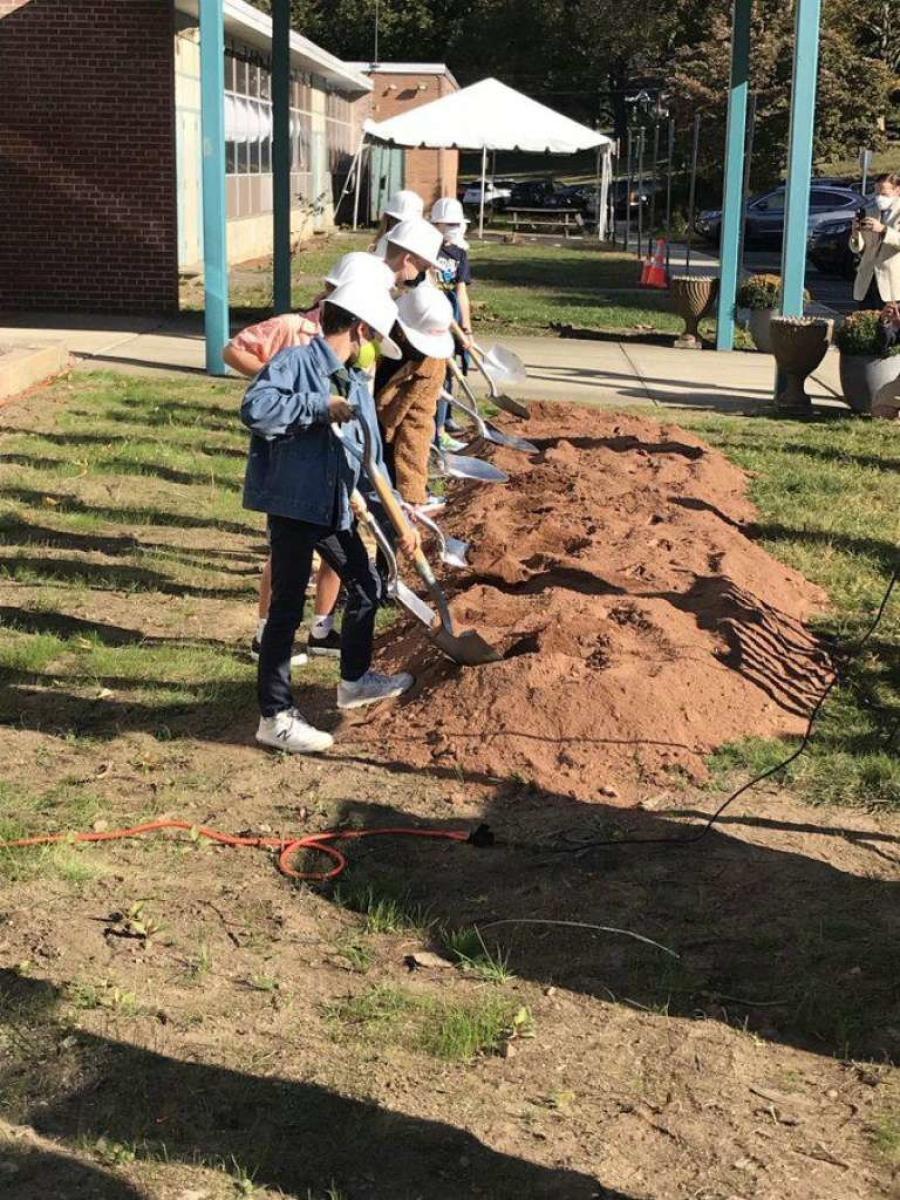 By the end of 2021, Mill Hill Elementary School in Fairfield, Conn., will be more than 30 percent larger than it is today.

Construction is under way on the school's more than $23 million expansion project, which was a hot topic in town last year when the specifics of the addition were being decided. Fairfield officials gathered Oct. 9 outside Mill Hill for a groundbreaking ceremony.

"This is a long time in coming," First Selectwoman Brenda Kupchick said to the small crowd of local leaders, as well as several students equipped with hardhats and shovels, who were on hand to assist with the groundbreaking.

In 2018, a committee was created to facilitate the renovation, and the project was approved by town bodies the following year. The addition will allow the school to accommodate a capacity of 441 students. An expansion option that would have had space for a 504-student capacity also was considered.

"It's very important to us that the kids get a very modern, up-to-date school," committee Chair Tom Quinn said at the event.

Mill Hill's 45,000-sq.-ft. building is 50 years old. The 15,000-sq.-ft. addition will include four new classrooms, music and art space, offices and resource rooms, according to Principal Kevin Chase. The added square footage will eliminate the school's need for portable classrooms, three of which are currently in use, he explained. The project's heating, ventilation and air conditioning system will enhance classroom air movement and use ultraviolet light to minimize bacteria.

In addition to Kupchick, Quinn, Chase and Farnen, Superintendent Mike Cummings, Board of Education Chair Christine Vitale and many others involved in the expansion attended the groundbreaking ceremony at the school, located at 635 Mill Hill Terrace in Fairfield.

Work first began on the project in early July. It is expected to be finished in November 2021.