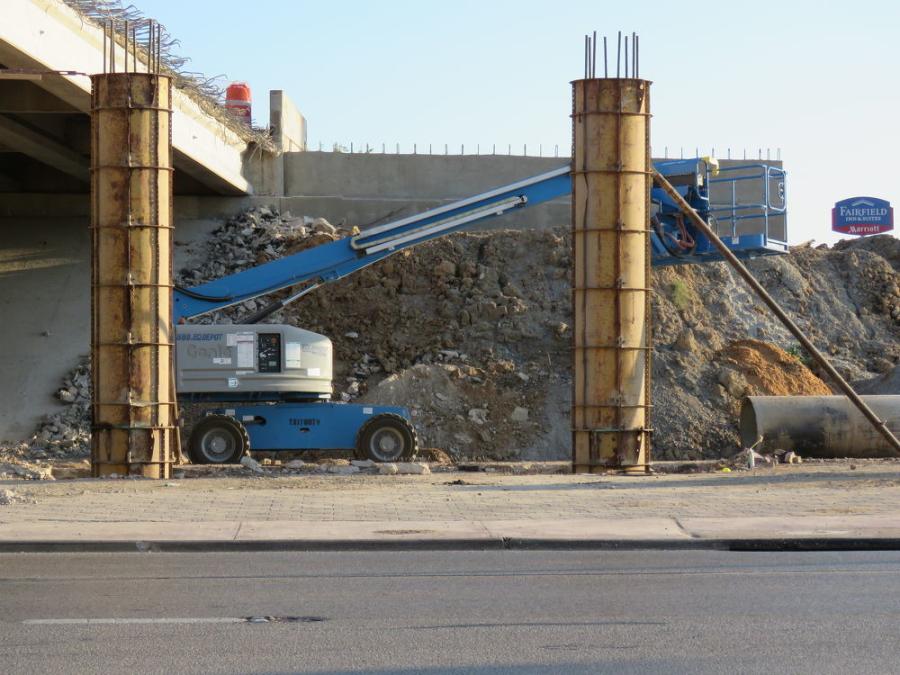 The project involves building several new bridges and extensive work to improve safety and access to a bridge that was build more recently and adheres to current standards. (TXDOT photo)

At a cost of $341 million, Texas Department of Transportation (TxDOT) crews are working on the largest project ever let in the Waco district. Construction on I-35 Waco North from 12th Street to N. Loop 340 began in May, and includes widening the mainlanes to four lanes in each direction and improving frontage roads and interchanges.

"I-35 through Waco was built 50 years ago, and it has become the main route of north-south travel in Texas, with a huge percentage of that being freight traffic," said Stan Swiatek, P.E., Waco district engineer for TxDOT. "Traffic through Waco exceeds 140,000 vehicles per day, and although I-35 was widened from four lanes to six in the 1990s, the stress of the increased freight loads and volume of traffic on the aging pavement has brought us to the point that it must be replaced with new pavement designed for the current and future demands, and the additional safety features now required in TxDOT standards."

A great deal of effort and planning was required to make the project a reality, according to Swiatek. 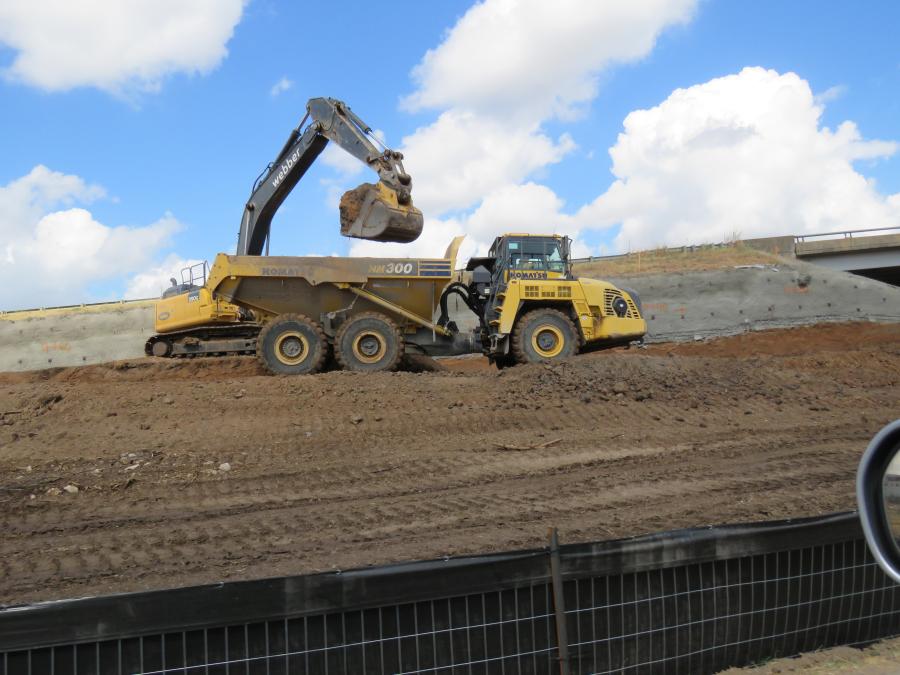 "We worked hard to get the funding, with a lot of help from the Waco Metropolitan Organization and the city of Waco. We are replacing everything on I-35 for 5.8 miles, and keeping traffic moving through the work areas while that is being done, and building it back with eight lanes, continuous access roads, new bridges and pavement designed to accommodate the projected traffic load for the future."

During construction, crews will remove everything existing except the N. Loop 340 bridge.

"The N. Loop 340 bridge was built more recently, and adheres to current standards," said Swiatek. "Quite a bit of work is being done around that bridge to improve access and safety, but the bridge itself is not in need of replacement at this time.

"It's a huge amount of work. We are rebuilding eight major intersections, changing one of them from an underpass to an overpass, and another which spans two city streets that come together under one very large bridge. We also will replace the two mainlane bridges over the Brazos River."

As for how motorists are being affected during the work, Swiatek said, "Traffic continues to run through the project area, but the contractor has shut down one lane in each direction, leaving traffic on two lanes each way through the work zone. Temporary lanes are being built to shift drivers into new areas and open up sections of old pavement for demolition and rebuilding."

"In past projects, we have usually seen a slower start to mainlane changes while new drainage elements and other structures were constructed alongside the highway. With this project, mainlane impacts were immediate and intense. A pedestrian bridge and the bridge at the intersection being converted to an overpass were demolished within just a few weeks, the first of the two-street bridges began demo in mid-September. 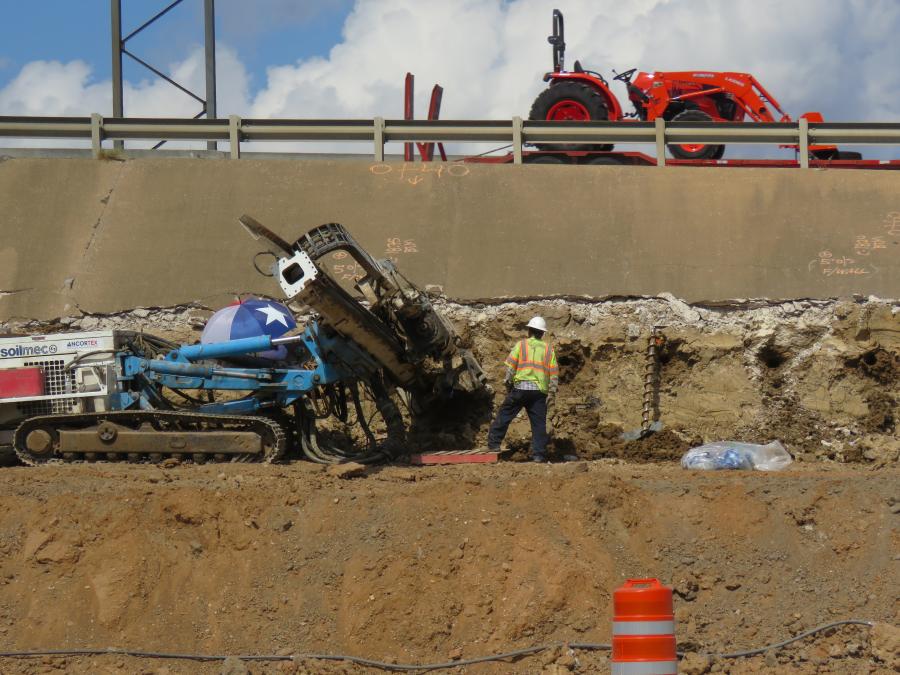 "A major drainage structure under the I-35 mainlanes has already been installed, and crews are working to remove abutment slopes and reinforce the remaining fill with soil nails and concrete to open space to rebuild access roads. Work is already happening all over the project limits, from one end of it to the other."

Swiatek said drivers will definitely benefit from the completed project.

"There will be more space to drive, with greater safety and less crowding, with an improved pavement structure, as well as improved on- and off-ramp access and egress resulting in less chance of traffic backing up onto short off-ramps too close to the intersection, and more time to merge with existing traffic on longer on- and off-ramps. It also means higher clearances on bridges, more U-turns at intersections to reduce wait times and better sight lines to see other vehicles. The design also includes improved pedestrian and bicycle accommodations.

"One of the best things about this project is the amount of information drivers can get ahead of time so they know what to expect on I-35 and how to avoid being caught in traffic snarls from construction and from unexpected incidents. A real-time map with travel information is available 24/7 on TxDOT's My35.org website. In addition, there are multiple ways drivers, and others, can get information sent directly to their cell phones."

According to TxDOT Senior Project Manager Steve James, P.E., the biggest challenge on the assignment involves keeping the public informed of changes. Driver attentiveness is also a concern, with situations changing frequently and quickly as demolition and construction progress.

"Major impacts to traffic can be minimized, due to public awareness."

James said the new structure will be four lanes wide in each direction, with continuous one-way access roads through town and redesigned on- and off-ramps. The work calls for frontage road widening and reconstruction, widening the existing northbound mainlanes and rerouting all traffic to existing and new temporary lanes and building new southbound mainlanes.

In addition, crews must re-route all traffic onto new southbound mainlanes (built four lanes wide, with traffic remaining in two-lane configuration until new permanent lanes are built in both directions) and build new northbound mainlanes.

More than 30 mainlane and cross bridges will be demolished as part of the project. Several bridges have already been torn down, and waterline replacement is currently 60 percent complete. Sewer is 30 percent complete, and frontage roads being widened are ready for lime, in most areas.

Consistency with message and staffing are crucial to completing a project that will take years to finish, as is the availability of personnel and materials. Concrete, base materials, steel beams and asphalt are required to complete the work, with excavators and haul vehicles among the heavy equipment being used on the project.

In excess of 1.25 million cu. yds. of excavation and embankment will be moved during construction. The most time-consuming part of the project involves frontage road work in Step One, which includes utilities, drainage and traffic.

"TxDOT is extremely concerned about traffic safety, and has many required measures our contractors must know and follow as they build our highways," said James. "The traffic control measures put in place as work progresses and situations, including the speed limits, change are designed to increase safety for drivers and for both TxDOT and contractor employees.

Dealing with the many obstacles associated with such a major project is something that can't be avoided, according to Swiatek.

"There is never a good time to replace a heavily traveled highway, but there comes a time when it must be done." CEG