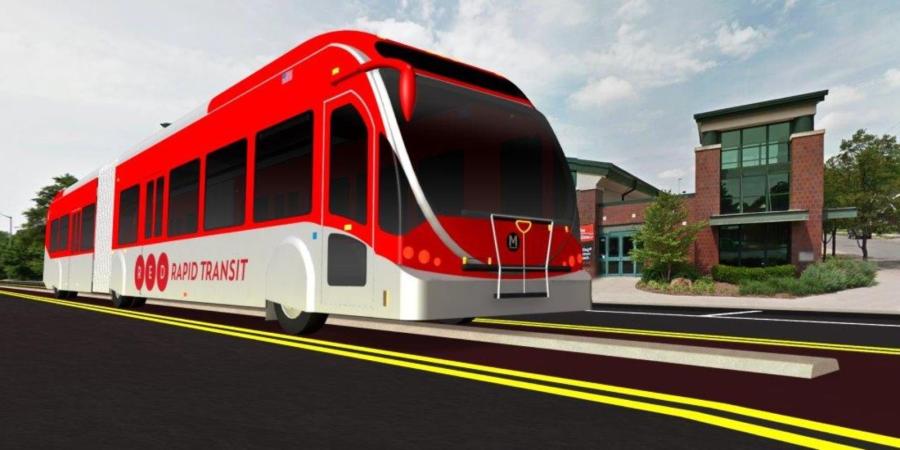 The Red Line will run from Broad Ripple to the University of Indianapolis. (IndyGo photo)

INDIANAPOLIS (AP) Construction on a rapid transit bus system in Marion County is expected to start this year and begin operations in 2019.

The (Franklin) Daily Journal reported from an IndyGo news release that the Red Line will run from Broad Ripple to the University of Indianapolis. IndyGo is Indianapolis' public transit service.

The project's first phase is expected to cost nearly $46 million. Environmental studies for the section that will run from the university to the county line were completed earlier this month.

The newspaper reported that plans have shown the route heading south into Johnson County's Greenwood, and also north into Hamilton County.

IndyGo spokesman Bryan Luellen said planning is continuing for the route's southern section. He added that IndyGo will work closely with officials in Johnson County.