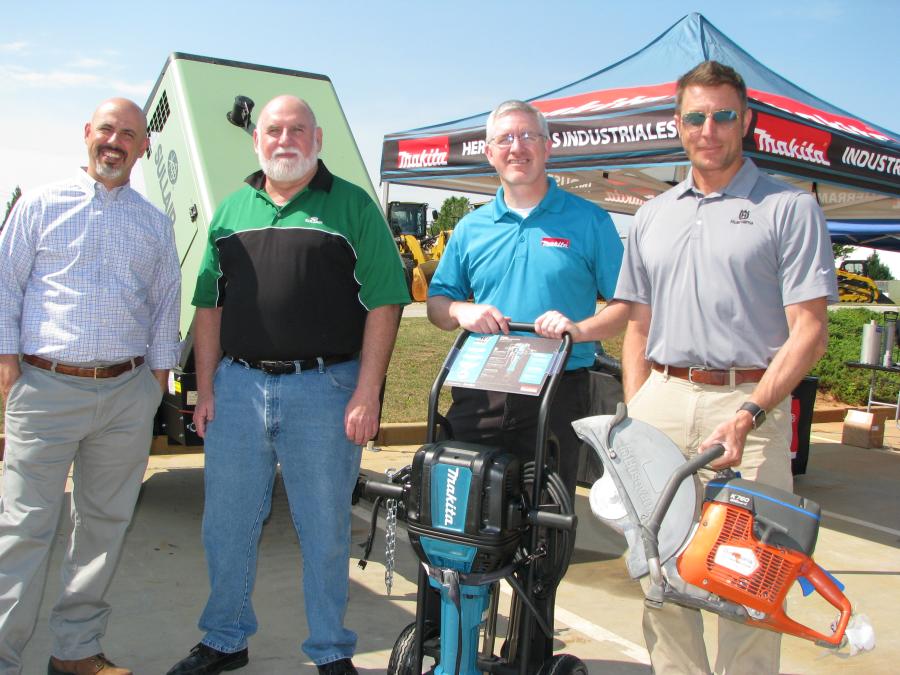 Yancey Bros. Co. hosted a terrific crowd for an open house event, which marked the official opening of the McDonough, Ga., Yancey Rents — CAT Rental Store on April 14. Representatives of Yancey and Cat as well as, manufacturers of rental machines available at the location such as Husqvarna, Makita, Sullair and others came out to lend their support for the event.

Guests at the event registered to win some great prizes including a flat screen TV, Yeti coolers, Makita drill set, Atlanta Braves Freddie Freeman jerseys, Costa sunglasses and a tremendous assortment of other fabulous prizes. Yancey's Gary Duke and other Yancey staffers keep the grill fired up and served up some incredible pork barbeque, sausage, Brunswick stew and all the sides. —CEG