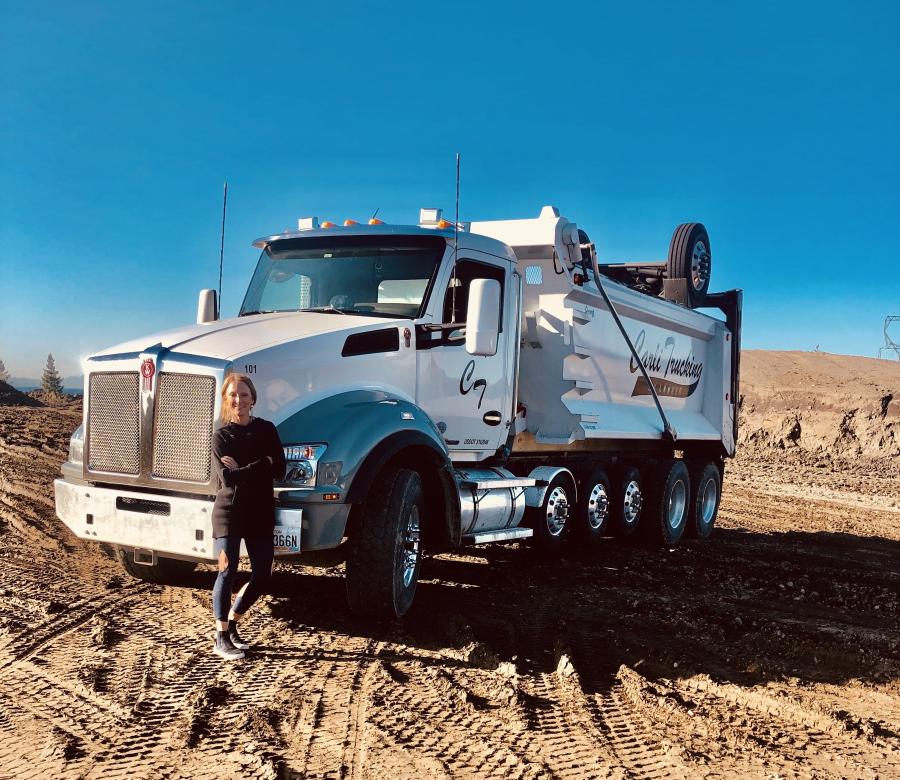 After driving for Asphalt Patch Systems to gain valuable industry experience, Looker became confident that she would have what it takes to own her own trucking company.

From owning a fitness and yoga studio to owning and operating a successful trucking company that serves contractors in the greater Seattle-Tacoma area, Chelsy Looker is proving to be a talented entrepreneur.

"When I was young, I was a flagger for my dad's asphalt company [Asphalt Patch Systems], so I was always around heavy equipment," Looker recalled. "My dad owns several Kenworth vocational trucks and so does my uncle, who owns Looker Asphalt in Tacoma. Kenworth has been the truck make of choice for both of them for years, so I became quite familiar with the brand. As a flagger, my curiosity of what it would be like to drive a big rig began to grow. I ended up having a successful career in fitness for several years, but eventually I had a change of heart and wanted to try my hand at trucking."

After driving for Asphalt Patch Systems to gain valuable industry experience, Looker became confident that she would have what it takes to own her own trucking company. In 2018, Looker established Carli Trucking.

"When I felt that I was ready to go off on my own, my dad set me up with Rick Barry, who is the new truck salesman for

in Lakewood [Washington]," said Looker. "My dad and uncle have worked with Rick since the ‘90s, so they knew he'd help me out.

"I knew I wanted a Kenworth T880 equipped with an OSW Super Dump body. That was never in question — it's the most productive dump truck out there and what many asphalt contractors are looking to hire. I wanted to start my company off on the right foot with the best equipment."

According to Looker, the seven-axle Kenworth T880 is a popular truck in the asphalt business because the combination distributes weight to be compliant with bridge laws so that truck operators with super dump bodies can haul a maximum payload — typically 25 tons.

"Not only is the T880 a luxury truck by way of appearance and in-cab comforts, it's also the most efficient when it comes to laying asphalt, especially when paired with the OSW dump body," Looker said. "It takes less time for me to complete the load."

When Looker first began driving for herself, she initially delivered asphalt exclusively for Looker Asphalt. But, that didn't last long. She quickly made connections with other contractors in the area, and began delivering all sorts of material such as dirt, crushed rock and asphalt, among other aggregates. When road building subsides in the winter, Looker stays busy hauling dirt for other construction projects.

In two short years, Looker has added three new seven-axle Kenworth T880S trucks with OSW Super Dump bodies — purchased through Papé Kenworth Northwest — Lakewood. According to Looker, Barry suggested that a transition to the T880S could add an additional 1,000 lbs. to her payload. The T880S with the set-forward front axle is the go-to configuration for Kenworth customers whose vocational trucks need to meet the federal bridge formula. Looker's T880S trucks are equipped with 510-hp PACCAR MX-13 engines and Allison automatic transmissions. 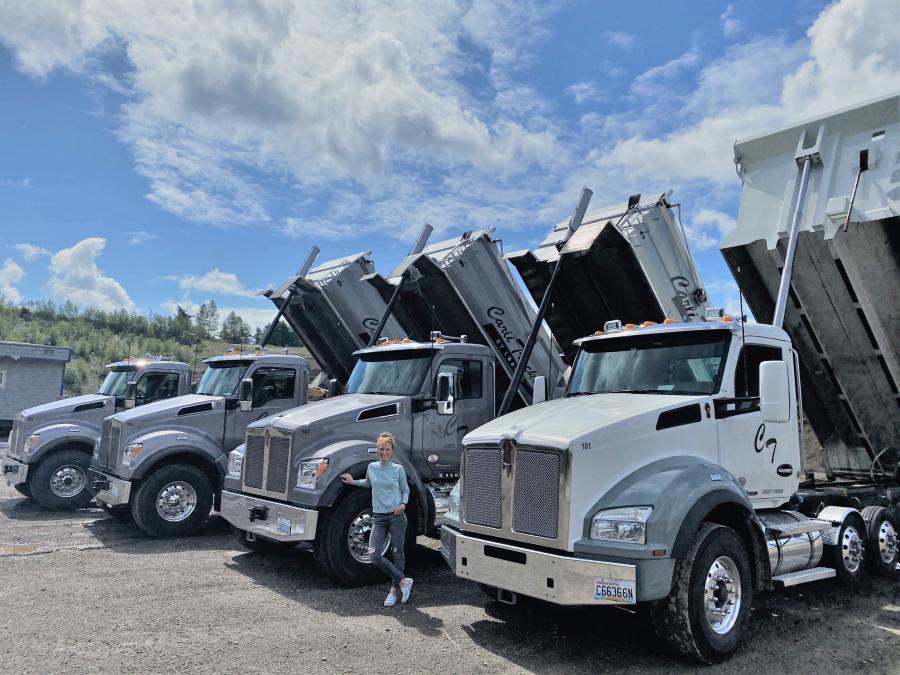 According to Looker, her trucks typically average 45,000 mi. per year. The most recent projects the company has worked on include re-paving city roads in Tacoma and sections of Interstate 5, just south of Tacoma.

Looker said that her drive to deliver quality and on-time service is backed by operating reliable and efficient equipment, which has been key in the company's sustained growth.

"It's all about establishing trust and providing consistent quality services to the contractors we work with," said Looker. "And running trucks that are well-built and stay on the road and out of the shop is an important component to that."

As a woman in the trucking industry's vocational segment, Looker acknowledged she often draws notice while she's on the job site. According to Looker, since there are not many women in the industry pulling up in a dump truck, she feels even more driven to prove that she is just as capable as anyone else in the business.

"The reality is, there aren't many of us, but I'd like to see that change and I think that it eventually will," said Looker. "Because there are few women driving vocational trucks, let alone owning their own trucking business, I feel an added weight on my shoulders. But, I believe the reputation the company has earned the past few years is a testament to the hard work we've put in."

As an owner of a transportation company who continues to drive herself, Looker finds it challenging at times to balance driver schedules, manage equipment, along with all the other tasks associated with a business. However, that does not prevent her from pursuing her ultimate goal of owning a fleet of more than 10 trucks.

"I think with the number of trucks we have now, we're just getting started," said Looker. "A fleet of 10 to 15 total trucks is my goal and they will all be Kenworth T880S OSW dump trucks. That's the winning combination for us, and it will continue to be."