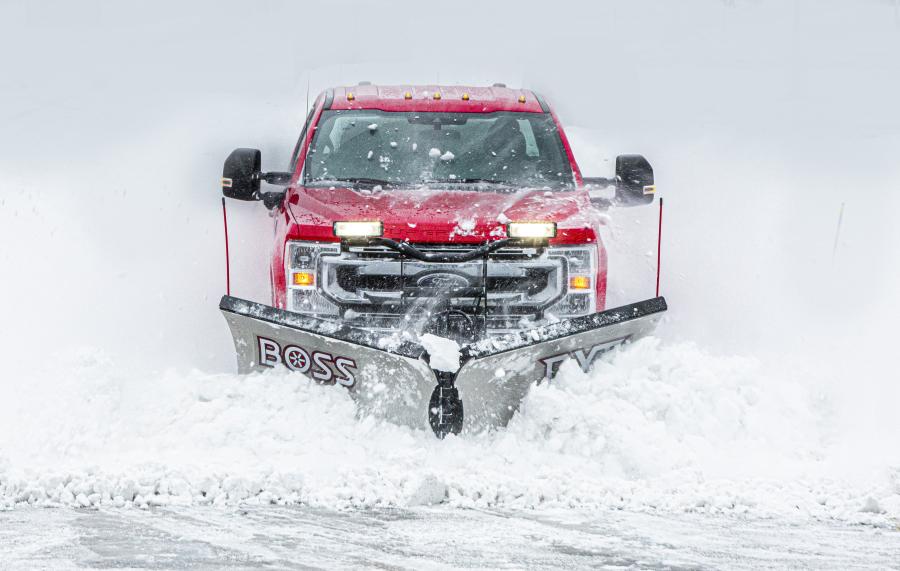 The 2020 Ford F-Series Super Duty will tackle winter's worst weather with the heaviest snow plow rating in the segment. With the available snow plow prep package, Super Duty features a maximum 1,400-lb. snow plow rating accounting for mounting hardware, which is best-in-class for gasoline-powered trucks in the segment, and maximum 1,290 pounds which also is best-in-class for the diesel segment, according to the manufacturer.

"Super Duty is a real workhorse in the snow removal industry," said Mike Pruitt, Ford F-Series Super Duty chief engineer. "With our new snow plow prep package, we're really delivering for folks who clear the way after a big storm. Being able to safely hook up bigger plows means roads, driveways and parking lots are cleared quickly and drivers can move on to the next job."

According to a study conducted by the Snow and Ice Management Association and Wolfworx/Singer Consulting, clearing the white stuff is an $18 billion industry in the United States, one growing at a rate of about 3 percent annually. It's comprised of more than 22,000 commercial contractors and more than 75,000 sole proprietors. 2019 SIMA survey data indicates F-Series is the overwhelming choice, with nearly 50 percent of market share in an industry that values reliability, service network and, of course, rated plow weight.

Owners also will appreciate other new features such as a windshield wiper de-icer, which pre- heats the windshield under the wipers to keep blades free of ice, as well as available heated steering wheel and heated front and rear seats. Optional white or amber LED strobe lights on XL, XLT or Lariat series trucks take a step out of the upfitting process. Deep Snow/Sand drive mode is available on models equipped with the all-new 10-speed heavy-duty TorqShift automatic transmission. The special drive mode changes throttle mapping and traction control settings to allow for added control and greater confidence in snowy or slick conditions.

Plow operators can rely on the quality and craftsmanship of a high-strength steel boxed frame and high-strength, military-grade, aluminum-alloy body that provide a sturdy backbone. Customers have a choice of engines, including a standard 6.2-L gas V8, an available all-new 7.3-L gas V8 with 430 hp and 475 lb.-ft. of torque and an available third-generation 6.7-L Power Stroke diesel V8 with 475 hp and 1,050 lb.-ft. of torque.