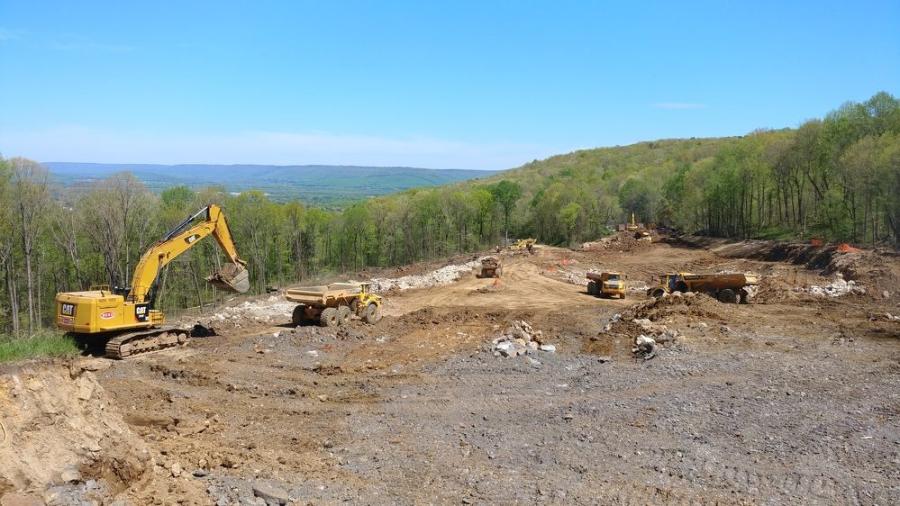 ALDOT has been overseeing efforts to rebuild the highway along the side of one of the Brindlee Mountains, a range of hills in the area with elevations up to 1,300 ft. high.

A dramatic combination of large pavement cracks and an underground landslide on U.S. Highway 231 near Huntsville, Ala., in the early morning hours of Feb. 13 prompted an immediate closure of roughly 1,000 ft. of the major four-lane highway.

Alabama Gov. Kay Ivey quickly issued a state of emergency to jumpstart the work of creating detours, cleaning up the damage and developing a sustainable plan to fix the important route.

Since then, the Alabama DOT has been overseeing efforts to rebuild the highway along the side of one of the Brindlee Mountains, a range of hills in the area with elevations up to 1,300 ft. high. The destroyed portion of road is seven miles south of Huntsville, near Laceys Spring in Morgan County. No one was injured during the slide.

After studying the accident's causes, engineers found that the slide was about 50 ft. below both the northbound and southbound highway. The cracks and eventual failure of the roadway were found to be the result of heavy rains that pounded North Alabama over the winter and has still been falling during cleanup operations. 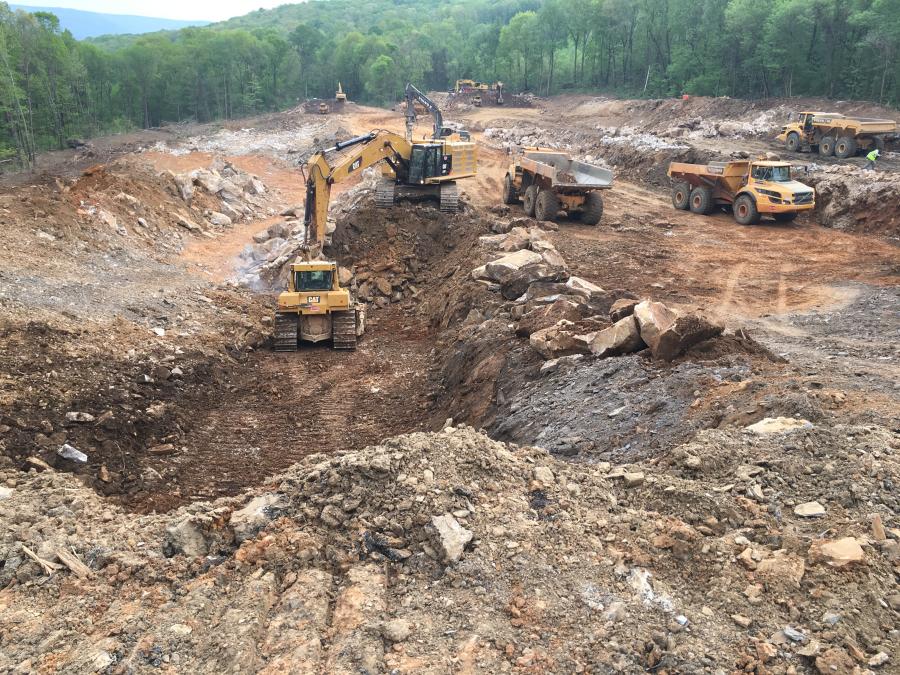 Under emergency procedures, ALDOT awarded the contract for the first phase of the U.S. 231 project to Reed Contracting Inc., a veteran heavy construction firm in Huntsville. The builder jumped right into the fray by removing broken pavement from the site the day after the state closed the highway. Since then, Reed has been working seven days a week, weather permitting, to excavate and haul away debris.

The working estimate is the rebuild will cost approximately $18 million and could take up to a year to complete, according to ALDOT. The state received $5 million in emergency funding from the Federal Highway Administration in mid-March to get the work going. ALDOT expects additional federal assistance later in the year.

The timeline, of course, is discouraging news for motorists and truckers that depend on U.S. 231 to commute into Huntsville from the south. The largely rural road is also a vital link for drivers traveling up and down Alabama from Tennessee to points south, including the cities of Montgomery and Dothan, all the way to Panama City, Fla.

To help alleviate traffic issues, four detour routes have been set up by ALDOT for passenger and commercial traveling each way around the damaged area.

ALDOT decided early on that a simple rebuild of the road wouldn't work because that could mean U.S. 231 would remain vulnerable unless the slide was somehow alleviated. Excavating to the depth of the slide, refilling it and reconstructing the road would provide no guarantee against future landslides. 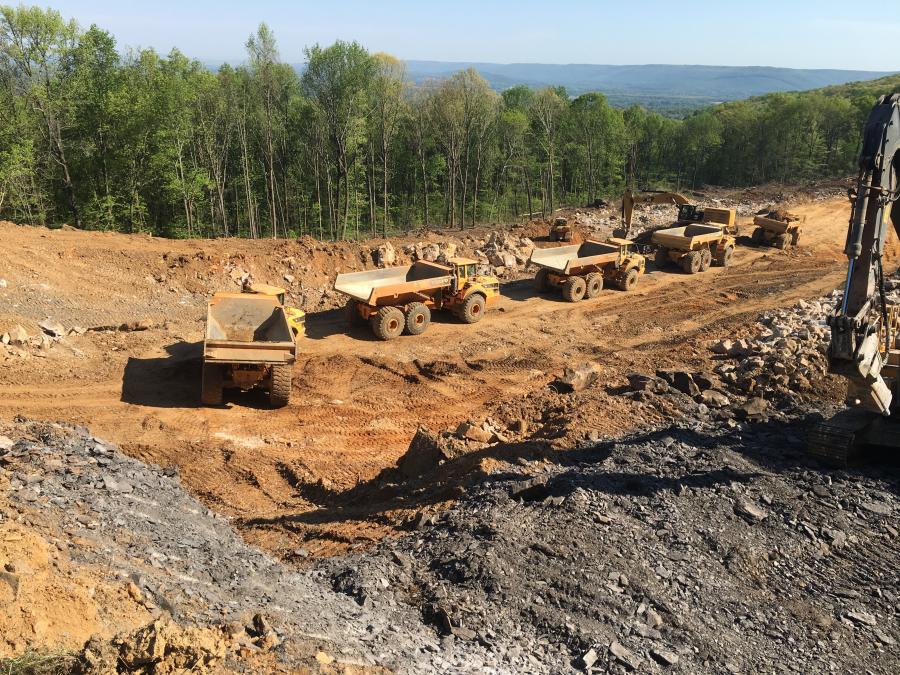 Other factors against a rebuild of the road are money and time. Even moving the road to an entirely new location would be impractical, cost-prohibitive and take years to complete. Rerouting the highway would involve time-consuming surveying, acquiring right of way, and obtaining environmental approvals – all before design and construction could even begin.

Instead, the plan ALDOT is pursuing focuses squarely on the 1,000 ft. of affected roadway and will permanently address the slide area to make U.S. 231 safe for motorists. The transportation agency also believes the solution can be executed within a relatively brief timeframe, considering the magnitude of the problem.

State engineers and geotechnical consultants have decided the best course of action is to construct two, 1,000-ft.-long bridges to span over and across the slide area on the existing roadway alignments. Bridge structures on drilled shafts will safeguard them from future slides, according to ALDOT.

Bids will be opened for the bridge work in early May, said Curtis Vincent, an ALDOT North Region engineer. With that done, the state wants to provide notice to proceed to the winning bidders about a week later.

"We anticipate the contractor(s) mobilizing immediately," Vincent added. "A 12-month timeframe is just a working estimate. We hope that with incentives attached, the construction time will be between six and nine months." 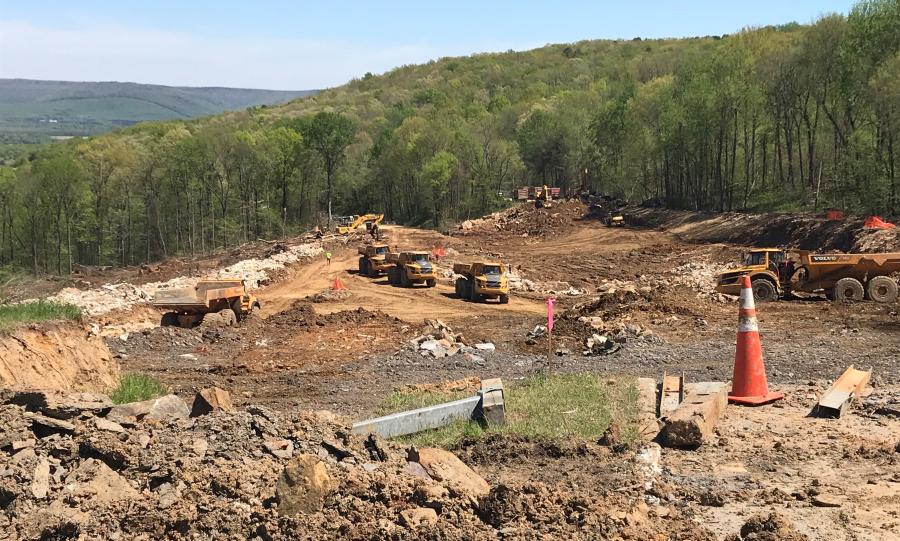 Each of the two new U.S. 231 bridges will be 44 ft. wide from gutter to gutter (two 12-ft. lanes with 10-ft. shoulders). They will feature eight piers apiece (two abutments and six bents), each of them anchored by two shafts, for a project total of 32 shafts. Crews will install the shafts to be 7.5 to 8 ft. in diameter and excavated approximately 15 ft. into sound rock beneath the slide.

"I feel this part of the project is unique in the fact that we are replacing 1,000 ft. of roadway on the side of a mountain with two bridges, which will be socketed into solid limestone to prevent any future movement due to sliding of the surface layers," Vincent explained.

The $18 million project figure is a working estimate as the final bridge design is still being completed, he said, adding that ALDOT decided to preorder and pay $2.4 million for the girders and bearing pads in order to get the procurement and construction moving quickly.

In the meantime, Reed Contracting is currently working hard to move tons of rock, dirt and asphalt from the affected area. More than two months after the slide, over 100,000 cu. yds. have been carried off from the site, despite Mother Nature's delaying tactics. That number is about half the amount of material expected to be removed from the site. 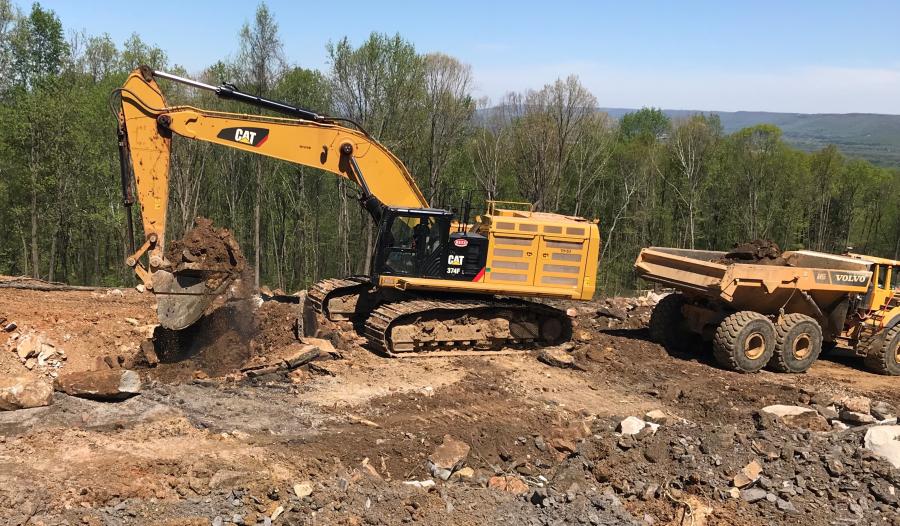 "We have continued to see heavy rainfall across North Alabama, but Reed has continued to work efficiently and has made great progress, with about 50,000 cu. yds. of material excavated in just the first three weeks," Vincent reported. "Wet weather was most impactful during the stage in which we were obtaining information about the slide, as soggy and muddy conditions slowed drilling due to safety concerns and made access to some areas of the site more difficult for rigs."

So far, Reed Contracting has brought in six excavators, 20 dump trucks, five big rock haulers and various other equipment and tools to do the job.

ALDOT North Region Public Affairs Officer Seth Burkett reported that his agency did not anticipate the COVID-19 outbreak will have much of an impact on the U.S. 231 repair project. CEG