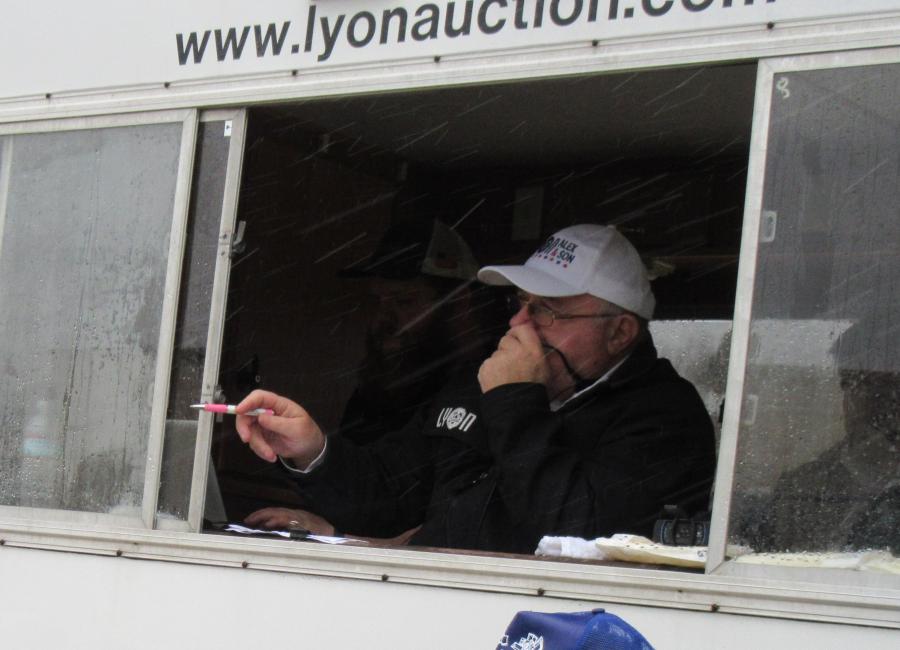 Undeterred by Ohio's often unpredictable weather, Alex Lyon & Son conducted a series of three auctions in the state beginning with an auction in Dayton, Ohio, on Jan. 11th. The auction company moved on for a sale in New Philadelphia, on the 12th before wrapping up with an auction in Columbus, Ohio on the 13th.

Along with a wide selection of trucks and construction equipment, attendees at the sale in New Philadelphia, Ohio on Jan. 12th also were treated to a variety of weather conditions ranging from unseasonably warm and rainy to frigid temperatures and snow. The auction drew a sizable crowd of onsite bidders while also attracting strong online bidding activity. Despite the cold temperatures, Jack Lyon, serving as MC and primary auctioneer, kept the bidding moving along at a heated pace.