Amtrak has opted for a “full reconstruction” of the tunnels — a complex project that requires years of design work and other preparations. 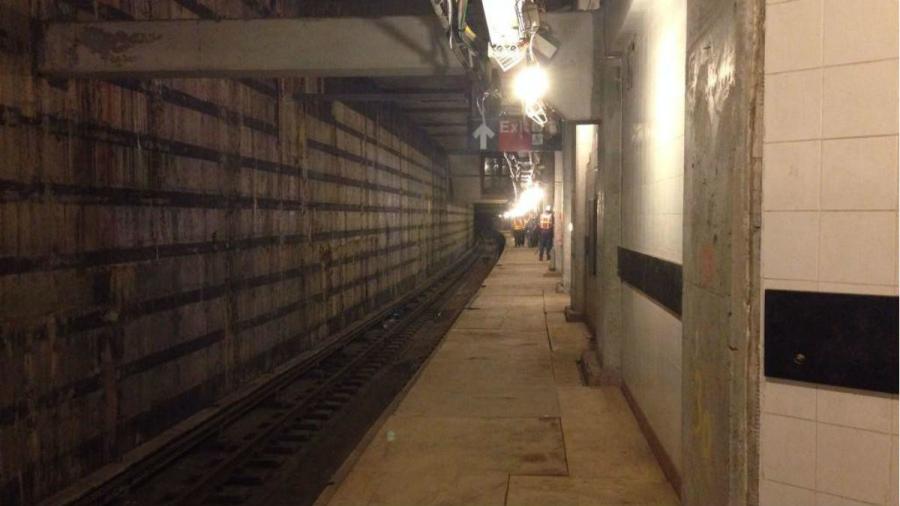 Problems with the East River tunnels were responsible for nearly one-fifth of all the LIRR's increase in delays, cancellations and terminations since 2011, the report said.

Construction work on a critical project to repair damage from superstorm Sandy in East River tunnels used mostly by the Long Island Rail Road may not begin until 2025 — 13 years after the structures were deluged with 14 million gallons of corrosive saltwater.

The work, once expected to begin by 2019, now will cost more than $1 billion — three times original estimates, according to Amtrak. It also will require the LIRR to operate without one of four East River tunnels, or tubes, linking Long Island to Penn Station for up to four years — twice as long as originally estimated, Amtrak officials said Oct. 19.

Even years after water flooded the tunnels in October 2012, residual chemicals continue to eat away at their structure, experts have said.

Sen. Todd Kaminsky (D-Long Beach), after being briefed by Amtrak officials on the plan, called the developments “extremely troubling.” He said waiting more than a dozen years after Sandy to repair the damage could significantly worsen LIRR service disruptions caused by problems in the tunnels — disruptions that have increased 72 percent since the storm, according to a state comptroller's report in April.

Problems with the East River tunnels were responsible for nearly one-fifth of all the LIRR's increase in delays, cancellations and terminations since 2011, the report said.

“Being stuck in a tunnel is not something that we can take lightly. And unfortunately, that's what riders are going to be increasingly looking at,” said Kaminsky, who intends to call for a public hearing to discuss the tunnel-repair project. “It is not an acceptable plan.”

In 2014, Amtrak announced its plan to address Sandy's toll on the tunnels, including from chlorides and sulfates in the floodwaters that “caused and continues to cause damage to the tunnel structures,” according to a report issued by HNTB Corp., a Kansas City, Mo., construction engineering consultant hired by Amtrak.

Amtrak, using HNTB's projections, said the repairs, which largely entailed addressing deep cracks and holes in concrete structures, would cost about $330 million and would necessitate taking each of the two affected tunnels out of service for a year at a time.

Amtrak officials said Oct. 19 that the consultants' report did not factor in the condition of other components of the tunnels, including aging electrical wires and signal systems. So Amtrak has opted for a “full reconstruction” of the tunnels — a complex project that requires years of design work and other preparations. That includes fortifying the other two East River tunnels not damaged by Sandy so they can be as reliable as possible while the other two tubes are offline.

The design phase of the project, which began in 2015, is not expected to be finished until 2020. And, while construction could begin as early as 2021, Amtrak officials said, to minimize the impact that losing one tunnel will have on the LIRR, it intends to wait until the railroad begins running some trains to Grand Central Terminal as part of the Metropolitan Transportation Authority's East Side Access project.

That project, which has been besieged by delays since it was proposed in the 1990s, is scheduled to be completed by late 2022. But it has fallen further behind in recent months, and the MTA has blamed Amtrak for not scheduling construction at the Harold Interlocking, just east of the tunnels, used by both railroads.

“I think the best way to characterize it is that it's a work in progress to figure out what the optimal solution is,” Amtrak Executive Vice President Stephen Gardner said of the tunnel repair time frame. “The good news is that nothing is being held up. We're plowing ahead with the design. We're looking to start the preparatory work as soon as we can.”

Kaminsky questioned the logic of waiting for East Side Access to begin the work, and said Amtrak's repairs in Penn Station this past summer showed that, with enough planning and cooperation, service impacts from major construction projects could be mitigated.

“It's the unpredictable breakdowns that really rankle people,” Kaminsky said. “What we can't have is [a] corroded East River tunnel breaking down unexpectedly, keeping people in a tunnel in the dark for an hour while every other train in the system is backed up and can't get in or out of Penn Station.”

Further threatening to push back the tunnel repairs is a dispute between Amtrak and the MTA over how to pay for them. In June 2016, the Federal Transit Administration awarded the MTA $432 million in “Sandy disaster recovery funding.” Sen. Chuck Schumer (D-N.Y.) has said he persuaded the FTA to award the money with the understanding that the MTA's top priority would be repairing the tunnels.

But MTA officials have expressed a reluctance to spend the entire sum on the tunnels, which are owned and maintained by Amtrak. They have said they intend to abide by their federal requirement to cover about 24 percent of capital costs for the tunnels.

MTA spokesman Jon Weinstein said Oct. 19 that “Amtrak absolutely needs to repair their East River Tunnels that serve our customers,” and that the MTA “will pay our share of the cost of the project.”

“These tunnels are a vital connection for hundreds of thousands of Long Island Rail Road commuters . . . ,” Weinstein said.

Amtrak originally intended to pay its portion of the tunnel repairs with insurance coverage, but a federal court in 2015 capped Amtrak's flood insurance award amount at $125 million. That case is being appealed.

Although Amtrak's Gardner said he believes that the FTA money was earmarked for the tunnels, even if the MTA, which runs about three-quarters of all the trains in the tunnels, pays only its federally required portion of capital costs for the tunnels, it could be more than $400 million.

Schumer, in a statement, urged the MTA to better coordinate with Amtrak to repair the tunnels, which he called “the only lifeline into Manhattan” for “beleaguered” LIRR commuters.

“The bottom line remains that MTA and Amtrak must get on the same page — yesterday — and use the $400-plus million I secured to get shovels in the ground,” Schumer said. “Time is not on our side. Every day that passes without a clear plan from the MTA and Amtrak for how they will advance this project is another day where the costs climb and the tunnels deteriorate.”

Mark Epstein, chairman of the LIRR Commuter Council, criticized what he called “games” being played over the project's funding. Until the work is done, Epstein called on Amtrak to release to the public information about the safety and health conditions in the tunnels.

“If there's even a chance of a safety or a health issue, how does it not go to the top of the list?” Epstein said. “People's health is at risk . . . Something is going to happen, and then everybody's going to say, 'Why wasn't it done?'”

Amtrak declined to provide recent inspection reports for the tunnels, but said they are routinely inspected twice a week.

“The tunnels are not unsafe. They are safe. We maintain them. We'll make sure they're always safe. They will not be in service if they're not safe,” Gardner said. “Our goal is to get this work done. And the sooner we know about commitments and that folks are willing to fund their share and move forward on this, the better.”