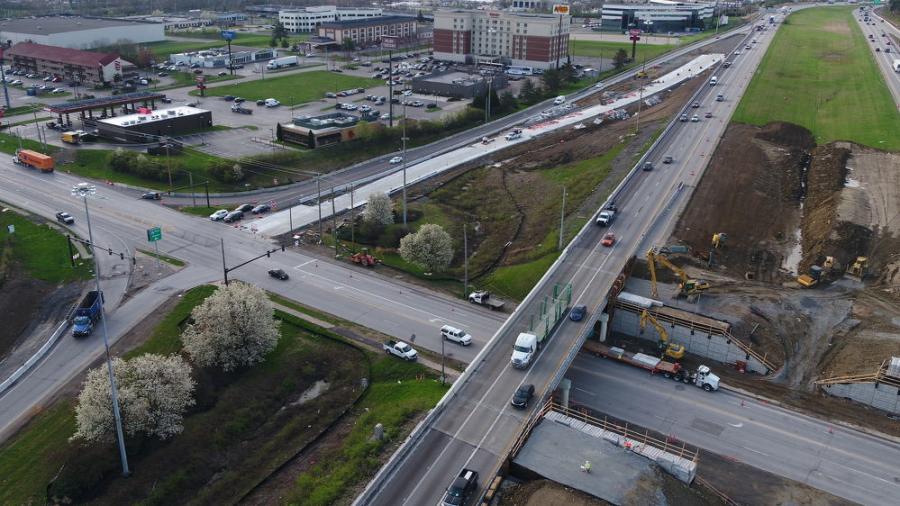 In Cincinnati, Ohio, work continues on the megaproject known as I-75 Thru the Valley. At a cost of $46 million, Phase 8 construction calls for reconstructing I-75 from Glendale-Milford Road to the Kemper Road overpass, adding a fourth lane in each direction and adding capacity at the Sharon Road interchange and at Sharon Road and Chester Road. (Daniel Kammer, UAS Pilot, Ohio UAS Center photo)

In Cincinnati, Ohio, work continues on the megaproject known as I-75 Thru the Valley. At a cost of $46 million, Phase 8 construction calls for reconstructing I-75 from Glendale-Milford Road to the Kemper Road overpass, adding a fourth lane in each direction and adding capacity at the Sharon Road interchange and at Sharon Road and Chester Road. 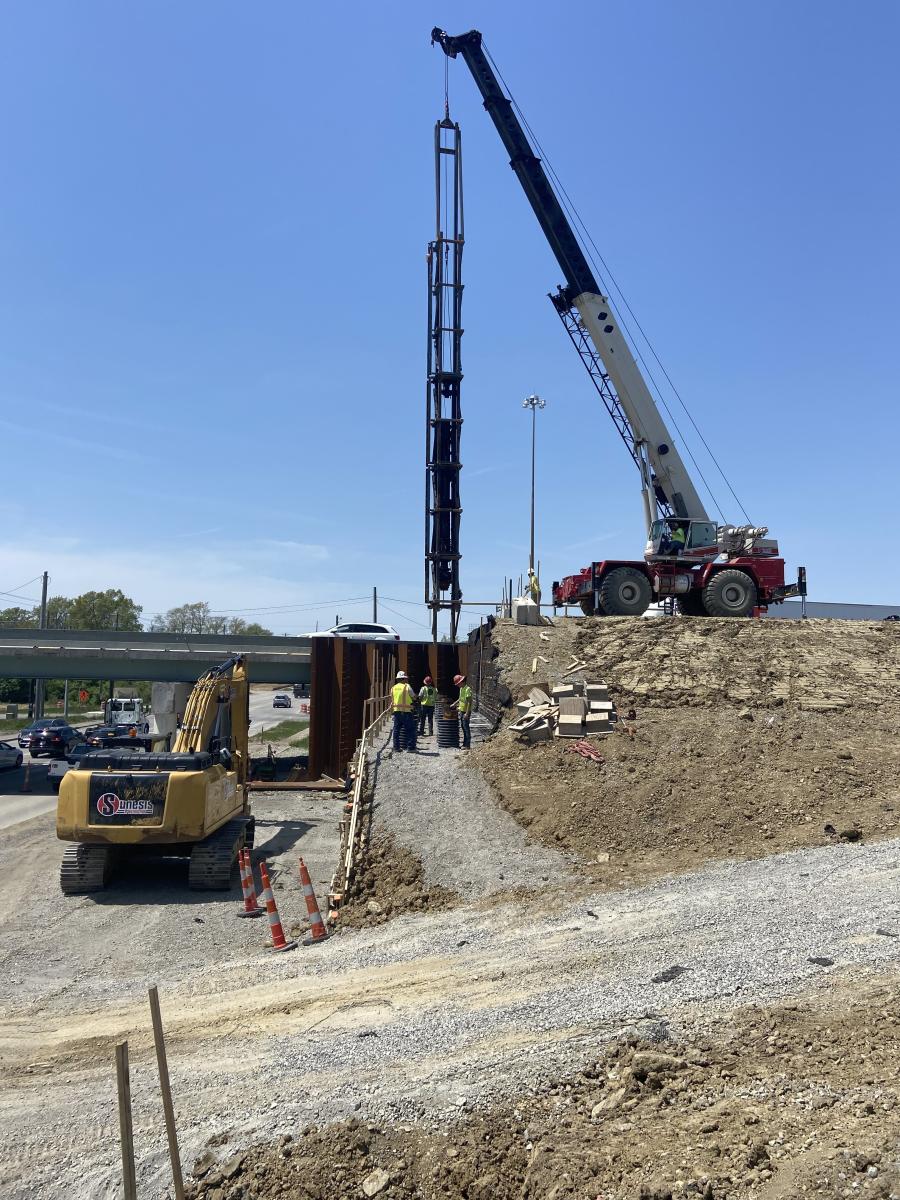 "The goals of the Thru the Valley project are to improve safety and ease congestion on I-75; increase regional mobility; and provide transportation solutions that are compatible with local land use plans," said Kathleen Fuller, Ohio Department of Transportation (ODOT) public information officer. "While adding capacity to meet the needs of the existing traffic demands, widening for a fourth lane in each direction will improve safety for all motorists. Phase 8 is just one of the seven projects that will fulfill these goals."

Fuller acknowledged that traffic backups had become a serious problem.

"Less congestion is directly correlated to a safer roadway, and these issues, which stem from existing traffic demands, generated the need for the series of projects on the I-75 corridor. Once the project was designed and funding was secured, it was ready for bid letting and construction."

Construction is funded through state and federal funds, with allocations from various sources. It's primarily paid for through the department's Major Rehabilitation and Major New programs via the Transportation Review Advisory Council (TRAC).

"Overall, construction is going well," said Fuller. "Like with any multi-year, multi-phase projects, you encounter typical delays related to weather and change orders; however, the project has progressed well since the start of construction.

"As just one component of the corridor of projects to widen the interstate, Phase 8 will ease congestion and provide for the needs of the existing traffic demands, as well as anticipated future demands, thereby serving the entire tri-state area and the motorists who use this busy north-south interstate artery every day."

Construction for Phase 8 started in September 2021 and should be completed by spring 2025. Bridge replacements of structures over Sharon Road and new concrete ramp pavement for entrance and exit ramps to Sharon Road are included in the plans, as well as a ramp metering system for ramp access; new highway lighting, traffic control and traffic surveillance along I-75, drainage work along Sharon Road and additional bridge repairs within the corridor.

Sharon and Chester Road improvements involve adding capacity by widening, reconstructing and resurfacing portions of the roadways and installing a new traffic signal with decorative mast arm at the intersection.

As for traffic concerns, "ODOT has developed a series of lane closure schedules for freeways and expressways, which indicate the hours of the day when one or more lane closures are permitted, and contractors are following these guidelines," said Fuller. "Outside the approved times, all existing lanes and ramps on the mainline [I-75] have been maintained and open to traffic.

"Most of the significant work that would affect traffic is conducted during the late evening and overnight hours, so we are able to minimize the impact to commuters during peak travel times," said Fuller, who added, "It's always rewarding to see projects come to fruition, but ones of this magnitude, that not only take years to develop, design and construct, but also have such a tremendous impact to a significant corridor on the transportation system, are especially fulfilling."

Sunesis Construction Company, who serves as the prime contractor, brings 30 years of experience to the project.

"The company is committed to quality workmanship and building a superior project in the safest manner possible," said Fuller, who noted that projects of this scale are always challenging, especially given the amount of traffic and the scope of work involved.

"Constructing an additional lane in each direction to widen the interstate, as well as the construction of auxiliary lanes and bridge and ramp work, is a considerable task in and of itself, but it is even more challenging with the more than 144,000 vehicles traveling this section of the interstate every day."

Site conditions in this section of I-75 were favorable prior to the start of construction, with the majority of prep work amounting to the clearing of trees and other vegetation within the right-of-way where the interstate will be widened.

"Tree and brush clearing was undertaken through a separate contract in the spring of 2021, prior to the start of construction for Phase 8," said Fuller. "This was done using track hoes with hydraulic grinding heads, skid steers with grinding heads and chainsaws. Clearing was limited to within the right-of-way for the project, and all large trees [more than 13 feet] were felled by the end of March 2021, per the plans. The remaining low-level brush was cleared by early June 2021, prior to contract completion."

Approximately 172,800 cu. yds. of material will be excavated during construction. The project is still in its early phases, with key tasks including bridge work, excavating for pavement work, auxiliary lane construction, ramp reconstruction, lighting, cable/conduit installation and signalization. 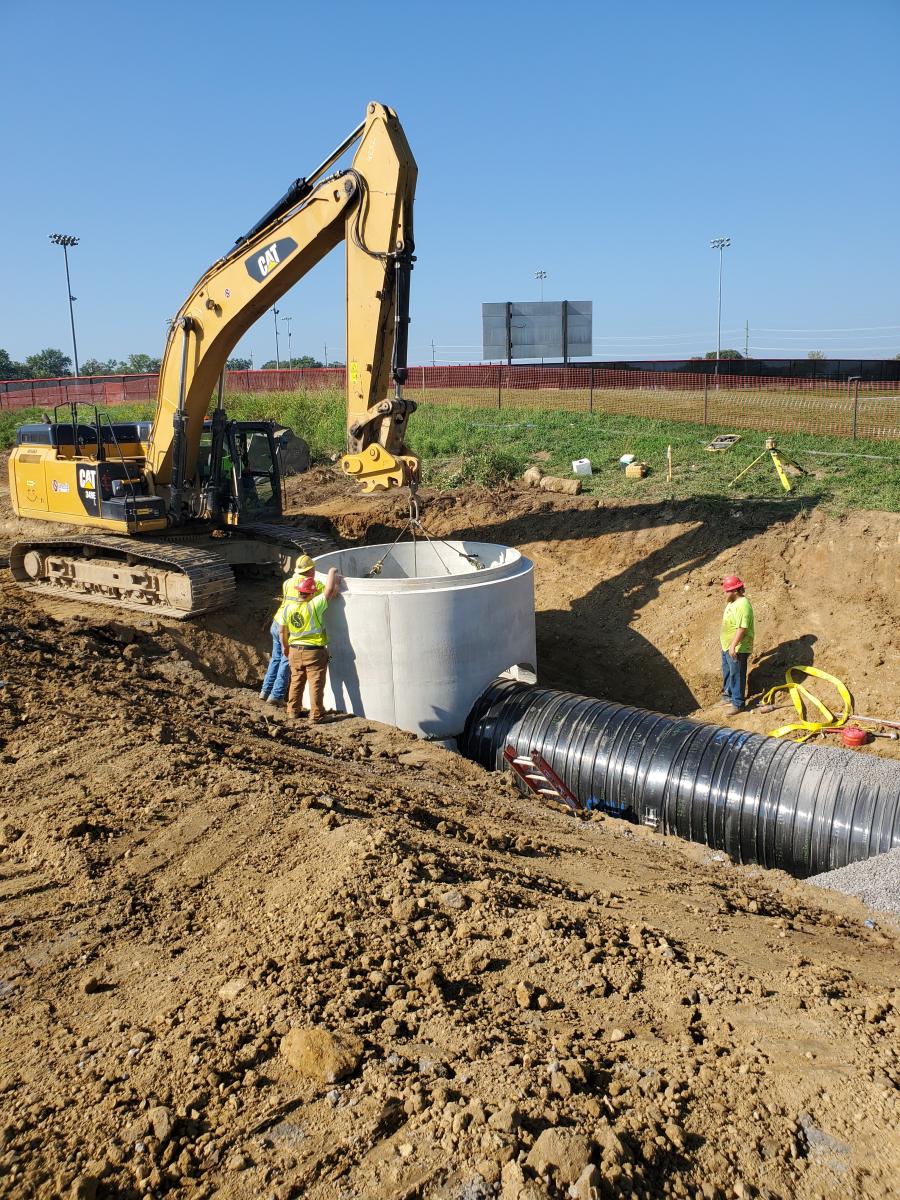 To date, the elements haven't caused any problems.

"Certainly, weather always plays a role in construction, especially in the spring when we have more rain in our area. Although it has affected some daily operations, it hasn't had a tremendous impact on the overall schedule, yet."

Fuller added, "Projects of this type, that have such a tremendous impact on the transportation network and the motorists who use this heavily traveled interstate, bring a sense of accomplishment and pride for those who work on them from start to finish. Overcoming challenges and delivering a project that will improve safety, reduce congestion and provide a benefit for the local community and the region is incredibly satisfying." CEG