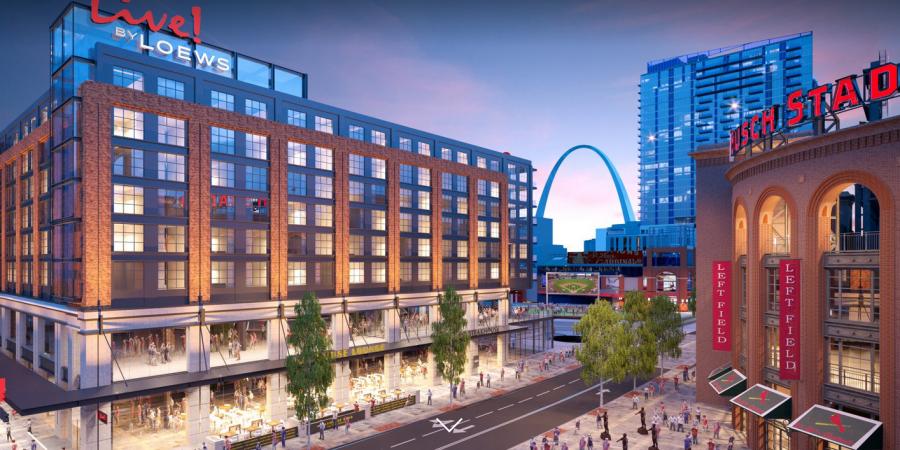 The Live! By Loews-St. Louis hotel will be across the street from Busch Stadium. (Loews Hotels photo)


ST. LOUIS (AP) Loews Hotels & Co. plans to build a $65 million hotel as part of the second phase of the Ballpark Village in downtown St. Louis.

The Live! By Loews-St. Louis hotel will be across the street from Busch Stadium. The St. Louis Cardinals say construction on the $260 million second phase is scheduled to begin by the end of this year.

Loews said in a news release the hotel will have 216 rooms, meeting and event space, a grand ballroom and an outdoor event terrace.

In addition to the hotel, the second phase of Ballpark Village is expected to include a 29-story luxury high-rise apartment tower and more retail and entertainment businesses.

The Cardinals said the second phase will create 1,500 construction jobs and more than 1,000 permanent jobs.

To read more about the Ballpark Village see Cardinals Get Go-Ahead for $220M Project.