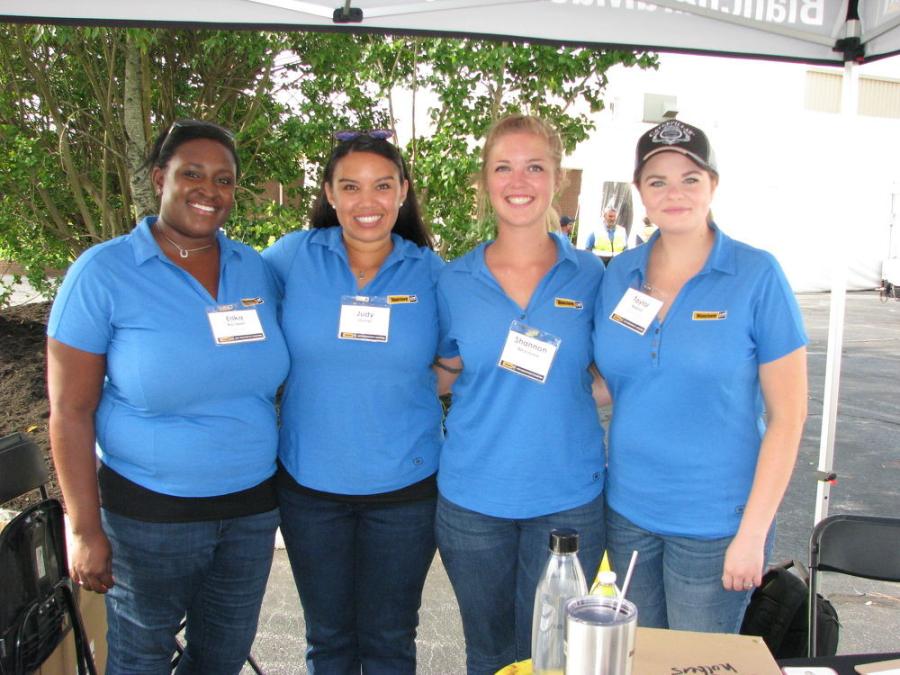 As with the first two demos, professional operators provided a complete demonstration of the all-new Next Generation Cat 320GC, 320 and 323 hydraulic excavators, and Blanchard staff members provided informative break-out session demonstrations of various key aspects of the machines.

At the conclusion of the Simpsonville, S.C., demo event, Brad Fultz, Blanchard Machinery's vice president of marketing, sat down with Construction Equipment Guide for a brief interview. Fultz stated that from what he heard, the customers are saying these new machines are “game changers.”

He added that he also is hearing customers say that they know they should be doing more with technology and these new Cat excavators are a “good way to get in.” Because of the abundance of standard technology, the Next Generation hydraulic excavators put them in the game without extra, up-front investment and with the ability to add upgrades when they need them, according to Fultz.

Fultz also noted that machines are arriving now for sale and also are being loaded into the company's rental fleet. Blanchard Machinery has already seen sales from its previous demo events.