The question is whether or not the project will be Trumped? 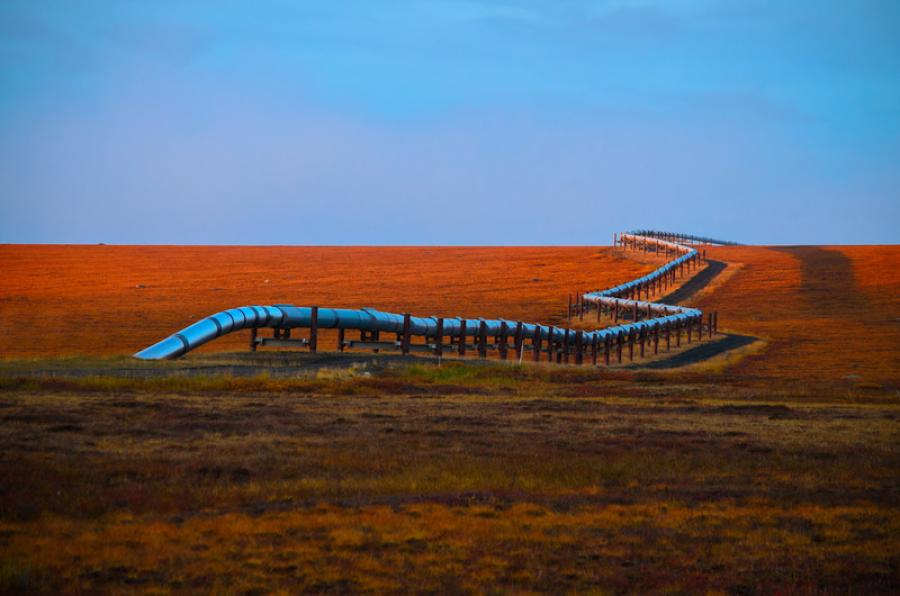 TransCanada's Keystone XL Pipeline Project expects a revived turn of events post conclusion of the U.S. presidential election 2016. The company is looking up to President Donald Trump to wave the green flag for the construction of this project. A previous proposal seeking Presidential Permit was scrapped by the Ex-Commander-in-Chief citing heavy protests from environmental organizations and activists. Following this decision by the U.S. Administration, the company had filed a Notice of Intent claiming unjustified denial to the benefits of the North American Free Trade Agreement (NAFTA). Now with the change in political scenario in the region, the company has high expectations with the new republican representative who will rule out in favor of their and the public's economic interests.

The Keystone XL, a 1,179-mile, 36-inch in diameter planned pipeline extending from Hardisty, Alberta to Steele City, Nebraska, was envisioned to carry crude oil. The project had held growth hopes for the northerners, as they saw it as a carrier of employment and financial opportunities. In addition, the project had the potential to ensure safe and reliable fuel energy for them. The construction equipment industry has been on a constant low over the past decade, apart from witnessing some short-lived hikes every now and then. This project was received with warm intentions from the leading players in the industry.

Exactly five detailed studies and a 17,000-page compilation of scientific analysis was produced by the U.S. State Department. Over a prolonged review of seven years President Barack Obama, denied granting the Presidential Permit required for the construction of the project. According to the State Department's Record of Decision, granting the permit would have looked bad on the account of U.S. climate leadership and quoted “understanding of the community” as the key reason. The decision was released in on November 06, 2015. It was received with much reproach, especially when the administration had accepted a fairly positive socio-ecological impact of the project. For that matter, Secretary of State John Kerry even acknowledged that granting or denying the permission will not impact Canada's oil production by any means. Thereby, denial of the permit on an open ground quoting that it would tarnish the global reputation.

In an initial press release the company proposed to file a fresh application after considering all available options. It reiterated its commitment towards construction of the Keystone XL pipeline in the best benefit of the fellow Americans. After an exact period of two months, TransCanada announced legal action using NAFTA privileges and filed a litigation against the administration. The cases currently rest with the U.S. Federal Court awaiting further proceedings.

The decision gained excessive controversial momentum when other industry veterans voiced in criticism in support of construction of the Keystone XL. The loudest opinion remained against mixing political and corporate agendas, while overlooking the trade and financial welfares of its own people. Given the pronounced stance on foreign trade and NAFTA policies, it is difficult to predict President Trump's outlook on extending support for the Keystone XL project. His personal history with the Canadian Lands and his deep-seated interest in the oil business, in combination with his views on isolating North American trade, do not indicate towards any solid promises.

Effect on the Construction Equipment Industry

Projects such as Keystone XL bring huge business incentives for the service providers and financing institutions in the construction equipment industry. For a sector that has continuously registered slow progress on rental revenue charts in previous years a better support mechanism is expected from the ruling authorities. Despite this, the overall growth figures for the industry has continued to reflect excess profits. In a case when research studies indicate the increasing government investment in infrastructure spending to be one of the top impacting factors in this segment, extended administrative regulations should not be the reason holding it back. While some public projects are being supported by federal funds and infrastructure, a few suffer a bitter fate due to similar differences in political agenda. The paradox of impetus by governmental organizations is a major restraint for the industry. If overcome in due time, the construction equipment industry will be successful in attaining the financial goals set for this decade.