BLOG: Remember When People Laid bricks? You Can't? Neither Can I. 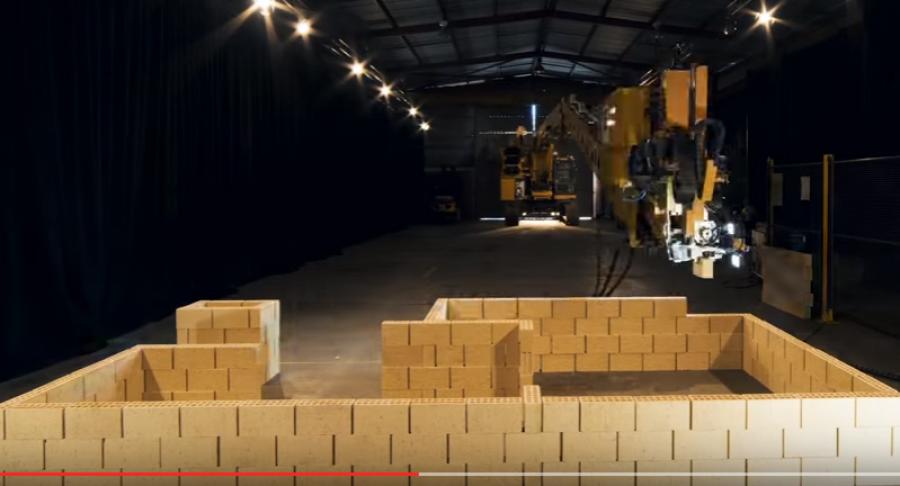 There always will be bricklayers and buggy drivers, of course, but not so many.

For at least 7,000 years, people have been piling up bricks to create structures. It is a time-honored construction method. The method is likely to be honored for many years yet to come, but the “people” element may go missing.

Developed in Australia over the last decade, the technology is coming to market as Fastbrick Robotics.

The heart of it is a CAD system joined to a 3D computer application. Almost as impressive is the machinery it empowers. Bricks are automatically loaded, cut, routed and placed using a truck-mounted boom more than 90 feet long. Mortar or some kind of glue is injected at placement.

So many things might go wrong. A 90-foot reach? Ever tried placing a brick accurately just at arm's length? But the manufacturer says the long-distance brick-delivery boom makes automatic corrections at the mind-boggling rate of 1,000 a second to put each brick within .5 mm of its intended location. That's even better than your average bricklayer, I suspect, given the human propensity to err.

The Hadrian system reminds me of Tiger Stone, the paver-laying machine that came out of the Netherlands a half-dozen years ago. It is a much-less sophisticated contraption that lets workers feed pavers into it in a desired pattern. As it slowly moves forward, the machine compresses and lays the pavers on a bed of sand in a continuous sheet like a roll of thick linoleum.

Neither of these machines will entirely supplant human workers, but stewards of bricklayer locals surely are losing sleep. They have begun to see a future where manual bricklaying is confined to boutique jobs, remote projects, and nostalgia exhibitions. There always will be bricklayers and buggy drivers, of course, but not so many.