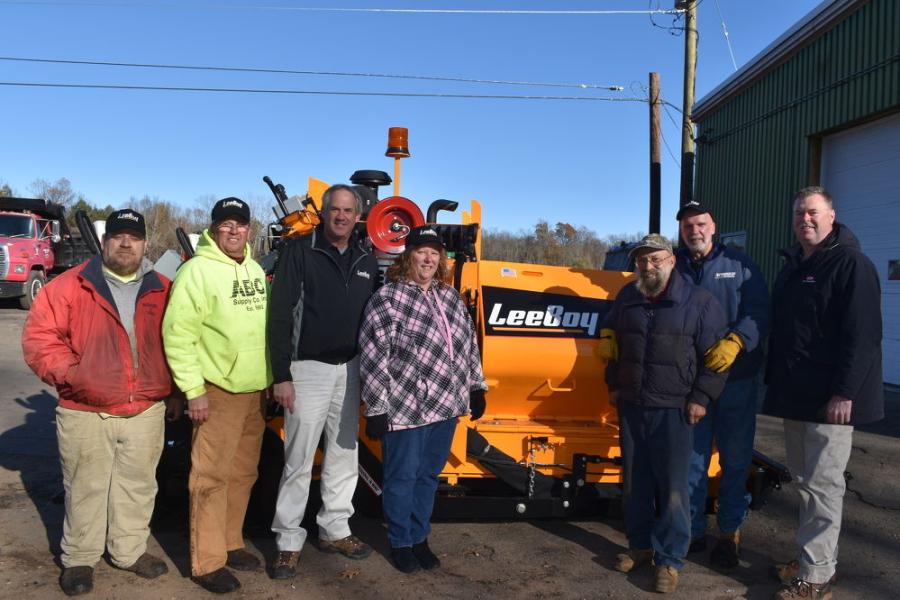 The third generation of the Boutin family recently took the helm of Boutin & Sons Construction. But this time around, it's a daughter who is running the show, following the death in January 2019 of Ray Boutin, second-generation president and father of Corrine Boutin.

Despite having worked at the company since she was 20 years old, the shoes Corrine was set to step into were pretty big ones, and the task at hand seemed daunting. 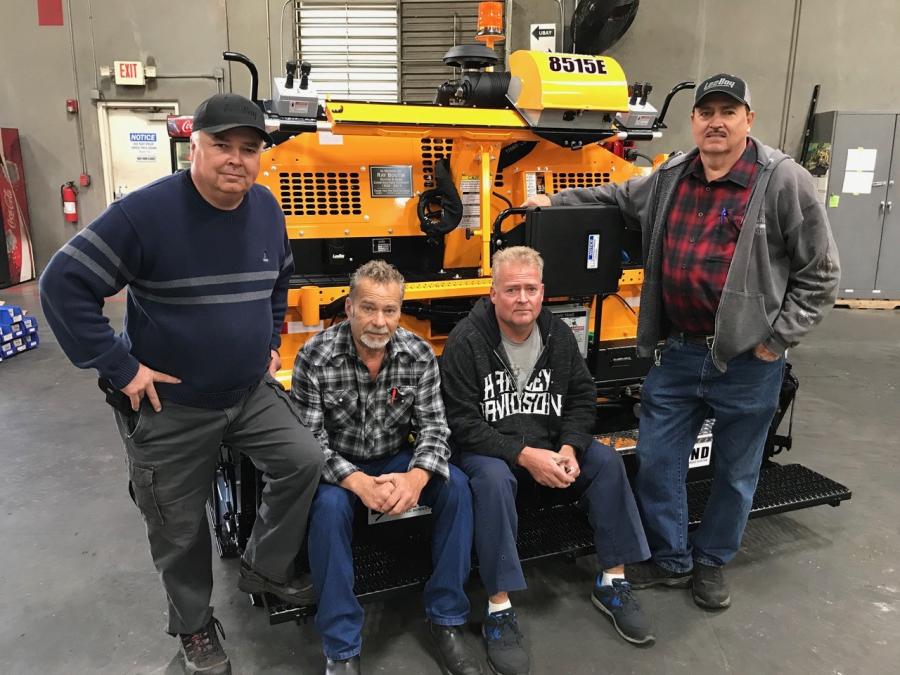 "Frankly, I was scared. I was nervous," she said. "I was afraid that people would not have confidence in my abilities, and I had all winter for that to get into my head. The reality is that the way my dad brought me up, I had no option to give up and once the spring season came and we started our projects, it became very evident that everything was going to be okay. However, it would not have been possible without the support of my employees, who were behind me 100 percent of the way."

Boutin & Sons Construction was founded in 1955 by Corrine's grandfather, Gerry Boutin. Gerry started out making masonry blocks and building blocks progressed into building septic systems. The suburbs of the Hartford area were growing rapidly, and Gerry was quite involved in working in some of the rapidly expanding developments. One of the local developers suggested that it might be a really good idea if they expanded their business into residential paving. Gerry took the advice and eventually he and his son, Ray, found themselves transitioning their company into focusing exclusively on the paving trade.

Over the years, Boutin & Sons Construction developed the reputation of being the premier paving contractor in the Hartford area.

"Around here if you see a 20-year-old driveway that still looks pretty good, it's a good bet that it was built by Boutin & Sons," said Greg Hurlburt of The W.I. Clark Company. "They have a reputation for getting it right the first time and on the rare occasion that they do not get it right they immediately come back and fix it."

Today, the company has seven men on its paving crew, with some of them having been on board for 40-plus years.

A part of the philosophy that has been the stock and trade of Boutin & Sons Construction has been a commitment to keeping its pavers well-maintained and replacing them about every three years.

"A properly maintained paver is going to consistently lay down a good mat that will keep our customers satisfied," Corrine said. "Our whole operation relies upon the performance of a single paver — if that paver goes down, we are essentially out of business, so we never keep a paver long enough to take that risk." 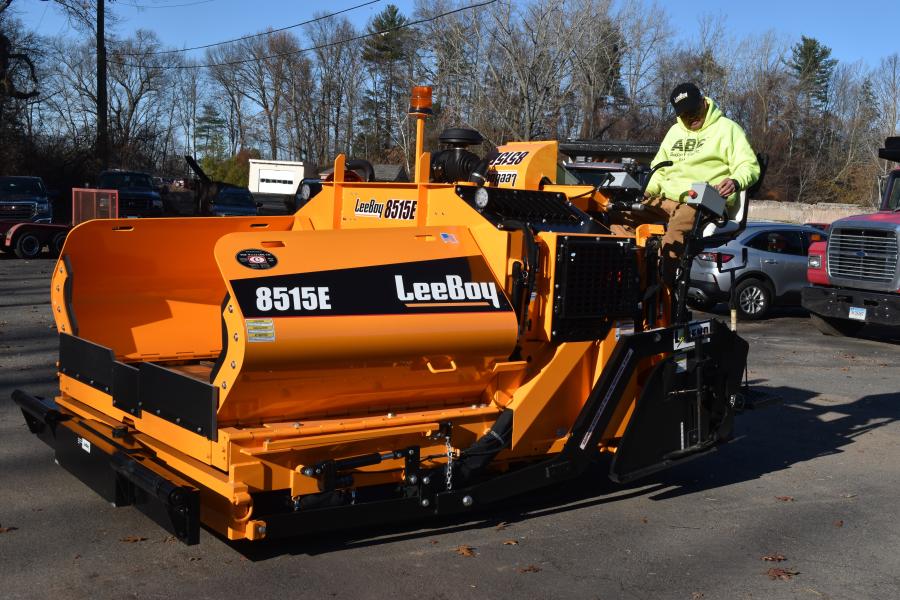 On top of everything else that Corrine had to deal with the first year of running the family business on her own, 2019 was the year to replace the paver.

"There was never really any question of what paver we would be purchasing," she said. "For as long as I have been in the business, we have only run LeeBoy pavers. We have always purchased new pavers and for the previous two, The W.I. Clark Company was our local dealer and Greg Hurlburt our sales representative."

Hurlburt had known Ray Boutin well and had admired his work for a long time. Growing up, Hurlburt's grandfather had been a competitor of Ray's and had to reluctantly admit that Ray and his crew was one of the few in the area that could lay down a mat that was consistently as smooth as his grandfather's.

Hurlburt wanted to do something special with the new paver when it came time for the order to be placed, in honor and memory of Ray Boutin. Hurlburt took the idea to Jim Harkins, his factory representative with LeeBoy, and Harkins, in turn, took the idea to his bosses at LeeBoy.

All were receptive to the idea: a memorial plaque that would be mounted on the side of the new LeeBoy 8515E as it was being assembled at LeeBoy's facility in Charlotte, N.C. 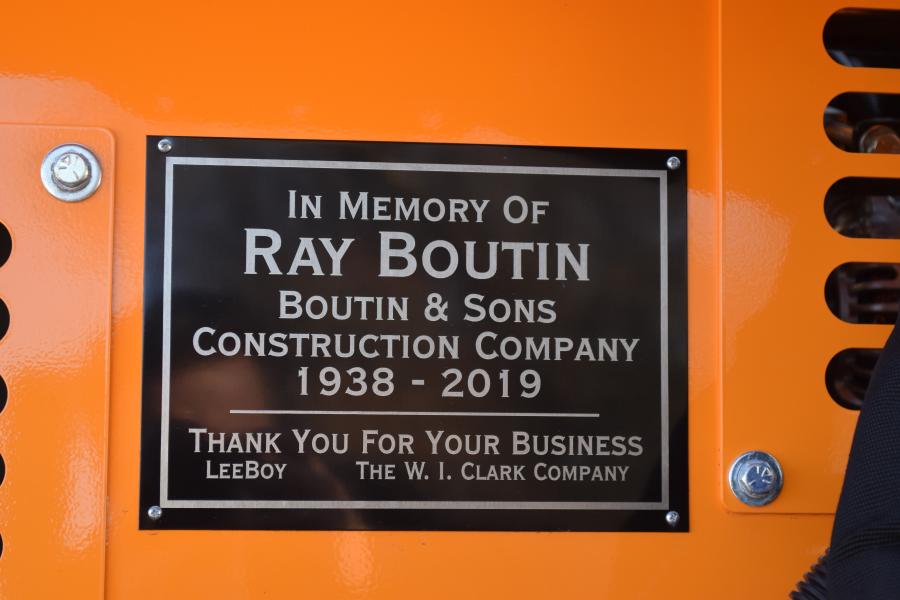 Hurlburt presented this idea to Corrine, who was greatly moved by the thoughtfulness of the gesture, and on Nov. 12, 2019, the new LeeBoy 8515E was delivered to Boutin & Sons Construction Company prepped and ready to go to work.

Harkins and Hurlburt were both present to not only give the paving crew a quick update on new features of the 8515E model that they were not familiar with, but also to present Corrine with a photograph of the Lee family posing with her paver as it came off the assembly line.

The founding family of LeeBoy had taken a personal interest in the Boutin story and wanted to express their appreciation.

"This was a very special day for all of us at Boutin & Sons," Corrine said. "Buying LeeBoy pavers has always been an easy decision for us. There is no other paver in its size category that even comes close to their quality and technology, and The W.I. Clark Company gives us tremendous support. To see this level of caring and compassion from both The W.I. Clark Company and LeeBoy takes it to a whole new level. All of us at Boutin & Sons express a great big thank you to everyone who was involved in honoring my dad with this special paver."