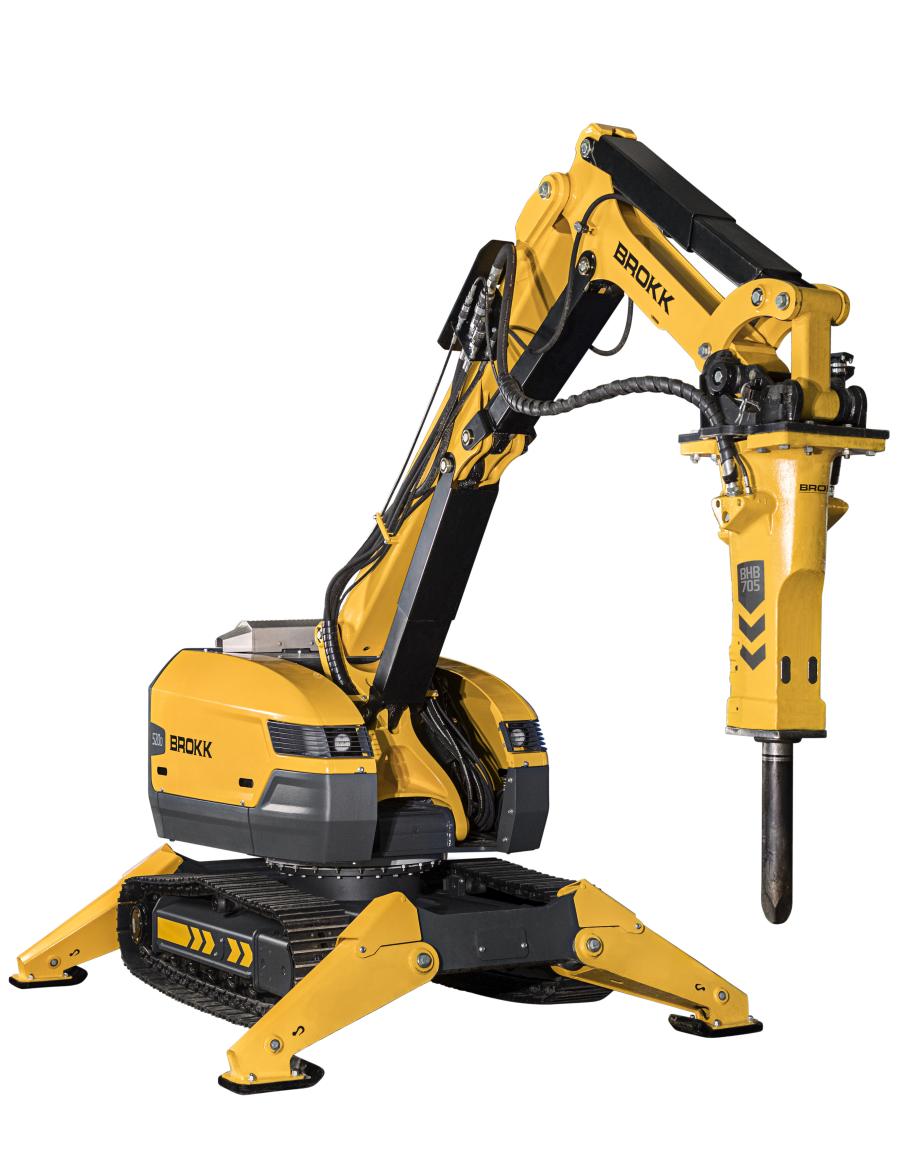 Meeting both Tier IV Final and European's Stage IV emission standards, the Brokk 520D is the most eco-friendly diesel demolition robot on the market, according to the manufacturer. The 520 Dreplaces the Brokk 400D, one of the first diesel models released, andcomes equipped with Brokk's SmartConcept technology, boasting 40 percent more hitting power.

The Brokk 520D is one of four new next generationBrokk remote-controlled demolition machines Brokk highlighted at World of Concrete 2019.

"Demand for diesel-powered machines has grown in recent years, especially from construction and demolition contractors who often need the extra power diesel-fueled machines can provide."said Martin Krupicka, Brokk Group CEO."With a power increase and design enhancements, the Brokk 520D provides a power-packed solution that retains a relatively small footprint for its hitting force."

The Brokk 520D is the only diesel model out of the company's four newnext generation remote-controlled demolition machines. Like the other next generation models, the 520D featuresBrokk's new SmartConceptsystem, including the SmartDesign and SmartRemote. SmartDesign extends machine life and provides ease of maintenance due to 70 percent fewer cables as well as hardened components, LED headlights and easily accessible grease points and hydraulic hoses. An ergonomic remote-control box, the SmartRemote, incorporates adjustable straps, intuitive controls and professional-grade radio technology with a 984-ft. (300-m) working range.