"The bridges were considered structurally deficient and functionally obsolete," said Steve Schapiro, NJDOT's deputy director of communications. "Planning for this project began in the fall of 2014. Both bridges are on important local roadways and carry quite a bit of traffic.

The federally-funded project, which began in spring 2018, is expected to be completed in late November/early December. Carbro Contractors Corporation secured the contract in November 2017.

The work also includes providing a continuous full-width right shoulder on Route 3 in both directions to help ease congestion, and improvements to the Polito Avenue and Rutherford Avenue intersection, including traffic signal upgrades and ADA compliant sidewalk ramps.

The project is being constructed in five stages, and NJDOT is using Accelerated Bridge Construction (ABC) techniques. For the first two stages, the work included improving the Route 3 median for both bridge piers, relocation of utilities, drainage improvements and upgrades to the Polito and Rutherford Avenue intersections. Stage 3 covered the reconstruction of the Ridge Road Bridge, Stage 4 is the reconstruction of the Orient Way Bridge and Stage 5 will have crews remove the existing bridge abutments from both bridges and build a continuous full-width right shoulder on Route 3 in both directions.

"There are substantial utility challenges involved with this project, including extensive sewer and electrical work," said Schapiro. "NJDOT is coordinating all of our work with PSE&G, Verizon and other involved parties to ensure that drainage work and transmission line installation is completed on time. Both bridges are designed for a 75-year service life per NJDOT and AASHTO standards. 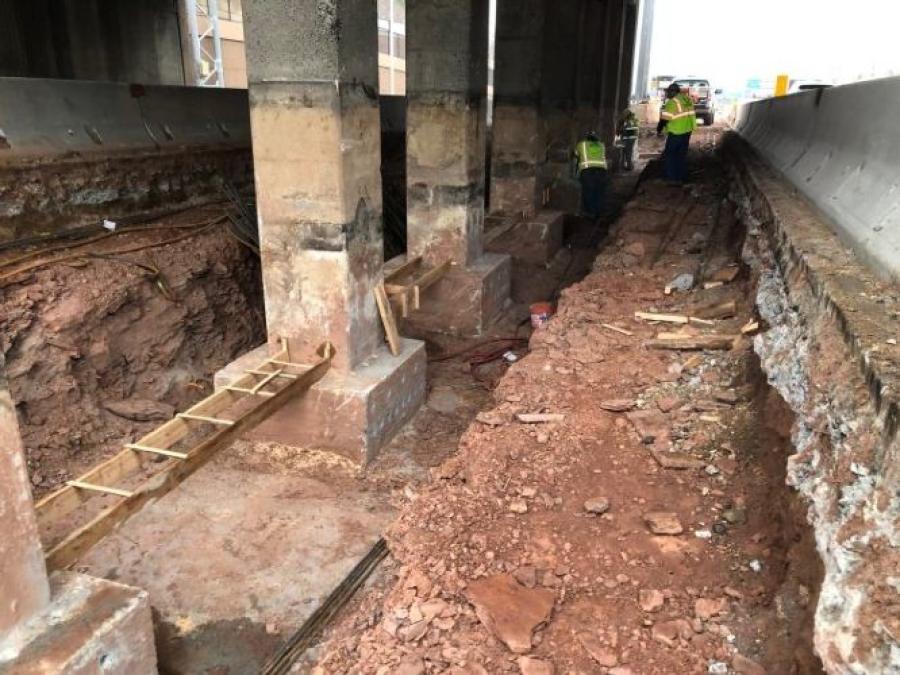 "ABC uses innovative planning, design, materials and construction methods in a safe and cost-effective manner to reduce the on-site construction time that occurs when building new bridges or replacing and rehabilitating existing bridges," he added. "This approach is allowing the project to advance at a quicker pace, reducing traffic impacts and cost."

Two lanes of traffic will be maintained in each direction as the works proceeds. Temporary lane and ramp closures and detours are the basis of the traffic management plan. The night time closure of the left lanes on Route 3 on Aug. 13, for instance, allowed Carbro Contractors to work on the center pier of the Orient Way Bridge.

The project began in February 2018. The first part of the project demolished and reconstructed Ridge Road.

"During this phase of the project, a portion of Route 3 was widened to include full-width continuous shoulders in each direction and the improvements to Polito and Rutherford avenues," said Schapiro. "The Ridge Road Bridge was completed and reopened in February 2020. The Orient Way Bridge was closed in March 2020 to begin demolition and reconstruction. It is expected to be completed this winter."

NJDOT has provided Carbro with staging and prefabrication yards, and areas to store equipment.

The bridge reinforcement work required removing concrete, which was close to 3 ft. deep, and replacing concrete along the retaining walls.

Due to the use of temporary 15-minute overnight lane closures of Route 3 in both directions for the weekends of Sept. 10 to 13 and Sept. 20 to 23 in 2019, Carbro was able to set steel beams for the Ridge Road Bridge. This was followed by the relocation of the utilities under the old bridge and the placing of precast sections of the new bridge.

The work also included installing cast-in-place for the deck and sidewalks with updated ADA-compliant curb ramps, placing a parapet wall on the bridge's west side, construction of new approaches to the bridge, pouring the foundations for the new traffic signals for the Rutherford Avenue intersection on the south side of the bridge and the Marginal Road/Barrows Avenue intersection on the north side; and installing poles on the north side of the bridge. 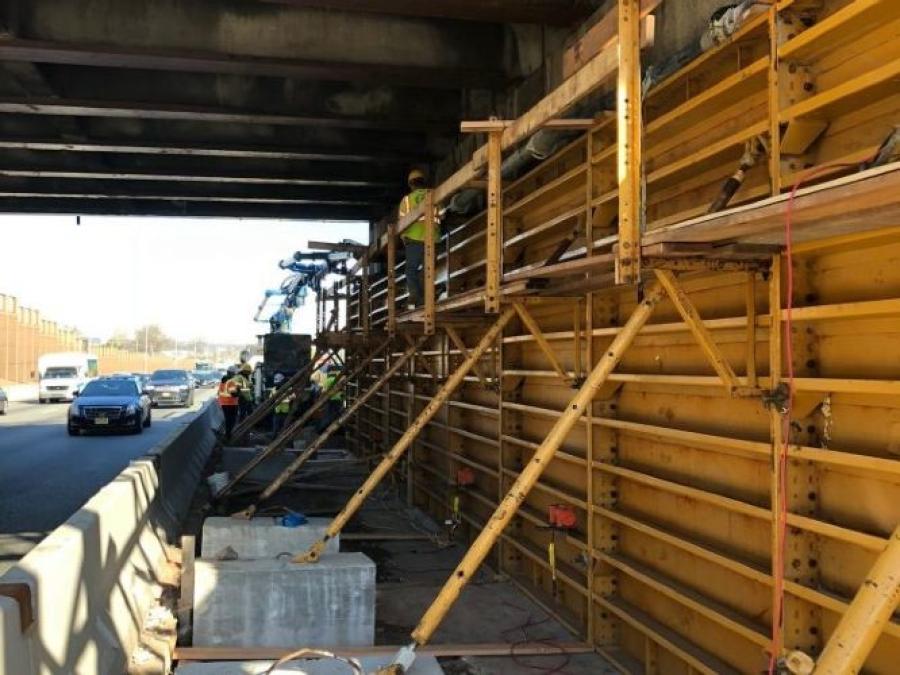 The final elements for the new bridge, much of which was done last spring, had crews install the new traffic signals on both sides of the structure; sidewalks on the east side; place curbs on the bridge deck; guide rails; pave the intersection; and complete the striping. They also placed a dedicated northbound left turn lane and a northbound lane at the Rutherford Avenue intersection, which required a section of the existing concrete island to be demolished and replaced.

The amounts of concrete, steel and asphalt that will be generated from the demolition operations have not been tallied yet. The new Ridge Road Bridge will consist of approximately 600,000 lbs. of structural steel and 940 cu. yds. of concrete (360 cu. yds. of precast and 580 cu. yds. cast-in-place).

The number of Carbro and subcontractor workers on the job site fluctuates depending on the type of work being done. Local and regional subcontractors are participating on the project.