China Looks for Answers in Wake of Deadly Scaffold Collapse 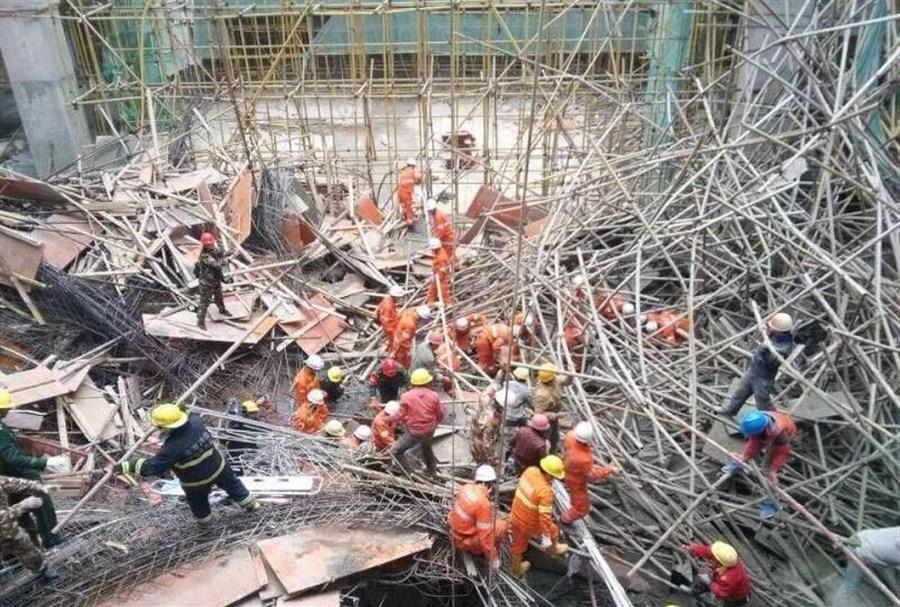 More than 60 people were working on the platform and another dozen were on the ground waiting to begin their shift when the platform collapsed. (Shanghai Daily photo)

Chinese police have detained nine people, and the death toll has reached 74, after the deadly construction site collapse in Jiangxi province on Nov. 24.

The 74 died when a crane toppled at about 7 a.m., causing scaffolding and a construction platform to collapse inside an unfinished cooling tower at the Fengcheng Power Plant project.

Rescue crews were recalled from the site after a final search on Nov. 25 found no new casualties, the provincial government said.

More than 60 people were working on the platform and another dozen were on the ground waiting to begin their shift when the platform collapsed.

One worker, Wang Yaosheng, told Xinhua how he narrowly escaped death by running away when he saw the falling platform.

“Several elevators collapsed," he said. "All those on the platform fell and were crushed by the steel bars and other materials. I was shocked.”

The new cooling tower is part of a $1.1 billion expansion plan of Fengcheng Power Plant, which is owned by state-owned Jiangxi Ganneng Co. Ltd. Trading of its shares was suspended Nov. 24 following the accident.

Liao Huishou, an engineer from the firm in charge of the project, told Xinhua that it is a complicated project because of its double-curve design.

“Time was very pressing and the construction was very difficult,” said Liao.