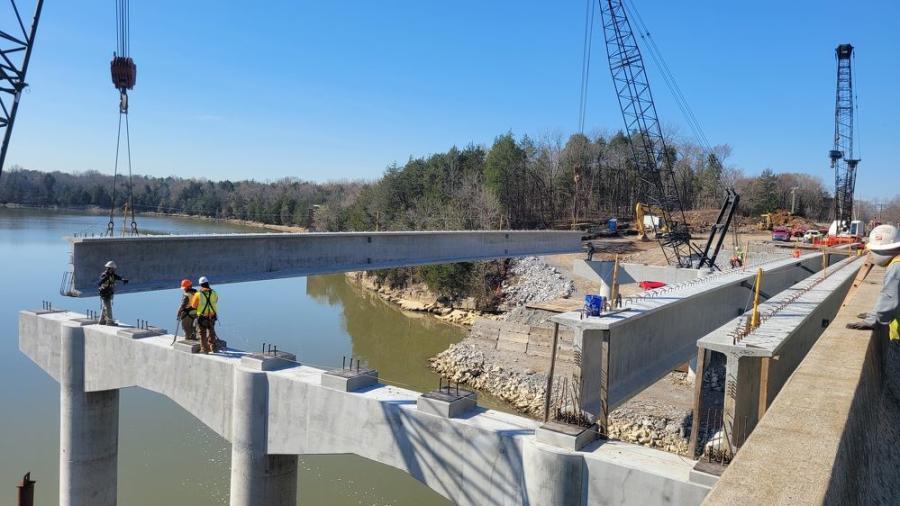 Tasks remaining include finishing utility relocation; Phase 1 of bridges; Phase 1 of roadway; and swapping traffic to Phase 2, for the rest of the roadway and bridges to be built. (Tennessee DOT photo)

The Tennessee Department of Transportation (TDOT) is overseeing a project in Rutherford County designed to improve safety on Jefferson Pike Road (S.R. 266). Construction crews are widening roughly 4 mi. of the existing two-lane roadway to four travel lanes from Nissan Drive (S.R. 102) to I-840. The plans also call for an additional center turn lane at intersections.

"This is a $61 million dollar project, with $20 million dedicated to roadway/grading, $20 million for bridges and $20 million for utility relocation/new installation," said TDOT Operations District Supervisor Clinton Carpenter. "All three components are major undertakings that require a great deal of coordination and planning to accomplish simultaneously."

Carpenter said now is a good time to perform the work.

"This community is growing at a rapid pace, and the road that used to be somewhat of a rural route has become a vital artery for the area, especially for truck traffic. It needs to be safer, and it needs to be able to handle the increased volumes that are occurring."

A new bridge will be constructed over the Stones River, and the bridge over I-840 will be widened to include four travel lanes and a center turn lane.

There will be signal modifications at the intersection of Jefferson Pike and Nissan Drive and new traffic signals at Hickory Grove Road and the I-840 eastbound and westbound access ramps.

The project will allow for improved sight distance, with alignment significantly straightened. Construction calls for turn lanes to separate turning traffic from through traffic, a raised median throughout most of the project to separate directions of travel, along with adding traffic signals at Hickory Grove and I-840 ramps.

As with most projects, motorists will be affected during construction. TDOT is taking steps to make sure detours go as smoothly as possible.

"Crews will implement traffic shifts, lane closures, flagging operations, rolling roadblocks and other traffic control methods to complete various operations. There will be trucks entering and exiting the highway. It's expected numerous short duration side road closures will be necessary."

TDOT has worked closely with Smyrna officials in planning for the road project.

"During construction, we have progress meetings twice a month that include Town of Smyrna officials to keep them updated on the status of the project, and to give them an opportunity to voice concerns they are hearing from residents," said Carpenter. "The Smyrna police department has been very helpful in monitoring work zones to reduce vehicle speeds.

"The town helps get the word out to the public, emergency personnel and schools when high impact traffic control measures are upcoming."

Civil Constructors LLC serves as the prime contractor. The notice to proceed was January 2021, with work officially beginning the following month. The completion date is late July 2024.

Work involved in the widening project includes utility relocation; grade work; stormwater structures; bridge construction; and major traffic shifts. There are numerous key steps involved in each aspect of this project. Road and bridge construction are usually performed in phases, based on where traffic is running. Completing each phase is essential.

Construction has progressed well, with most work being focused from the bridge over Percy Priest Lake to I-840.

Grading operations have centered on excavating cut sections and building embankments. For Bridge 1 over Stones River/Percy Priest Lake, crews are currently setting Phase 1 beams. Workers are setting poles and placing wire in sections throughout the project. In addition, sewer construction involves building a new lift station near I-840. Crews are preparing to start a 36-in. water line, and gas line installation is progressing.

The Bridge 1 over Stones River/Percy Priest Lake Phase 1 substructure is complete. Also, significant stretches of roadway have been built to subgrade.

The job has included blasting for earthwork. The existing bridge over Stones River/Percy Priest Lake also will be demolished after Phase 1 of the new structure is complete.

The plan's quantity for road and drainage excavation is 360,000 cu. yds. This includes 165,000 cu. yds. scheduled to be excavated from the Army Corp of Engineers property at the West Stones Fork boat ramp to offset flowage easement fill.

The planned quantity for borrow excavation totals 200,000 cu. yds. to be hauled in from off site.

Tasks remaining include finishing utility relocation; Phase 1 of bridges; Phase 1 of roadway; and swapping traffic to Phase 2, for the rest of the roadway and bridges to be built.

Carpenter said soggy conditions have proven to be the biggest weather factor.

"Rain and wet conditions prevent grading work from being productive, especially with the clays we are using."

A variety of excavators and bulldozers are needed to complete the work, along with dump trucks and cranes. Main materials include aggregate, asphalt, concrete, steel reinforcement, power poles, water line, sewer line and gas line.

Carpenter stressed that safety for both workers and the traveling public is a major concern, along with maintaining traffic flow and coordinating between all the stakeholders involved. 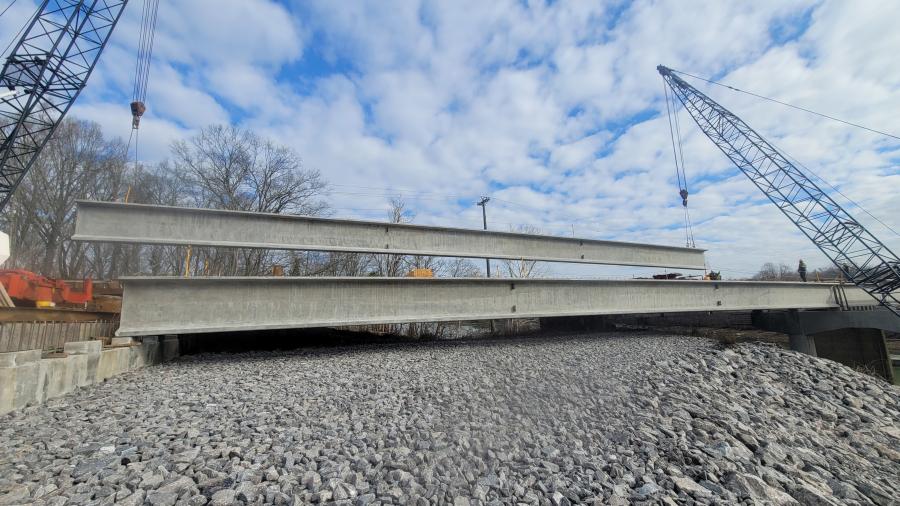 "We are happy to get this important widening project under way," TDOT Commissioner Clay Bright said in a news release. "Smyrna and the Rutherford County area are growing rapidly. This project will help support that growth and make safety improvements to the corridor."

While much work remains on the project, Carpenter said having the opportunity to improve road conditions makes the long hours bearable.

"It's humbling and rewarding to be able to contribute to a project that, when completed, will enhance the safety of the roadway and support the economic prosperity of the community. Road construction can be a thankless venture, due to the inconvenience it can cause to the traveling public, but it's well worth the struggle when the project is complete." CEG