The California Highway Patrol issued an Amber Alert for the baby in Monterey County at the request of Soledad police at around 6 a.m. 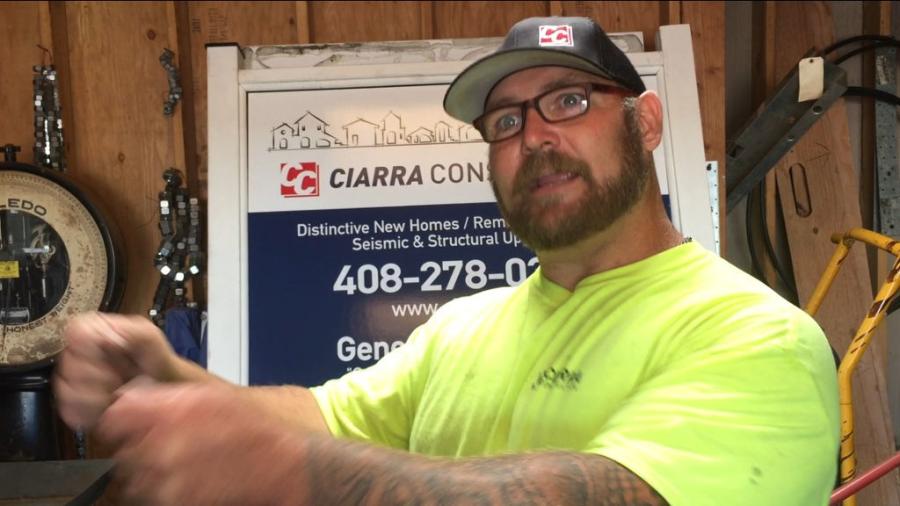 Colin Belvin rescued baby Emiliano Salinas from the back seat of a stolen vehicle in San Jose.

According to authorities, Emiliano Salinas was abducted from the town of Soledad, about 25 miles south of the City of Salinas, shortly after 4:47 a.m.

Police said the boy's father put Emiliano in his car seat, leaving him in the car as he ran back inside his home. While the father was away, the suspect stole the car with the boy in the back seat.

The California Highway Patrol issued an Amber Alert for the baby in Monterey County at the request of Soledad police at around 6 a.m., asking drivers to look out for the vehicle, a 1992 white Honda Accord with California license plate No. 6RGB061.

The thief then drove the stolen car from Soledad to the 600 block of Walnut Street in San Jose near Guadalupe River Park.

At around 7:15 a.m., the suspect knocked on the door of an RV belonging to Mamas Ramirez. The woman said the suspect tried to get her to take the child.

“He said, 'Take this baby. I grabbed this car and there's a baby in it. I don't know what to do with babies,'” Ramirez told KPIX 5.

While the suspect was talking to Ramirez, Colin Blevin, a man who was arriving at the nearby construction business Ciarra Construction where he works, noticed the baby in the back seat of the car.

“I didn't want to get involved, but once I saw the baby a second time, I didn't have a choice,” Blevin said.

Police said Blevin was concerned because the suspect appeared to be under the influence of drugs.

“I asked him, 'Is this your baby?' He said, 'No, the person who gave me this car left the baby in there.' He wasn't concerned in the slightest. He was spun out or something,” Blevin said.

He could also tell that something was wrong from how Ramirez looked at him.

“The lady, she walks towards me with her eyes kind of pleading, saying 'Help me save this baby.' And right then I was in,” said Blevin.

Blevin said as he questioned the man, the suspect tried to break into another vehicle. Afraid for Emiliano's safety, Blevin took the baby and called 911.

“That set off this whole chain reaction. It turned out he was this Amber Alert baby, baby Emiliano,” explained Blevin.

When police arrived, officers took custody Emiliano and called in medical personnel. After the baby was medically cleared, he was reunited with his parents late Monday morning.

The suspect left the scene, according to police. His identity has not been released and he remains at large.

The incident remains under investigation. Police are using fingerprints taken from the vehicle and looking for surveillance video to find the suspect.