Even with the rising cost, the price of the two-team stadium in West Palm Beach pales to some of the more costly efforts in Arizona. 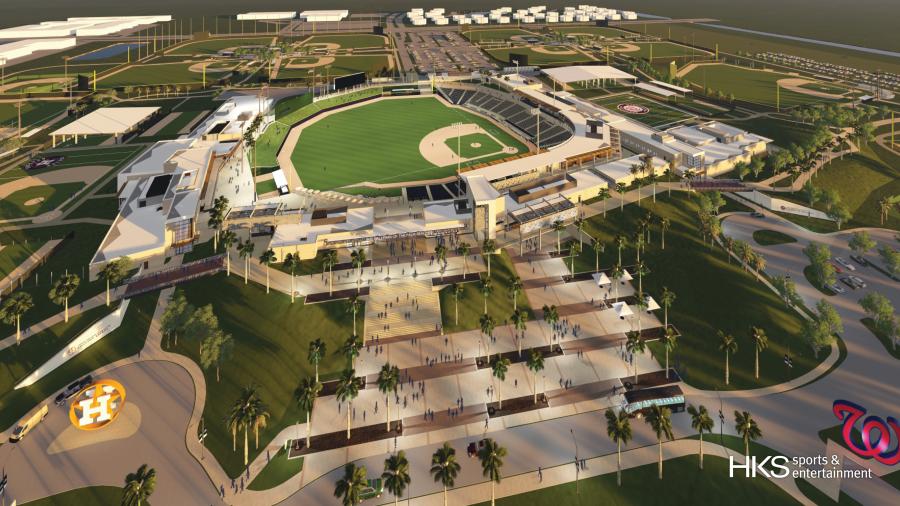 Artist rendering of the Ballpark of the Palm Beaches.

The final construction tab for The Ballpark of the Palm Beaches, the new spring training home of the Washington Nationals and Houston Astros, could go as high as $153 million, an Astros official said.

Even with the rising cost, the price of the two-team stadium in West Palm Beach pales to some of the more costly efforts in Texas. For instance, Salt River Fields at Talking Stick, which opened in 2011 as the spring home of the Arizona Diamondbacks and Colorado Rockies, cost $226 million.

No matter what the final cost, Palm Beach County's contribution, $113 million in tourism tax revenue to help finance construction bonds, will not change. Neither will the state of Florida's allocation of $50 million. The county money will be meted out over decades to retire principal and interest on bonds issued to cover construction.

All overruns beyond the $135 million price approved in 2015 will be paid for by the teams.

"There were clearly some adds that we didn't have in the original budget,' Kibbe said. "It's all on the teams and it is going to be itemized.'

The teams will figure out the final tab later this year, after they finish their first spring training season in the 160-acre facility on Military Trail south of 45th street. Spring training starts Feb. 14 for the Nationals and Feb. 15 for the Astros.