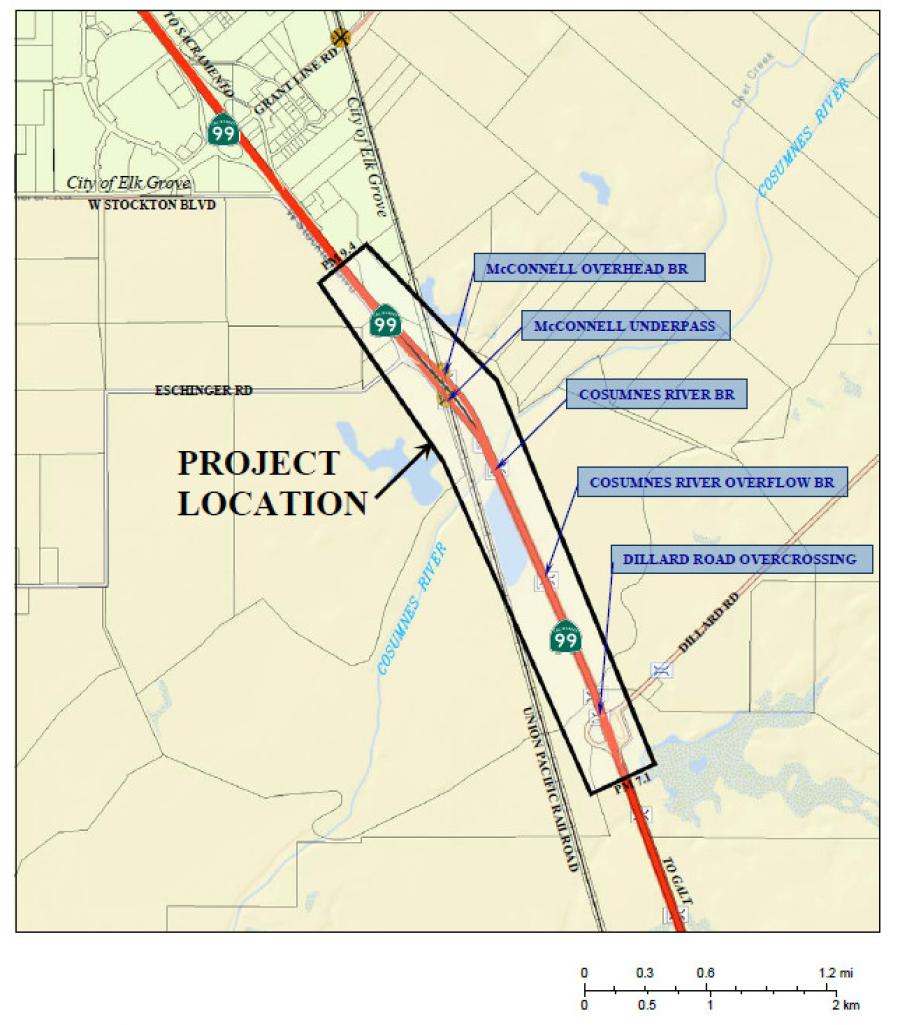 Granite announced recently that it has been awarded the Child Project 4 (CP4) portion of the Construction Manager/ General Contractor (CM/GC) contract of the Cosumnes Bridge Replacement Project by the California Department of Transportation (Caltrans) in Sacramento County, California. This CM/GC contract is part of a phased delivery of the overall $158 million project. The $16 million project contract is included in Granite's second quarter 2020 backlog.

"It has been our honor to be the CM/GC for five of the seven projects, and a testament to the experience and quality of our team."

Granite completed the early work portion of this project in December 2019 which included the construction of two app-roaches to the new overhead railroad bridge, foundations and approach fills for two temporary alignment bridge widenings, and procurement of the precast girders for the railroad bridge.

CP4 is a segment of the overall parent project which has been subdivided into seven contracts to allow construction to proceed while design is being completed on other improvements. The segmentation of the project allows for an accelerated delivery, which is one year ahead of schedule to the timeline anticipated by the owner.

"The Granite team has worked alongside the Caltrans design and field teams for the last 18 months to develop the most cost-effective and best plans to deliver these critical improvements safely and ahead of schedule," said Granite Senior Project Manager George Delano. "It has been our honor to be the CM/GC for five of the seven projects, and a testament to the experience and quality of our team."

Construction materials for the project will be supplied by Granite's Bradshaw Facility.

Construction began in June 2020 and will conclude in October 2022.

Incorporated since 1922, Granite is one of the largest diversified construction and construction materials companies in the United States as well as a full-suite provider in the transportation, water infrastructure and mineral exploration markets. Granite's Code of Conduct and strong Core Values guide the Company and its employees to uphold the highest ethical stan-dards. In addition to being one of the World's Most Ethical Companies for eleven consecutive years, Granite is an industry leader in safety and an award-winning firm in quality and sustainability. For more information, visit the Granite website, and connect with Granite on LinkedIn, Twitter, Facebook and Instagram.